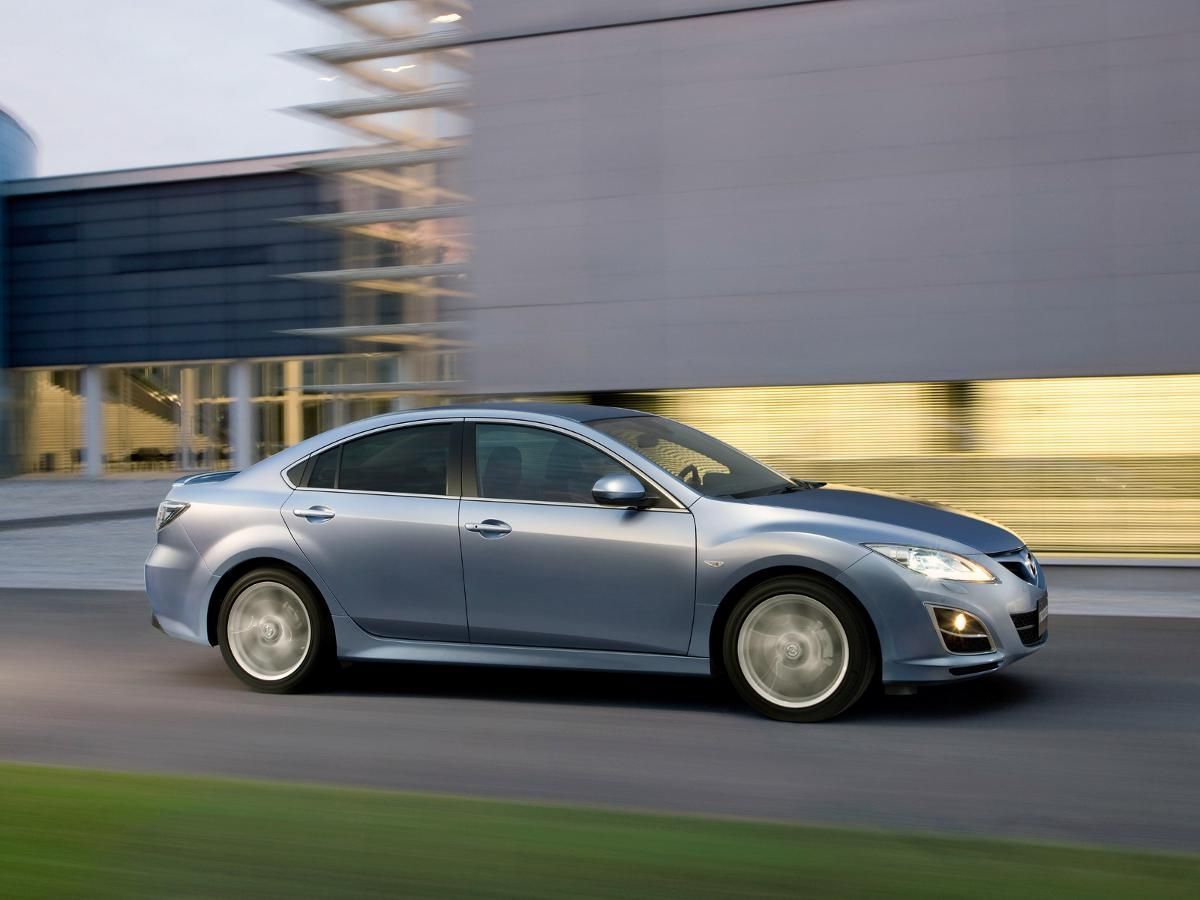 The Mazda6 is interesting and stylish. A major upgrade in 2010 has made it a more attractive proposition than ever.

Best on a budget
2.2 TS Diesel
The least powerful diesel, but quick enough.
Best seller
2.2 Sport Diesel
Great performance and lots of equipment..
Blow the budget
2.5 Sport
The fastest and the best to drive.

The original Mazda6, the second-generation car launched in 2007 and the facelifted 2010 version look handsome in their different ways. The latest 6 is handsome and sharp-looking, and unmistakable for anything else on the road. Every car in the range, apart from the entry-level S, has a rear spoiler, which improves the looks but blocks rear visibility.

Another thing that was changed in 2010 was the interior, and again Mazda has done a good job here. Silver-ringed dials and soft-touch plastics have made the 6’s cabin a more pleasant place to be and it’s also comfortable and spacious in the front. Taller rear passengers may find their heads coming into contact with the roof lining.

There’s certainly nothing wrong with the 6 here. Luggage space with the rear seats up is 510 litres, which isn’t far from what the Ford Mondeo and Vauxhall Insignia offer. Fold down the rear seats, though and you get access to 1,702 litres – enough to leave the Ford and Vauxhall well behind. The rear sill isn’t at floor level, but it’s not too far from the ground either.

The original 6 was a wonderful car to drive, and possibly the best in its class at the time. The 2007 version was disappointing in comparison and was widely criticised for it. Mazda took note of the complaints and revised the suspension and steering for 2010 with great results, at least as far as the petrol-engined cars are concerned. They ride well and handle beautifully, the steering in particular being both smooth and precise. The diesels feel clumsy over bumps and round corners and a sharp clutch action makes them difficult to drive away from a standstill. They’re also noisy by modern standards.

Mazda fits three petrol engines to the 6 – 118bhp 1.8-litre, a 153bhp 2-litre and a 168bhp 2.5-litre – along with three versions of the same 2.2-litre turbo diesel producing 127bhp, 161bhp or 178bhp. The most powerful petrol and diesel produce similar results, the petrol car being slightly quicker at 137mph flat out and 0-62mph in 8.4 seconds. However, the diesels pull so well from low revs that most people will probably find the least powerful version more than adequate, even if its 121mph top speed and 10.9 second 0-62mph time don’t seem very exciting on paper.

The star player here is of course the 127bhp diesel, which manages 54.3mpg on the combined fuel economy cycle and emits 138g/km of CO2. The other diesels share the same official economy figure of 52.3mpg, but that might be harder to achieve in everyday motoring. If on a budget it’s not worth thinking about the 168bhp 2.5-litre petrol engine, as this gives the 6 a CO2 figure of 186g/km.

Mazdas are well known for being reliable, and even though the 6 is not the star player in the line-up it has a good reputation. It’s impossible to guarantee that any car will be trouble-free, but it would be very unlucky to experience major problems.

Like nearly every other large family car crash tested by EuroNCAP, the 6 has been given a five-star rating, but its adult occupant protection score of 77 per cent is the equal lowest in the category. The safety organisation noted there was risk of injury to the knees of the driver and front passenger in a frontal impact, and rated the car marginal in the whiplash test. It did better in the child occupant protection test, though, and was praised for having electronic stability control in all trim levels. Every 6 is fitted as standard with front, side and curtain airbags, traction control, and brake assist as standard – unlike some other manufacturers, Mazda doesn’t ask you to pay extra for greater safety. The only exception to this is that hill hold assist is available only on the more expensive TS2 and Sport, although it’s more of a convenience feature than a safety one.

There are four trim levels called S, TS, TS2 and Sport and they all have an emergency stop signal system as standard. The TS2 and Sport have front and rear parking sensors and Hill Hold Assist, while the Sport also has active bi-xenon headlights. Most versions have cloth trim, although it’s part-leather on the Sport. If you want full leather you have to buy a TS2 or Sport and specify it as an option.

It’s a mainstream car, which is reassuring, but it’s also different enough to be interesting. The petrol versions are particularly impressive. Visit the Mazda website now for more information on the Mazda6. 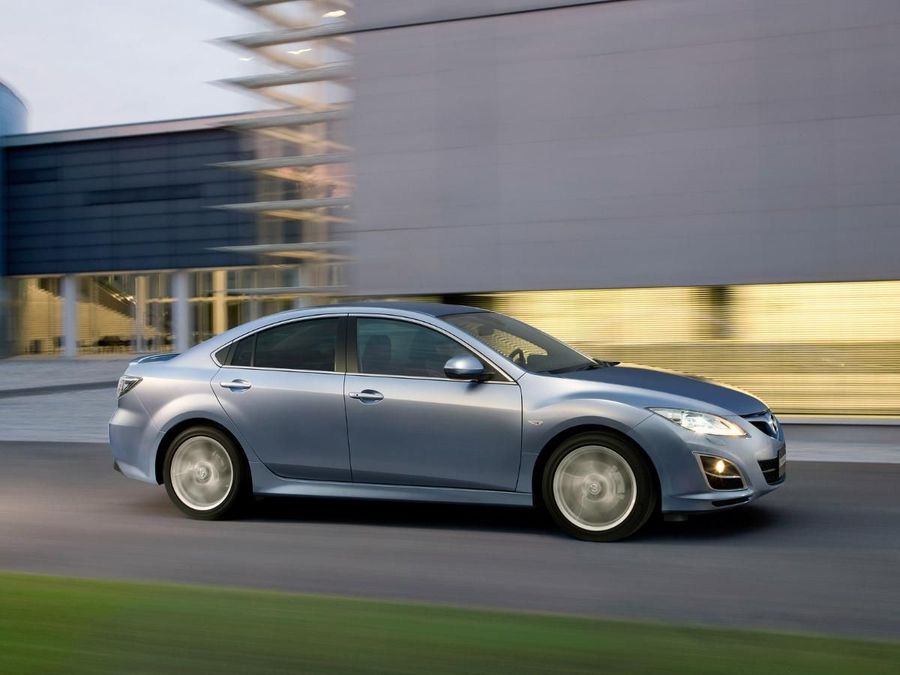