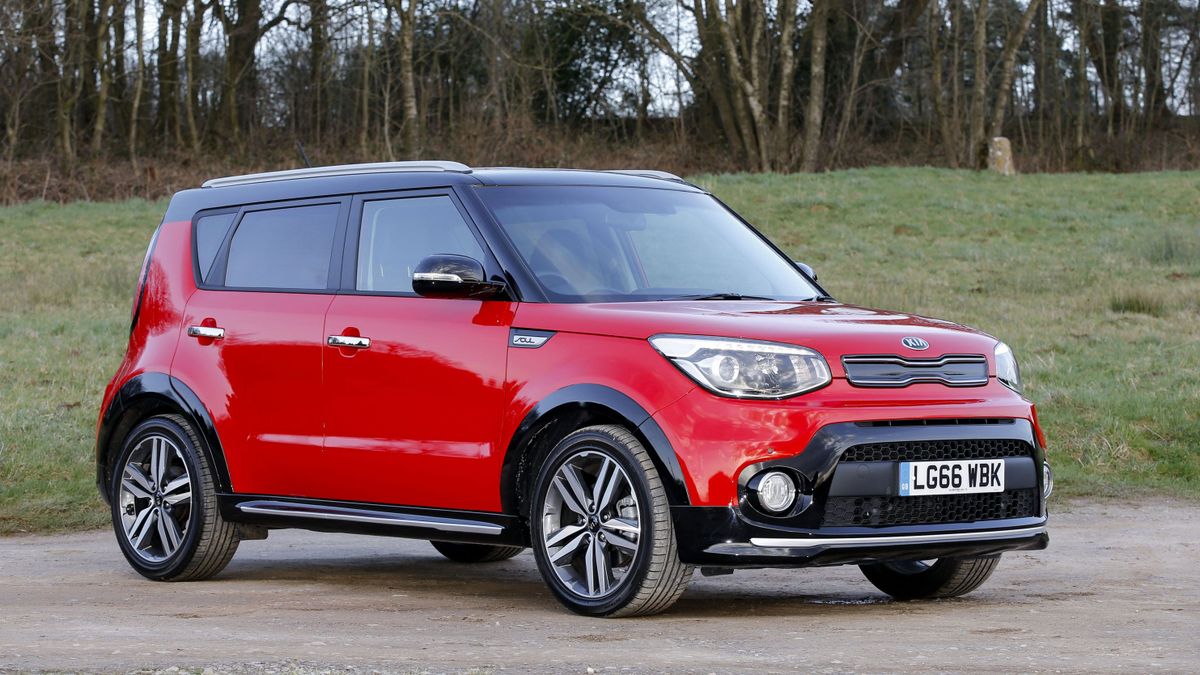 If you’re deciding between cars of this type, much will depend on which you think is the best-looking. If you’re sold on the Soul’s looks, there’s (just about) enough substance behind the style to merit a place on your shortlist. However, there are plenty of other small SUVs that have the Soul pegged in a number of areas, not least Kia’s soul sister, the Stonic.

Pick of the range
1.6 CRDi 2
The best engine and our favourite trim; the best balance of cost and features.
Most economical
1.6 CRDi manual
All diesel models share the same economy, but it’s not hard to find more frugal rivals.
Best avoided
1.6 GDi 1
Weedy petrol engine and minimal equipment. 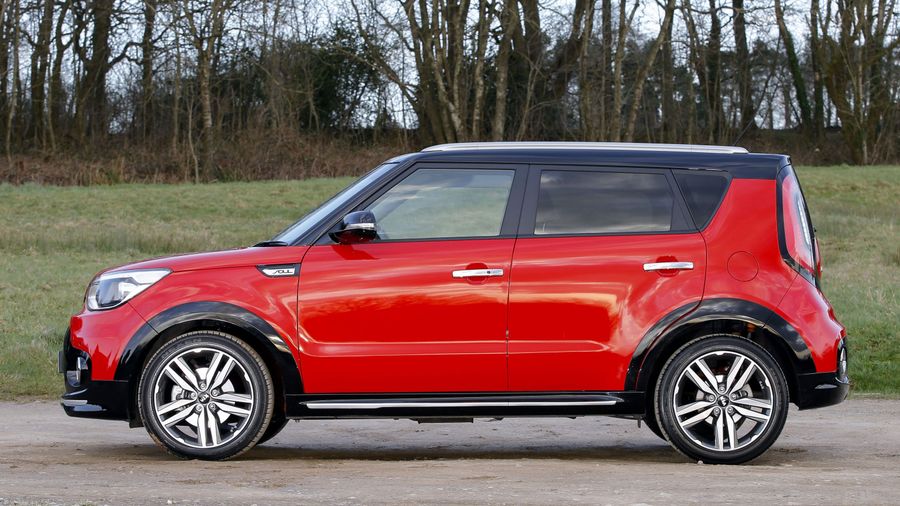 The Soul is based on the Cee’d hatchback, although you’d be forgiven for not spotting the influence of the more humdrum hatchback in the dramatic lines of this small SUV. It stands out a mile from more rounded rivals such as the Peugeot 2008 and Renault Captur, and even the basic models look pretty striking. The different versions are given simple number names to make life easier, and even the entry-level 1 model comes with 16-inch alloy wheels, roof rails and electric door mirrors, while the 2 gets 17-inch alloys, black gloss details on the exterior, and some rear parking sensors. Opt for the 3 and the wheel size increases to 18-inches, a rear-view camera is installed in the back, and some more parking sensors in the front, while the top-end Sport model gets a different design of alloys, xenon headlights, LED daytime running lights, and a panoramic sunroof. 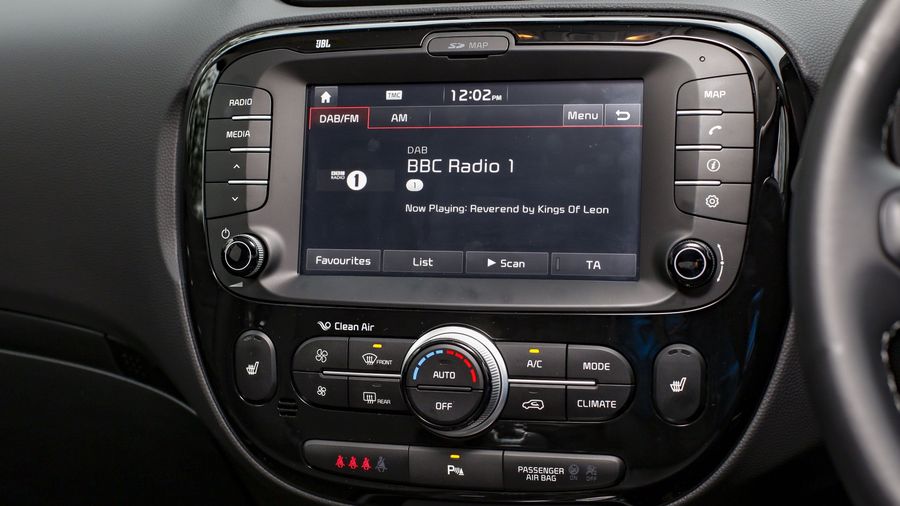 The cabin is fairly stylish – if not as striking as the exterior – with a suitably chunky dashboard bookended by a pair of speaker pods sitting on top of the air vents. It’s all nice and easy to use, too, with large buttons to control all the most important functions and a decent touch-screen system on 2 models and above. As you’d expect of a car like this, it has a slightly higher driving position than a regular hatchback, giving a good view over most other traffic. And, with a good range of adjustment on the driver’s seat and steering wheel, it’s easy for most people to find a comfortable driving position. However, some rivals have a nicer interior quality, and even Kia has another similar size SUV – the Stonic – that’s newer and feels more solid. 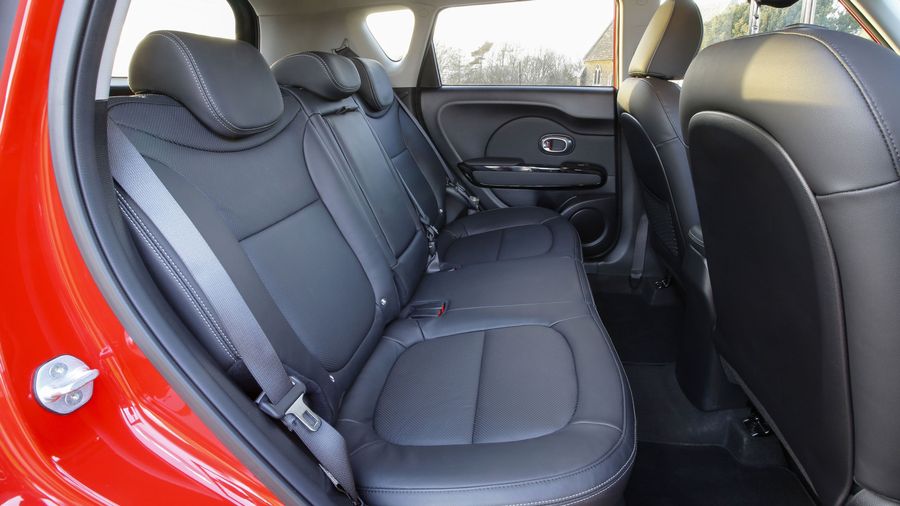 There’s plenty of space in the front for a couple of a tall adults, and even with the seats set for a couple of six-footers, you can get two more in the rear seats, and with head-room to spare. The boot, too, is a decent size, but unless you have the movable floor set at the right height, you have quite a lip to lift luggage over. There’s nothing all that clever about the way the back seats fold down, either, so it’s not as versatile as some rivals. 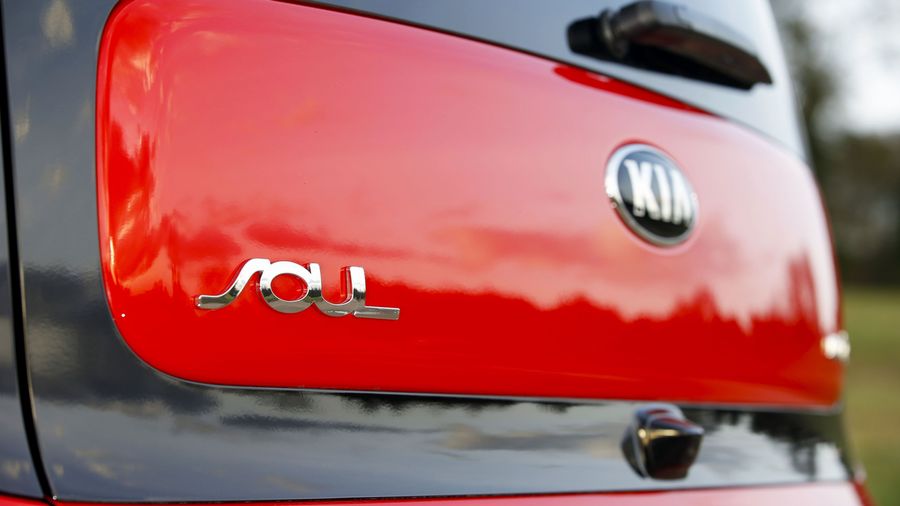 This is an area in which the Soul struggles to impress. The biggest problem is the ride, which feels jittery, even over smooth surfaces, and which thumps uncomfortably over bumps and potholes. The diesel version feels a shade smoother than the petrols, but neither version is anywhere near comfortable enough to trouble the class-leaders. The payoff for the Soul’s firm ride is decent body control in bends, but even so, this isn’t a car you’ll enjoy flinging about. The steering has a detached feel and inconsistent weighting, and grip levels aren’t particularly impressive, either.

The Soul EV – the all-electric version – is the most enjoyable version to drive. Its suspension has been fettled to handle the vast amount of extra weight it needs to carry, and this gives it a more settled and comfortable low-speed ride. 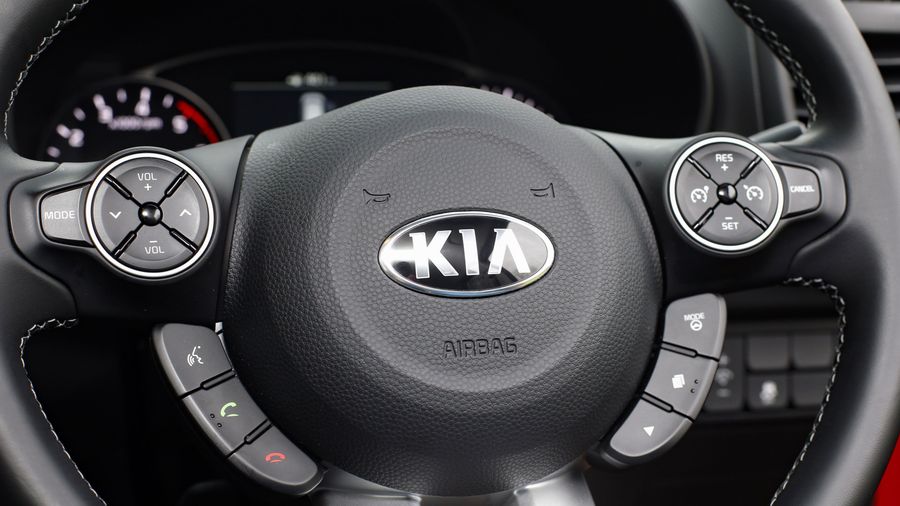 For most of the range, there is a choice of two regular engines; 1.6-litre petrol and diesel units, with similar performance on paper. The diesel has much more pulling power low in the rev range, which makes it feel far more responsive in everyday use and consequently less demanding to drive. By contrast, the petrol engine only develops its peak pull at high revs, which means you need to work it much harder. The difference is noticeable around town, but it’s even more obvious on the open road, where relatively slight gradients will force you to change down a gear or two to maintain momentum.

Neither engine is particularly refined, either, both sending a fair amount of noise and vibration through to the cabin. You’re also subjected to a fair amount of wind- and road-noise on the motorway. That’s also true of the electric EV model, but obviously, the engine noise is completely eradicated, with just a faint whirr to accompany your progress. It feels punchy, too, building speed in a nice, consistent manner. The top-end Sport model has a turbocharged petrol engine with 204PS, which we’ve yet to try. It’s only available with an automatic gearbox, while the rest of the range has a choice between manual or auto. 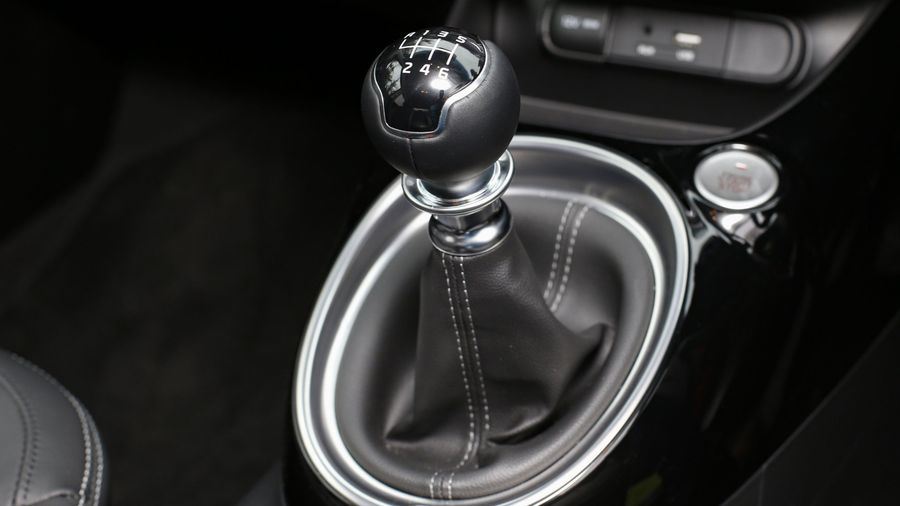 The Soul is priced competitively against its rivals, but the chief lure for customers going into a Kia showroom will be the newer Stonic, which has less divisive looks, a fresher interior, and will cost you less to run overall. Venturing further field, comparing a mid-spec diesel Soul against an equivalent Captur and 2008 shows the Kia fares well when it comes to depreciation, but loses out in fuel economy, although in fairness it has more power than the rivals. Overall, it’s broadly similar in running costs as the Captur, and fractionally cheaper than the 2008. However, the Stonic beats all three. 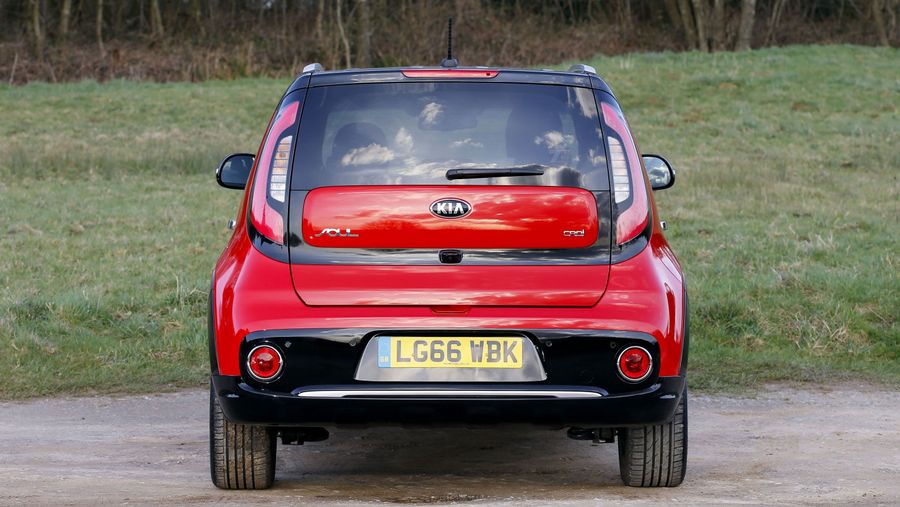 Kia has a decent reputation for reliability, sitting mid-table in Warranty Direct’s Reliability Index ratings, and sitting joint first in JD Power’s 2017 Dependability Survey, but it’s hard to beat the company’s warranty package for peace of mind. The Soul is covered by a transferrable seven-year/100,000-mile warranty that covers all labour and parts (except wear and tear). 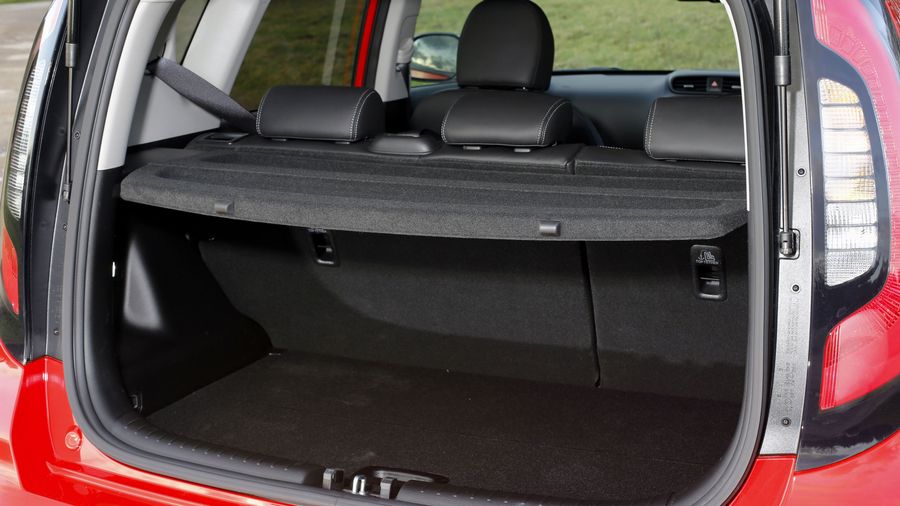 Every model in the range has the same safety specification, with twin front, side and curtain airbags. Stability control and a tyre pressure monitoring system are also standard, but some of the more modern active safety systems – such as automatic emergency braking – aren’t available. If you opt for the high-end Sport model, you’ll get a lane departure warning system, blind spot detection system, and a system that detects traffic approaching when you’re reversing. Safety organisation Euro NCAP has tested not one, but two, versions of the car – the regular model and EV electric model – and both received the same four-star score, with the EV scoring a slightly higher score for adult occupant protection. 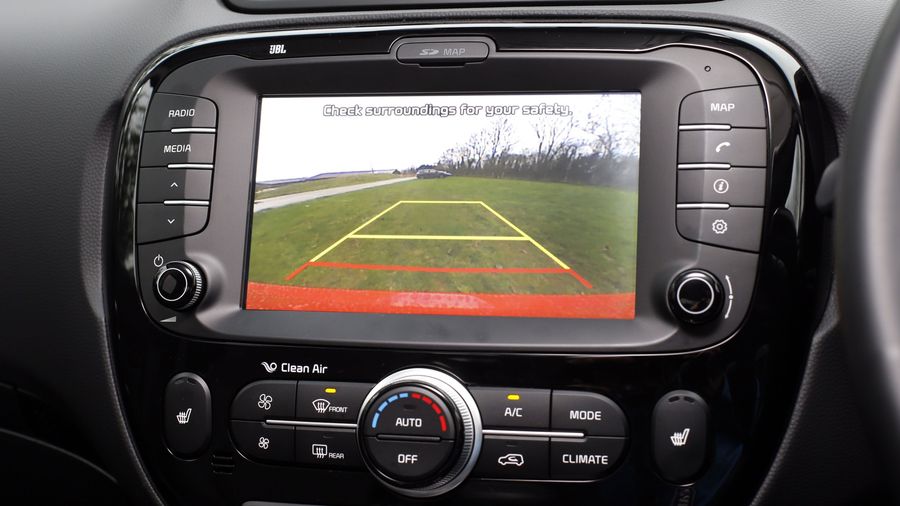 Not counting the EV, there are four main trim levels, and even the most basic 1 model comes with air-conditioning, a DAB radio and Bluetooth connectivity, with steering wheel-mounted controls and four electric windows. However, this specification only comes with the petrol engine, and we think it’s worth stepping up to the 2 trim, which adds automatic lights, sat-nav, cruise control and smarter interior trim. Beyond that, the 3 brings climate control, a premium stereo system and a larger infotainment screen, as well as keyless entry and engine start, leather upholstery and heated seats. The Sport model has largely the same specification, but with a panoramic sunroof and the more powerful engine. 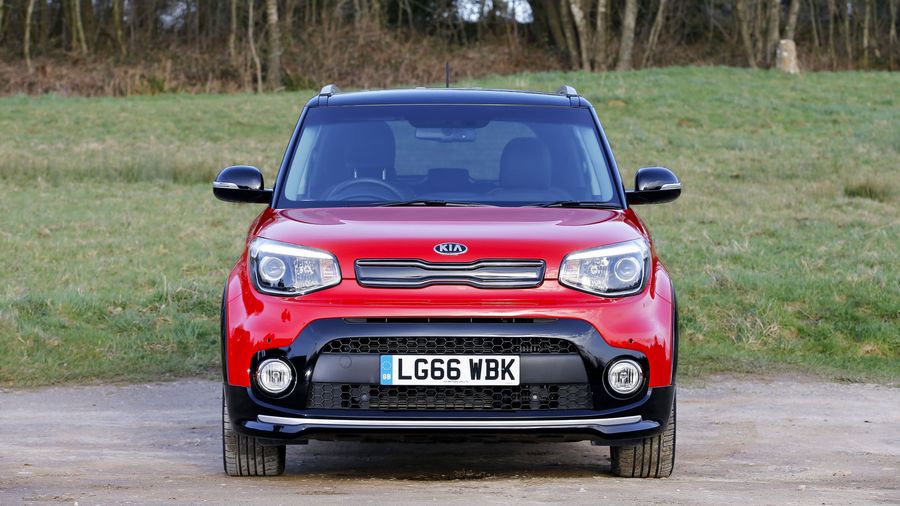 The Soul will sell mainly on its looks and its practicality. It’s well-equipped, competitively priced and comes with a sensational warranty package. That alone will be enough for some buyers, but if you want a small SUV that’s more comfortable, more peaceful and more enjoyable to drive, we’d look elsewhere. 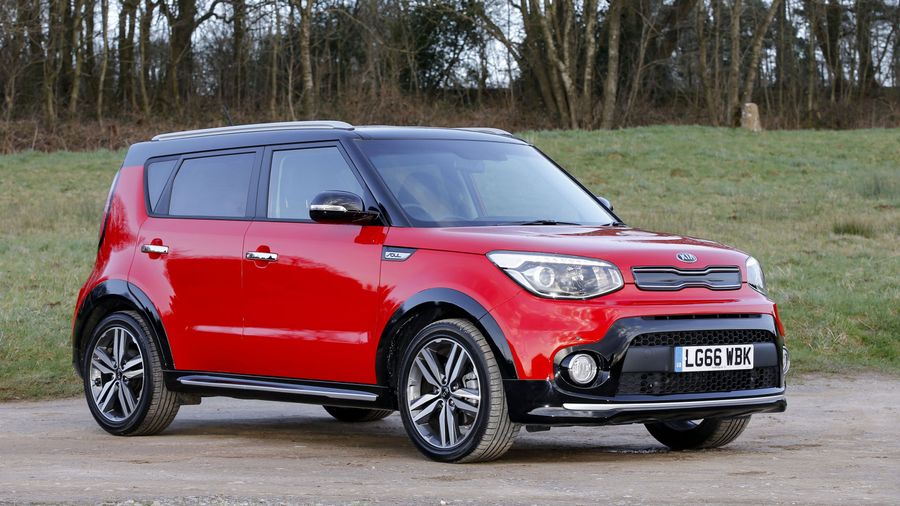