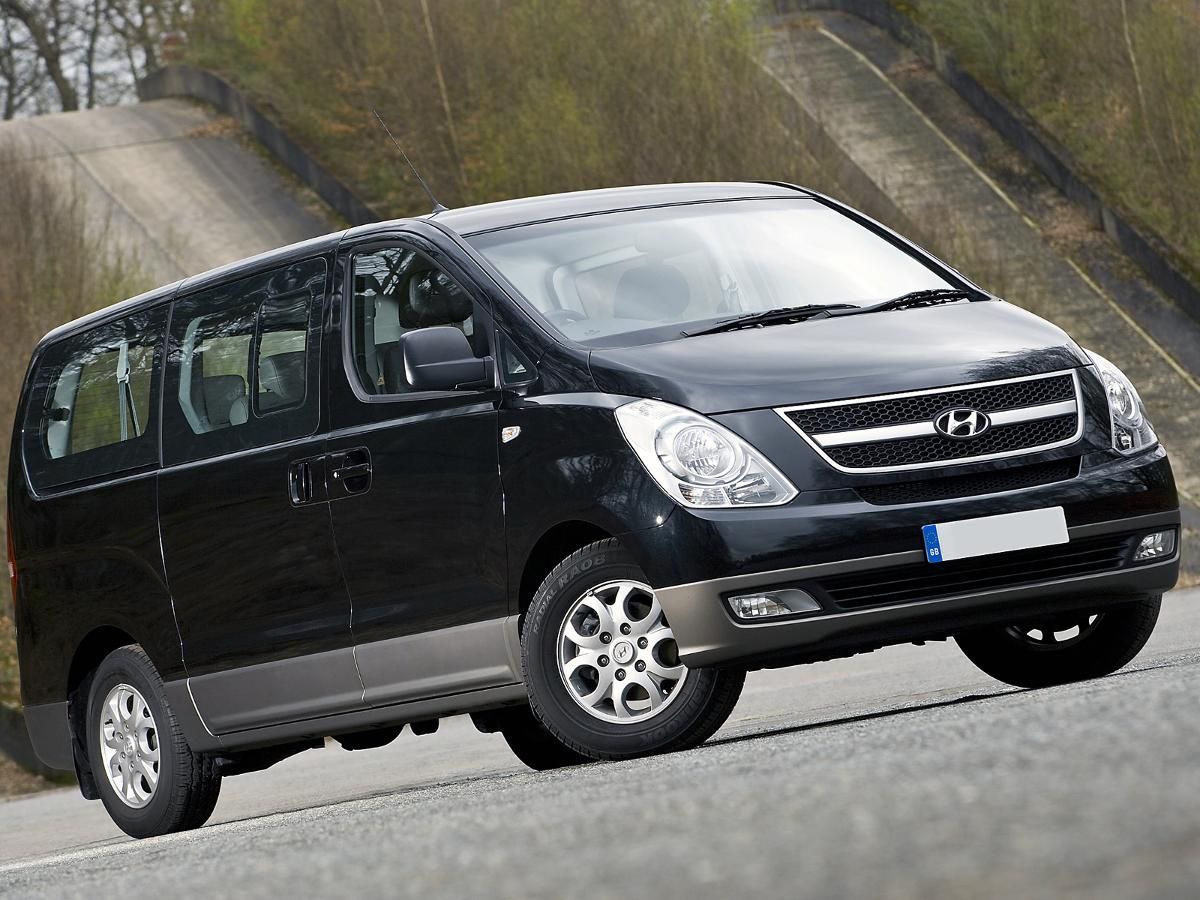 The Hyundai i800 provides seating for eight with lots of standard equipment, yet it’s cheap, quick and comfortable. It’s the ultimate people carrier.

When you’ve got a van-sized vehicle like the Hyundai i800 which needs to carry eight people with their luggage, there’s only so much you can do to disguise the bulk. Hyundai has done a pretty good job, with privacy glass that gives the i800 more of a limousine-look than a commercial vehicle with windows. The sharply rising bonnet, large headlights and over-sized grille all work well too, and while no one could call the i800 beautiful, it’s not a bad design at all.

Aside from a lack of interior flexibility, it’s generally good news where the Hyundai i800’s cabin is concerned. The Hyundai’s dash looks basic (although it has the essentials and more), while the swathes of plastic throughout the cabin appear cheap. There’s no escape from the fact that this cabin was designed and built down to a price. The seating is comfortable enough, but a bit more lateral seat support wouldn’t go amiss in corners.

The key problem with most MPVs is that once there are lots of people loaded in, there’s nowhere for their luggage to go. That’s not a problem from which the i800 suffers though, as even with eight people inside there’s a decently sized boot. It’s not all good news though, because not only is the rear seat fixed, but none of the chairs can be removed altogether. The luggage bay is only spacious because of that fixed third row – if it could be slid back it would free up some space for the middle row. As it is, accommodating half a dozen six footers isn’t easy, which is odd considering how big this car is. What’s worse, because the seats aren’t removable, the boot space is fixed at 851 litres, which is about the same as for a Kia Picanto with the rear seats folded forward.

A people carrier the size of a small van is never going to have the dynamics of a more conventionally sized car, because it has to be set up to be safe to drive whether it’s empty or fully loaded. The result is a vehicle that tends to bounce around unless it’s got a decent number of people in it. It doesn’t cope with bends especially well, but with the size and weight plus its relatively high centre of gravity, that’s only to be expected. All things considered, the i800 is actually pretty good dynamically.

Hyundai only offers a 2.5-litre diesel in the i800. Capable of generating 168bhp along with 289lb/ft of pulling power, there’s more performance on offer than you might expect. Along with a 112mph top speed, there’s a 0-62mph time of 14.5 seconds. However, while these figures aren’t impressive in isolation, when you’re driving the i800 it feels swifter than you might expect. The gearbox is slick, its four-cylinder engine willing and the brakes strong.

The i800’s low purchase cost minimises the effects of depreciation, but this is still a vehicle that won’t retain much of its value after two or three years, thanks to a limited market. On the combined cycle the i800 can officially achieve 33.2mpg with CO2 emissions of 225g/km. Those figures aren’t bad for such a big, boxy vehicle, and they compare pretty favourably with the Volkswagen Caravelle and Mercedes Viano, which are the only similar vehicles on the market. Crucially though, they both cost a lot more than the i800.

It would be easy to take a look at the cheap interior plastics and assume that the i800 has been put together with very little attention to detail. However, time has proven that Hyundai builds some of the most reliable cars on the market. That’s borne out by the fact that the i800 comes with a five-year warranty, which is one of the best of any new car.

This one’s a bit of a mixed bag, as the i800 hasn’t been crash tested by Euro NCAP so there’s no official safety rating. There are also just two airbags fitted – for those in the front. However, as standard there’s electronic stability programme (ESP) along with Isofix mountings in the second row. You also get anti-lock brakes (ABS) and traction control.

There’s just the one trim level in the i800 line-up. Called Style, it packs in the standard kit without the need to resort to the options list to create a comfortable car. Standard equipment includes air-con with controls for the middle row, 16-inch alloy wheels and parking sensors at the rear. Electric front windows, electrically adjustable mirrors, heated driver’s seat, multi-function steering wheel and privacy glass are also included. The only options are metallic or mica paint, Smartnav sat-nav and half-leather trim.

There’s just one model available, but that doesn’t stop the Hyundai i800 from being well worth a closer look. It’s spacious, well-equipped, cheap and good to drive, if lacking a little in the practicality stakes. But as an all-round MPV, the i800 takes some beating. 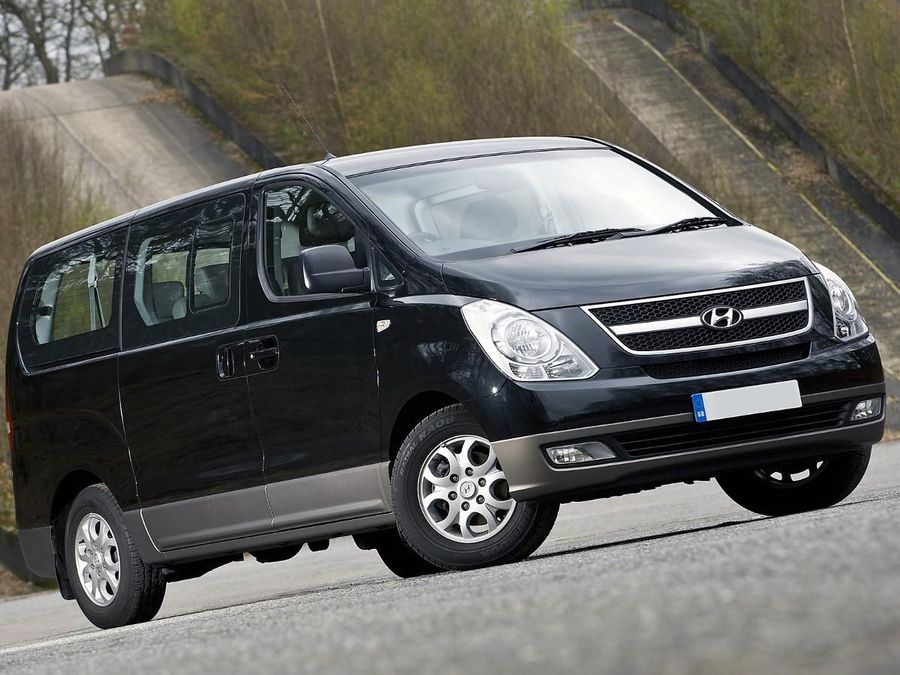