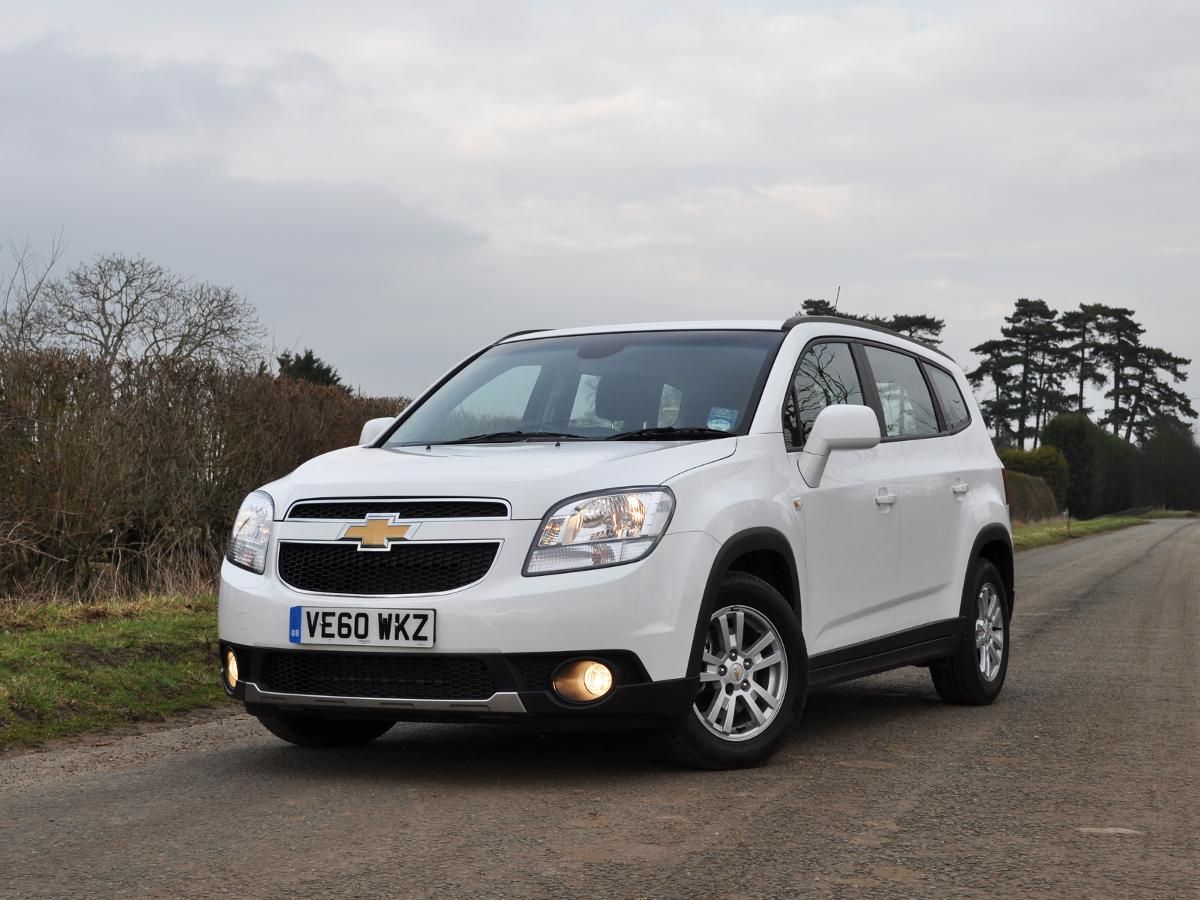 The Chevrolet Orlando MPV isn't the most innovative child mover on the market, but it's comfortable, distinctly styled, spacious, decent to drive and offers impressive value for money.

The exterior design of the Chevrolet Orlando MPV isn’t the most sophisticated sculpture you’ll see on the road but it is distinctive and immediately recognisable. The chief visual identifier is the enormous Chevrolet bow-tie badge that helps dissect the radiator grille into two sections. There’s also a deep front splitter that houses the fog lights and adds to the car’s overall rectangularity. Combined with bulbous wheel arches and the overall effect is a chunky, robust look reminiscent of the van-like proportions of the original Chrysler Grand Voyager, albeit without the clever sliding door.

For those of you who are unfamiliar to the Chevrolet brand, the Orlando interior looks and feels like you could be sat in a Vauxhall MPV. The plastics are of a decent quality, there’s plenty of gloss black trim on the wraparound dash and all the switchgear is indeed borrowed from the Vauxhall parts bin. Combined with Chevrolet’s distinctive ambient blue lighting, we reckon this cockpit is a classier environment than a Mazda5 or Toyota Verso. The seven-seater capacity also makes this the school-run kiddy carrier of choice and we like how the ‘theatre-style seating’ has raised the second and third tiers to allow all occupants a better view of the road ahead.

Space and versatility is what the Chevrolet Orlando MPV sells itself on. There’s plenty of storage bins and trays for drinks, phones and coins, including one clever cubby hole concealed behind the stereo fascia which contains an auxiliary input for your MP3 player. There’s also a special rear seat view mirror, which sits above the normal rear view mirror and lets parents keep an eye on things in the back. In five-seater layout, the boot offers 453 litres of space and benefits from a usefully low loading sill with no lip. In seven-seater mode, the boot space shrinks to 89 litres. Unfortunately, that third tier of seating only feels suitable for children and accessing the chairs isn’t as easy as it should be. The roll-and-fold mechanics of the second row of seating to gain access are decent, but the conventional rear doors don’t open as wide as we would like. We think parents would prefer the super-practical sliding-doors now fitted on the Mazda5 and Ford Grand C-MAX, especially when parking in tight spaces. In an annoying design oversight, there is also a luggage cover that sits between both second and third tier seats that needs removing every time you wish to put those far-most rear chairs to use.

The Chevrolet Orlando MPV shares the same platform as the soon-to-be-released Vauxhall Zafira. Handling is surprisingly neat and agile for an MPV, the car resisting roll well, though you’ll note the suspension is on the firmer side. It doesn’t have that combination of ride suppleness and steering finesse we’ve experienced in the Ford Grand C-MAX, but nor does it have the light steering aloofness of the Citroen Grand C4 Picasso. The box-like proportions of the Chevrolet Orlando, including the big square door mirrors, also make this MPV surprisingly easy to manoeuvre. At higher speeds, it’s worth noting we experienced a significant amount of wind noise which is to be expected when the car you are driving is shaped like a slightly elongated brick.

There are three engines available from launch, one 139bhp 1.8-litre petrol and two versions of Chevrolet’s 2-litre common rail diesel. We’d recommend buyers towards the lower powered, 128bhp 2-litre VCDI. Not only does it feel more refined and less noisy than the petrol, you don’t really find yourself missing the additional 32bhp of the 160bhp diesel, apart from when overtaking on the motorway. The 0-62mph sprint takes 10.3secs (0.3secs slower than the 160bhp) and the Orlando tops out at 112mph (down 9mph).That said, neither diesel unit possesses anywhere near the punch of an equivalent Peugeot/Citroen diesel unit. The gearing of the car also feels well-matched allowing you to cruise comfortably at motorway speeds in sixth at 1,500rpm. There’s also a shift-up light that’s aligned to your revs, encouraging you to dive more economically.

The 1.8-litre petrol engine develops 172g/km of CO2 and averages 39mpg. Both diesel engines deliver an identical 159g/km of CO2 as well as an average fuel consumption of 47mpg, neither of which are particularly impressive amongst the current crop of competition. That said, you do get Chevrolet’s five-year promise, a warranty that is transferrable should you intend to sell the car before five years. Chevrolet has also stated that it wants to stay away from the discounted mainstream of new car sales, which may see a turning point for residuals.

Because the Chevrolet Orlando MPV is all-new, there’s very little information. However, Chevrolet says the Orlando has been purposely built using tried-and-tested GM items from engines to stereo systems. The result may not be the most exciting or innovative family MPV on the market, but it should be one of the most durable.

The Chevrolet Orlando MPV is still to be Euro NCAP crash test rated but all models receive electronic stability programme (ESP), traction control, anti-lock braking (ABS) and electronic brake force distribution (EBD) as standard. Every Orlando also gets six airbags – twin front, side and curtain – and is fitted with crash sensor technology, whereby even child-locked doors unlock automatically on detection of an impact.

If you want a versatile but traditional, seven-seater MPV that’s less about conveying lifestyle and more about getting the job done, the Chevrolet Orlando is comfortable, spacious and offers value for money. 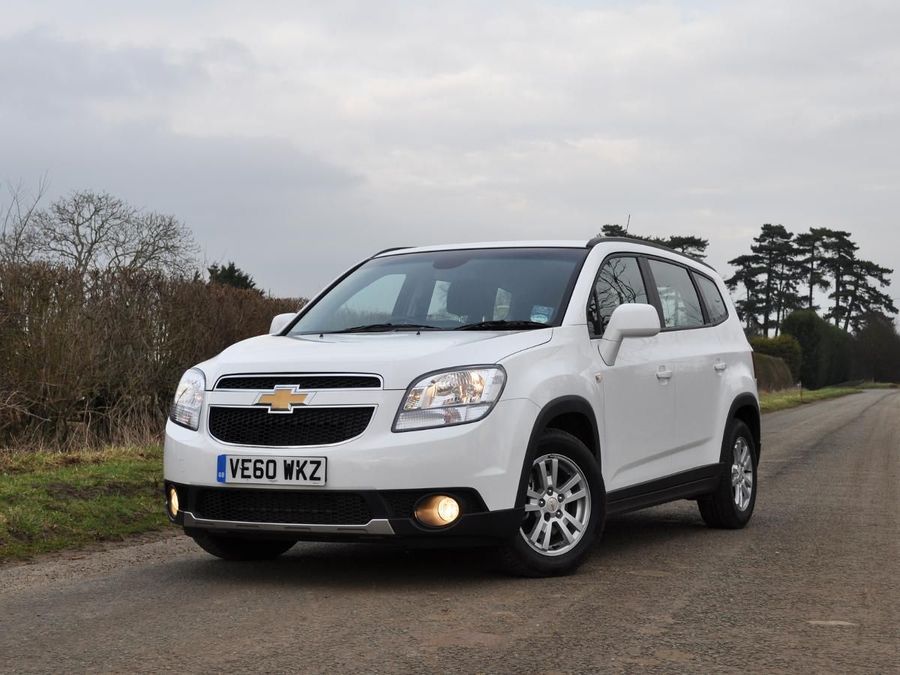