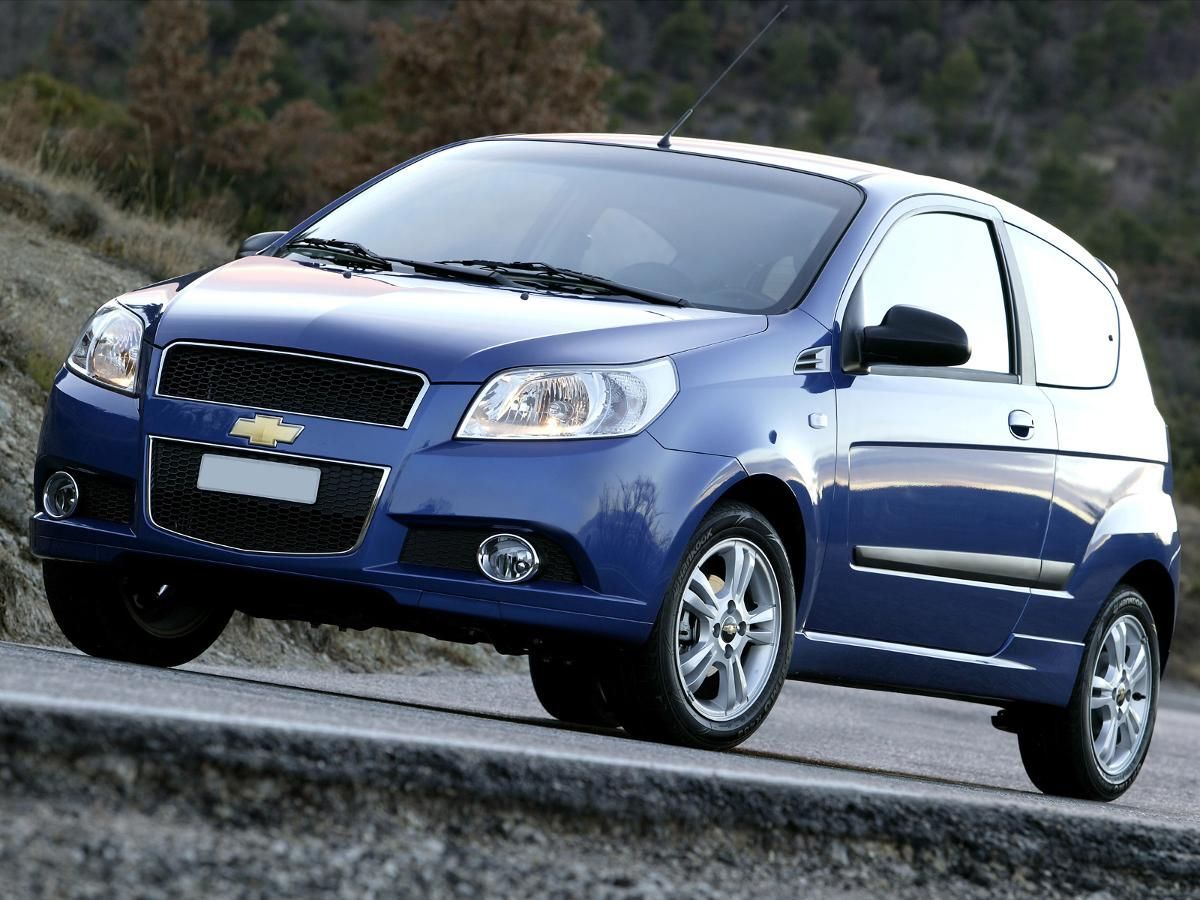 The Aveo isn't the best car in its class, but with its distinctive looks and low running costs allied to some very generous offers, it could make a very decent buy.

Pick of the range
LT 1.2 petrol
A good blend of price and kit, and worth the extra over the basic LS model.
Most economical
LT 1.3 VCDI Eco
Average economy of almost 80mpg, combined with tax-friendly sub-100g/km CO2 emissions
Best avoided
1.4 Auto
Specifying the automatic gearbox has a very detrimental effect on the car’s economy and performance.

There are three trim levels to choose from in the Aveo – LS, LT and LTZ – and all are well equipped. Even the most basic LS trim comes with air-con, cruise control, a digital radio and electric front windows. Mid-range LT cars add alloy wheels, a six- (rather than four-) speaker stereo and smarter looks, while top-of-the-tree LTZ models are further furnished with a leather steering wheel, front fog lamps, rear parking sensors and Chevrolet’s Mylink unit, which incorporates a touch-screen display and Bluetooth, and can work with a smartphone.

The Chevrolet Aveo is certainly something of a style statement, with the individually covered headlamps and raked rear windscreen combining with the creased bodywork and short rear overhangs to give the car a purposeful stance. The tall roofline does give it a boxy appearance, but overall it is a well resolved design. If style is important to you, it’s best to avoid the most basic LS model, as this is the only one in the range to miss out on standard alloy wheels and to have black (rather than body-coloured) mirrors, door handles and grille surround. At the top of the range, the LTZ model stands out from the other models with its front foglights, chrome ‘belt line’ and indicators integrated into the door mirrors.

There’s no denying that Chevrolet has made an effort to smarten up the Aveo’s interior. For proof, look no further than the all-in-one digital instrument panel, which was inspired by motorbike design. However, it’s not all good news, as the interior doesn’t have the same high-quality feel you get in some rivals: the door linings, for example, are made from large pieces of grey plastic and give the cabin an uninspiring air. Likewise, the dashboard plastics aren’t as smart as those you’ll find in more upmarket rivals. On the other hand, it’s all well laid out and easy to get used to, with only the thick rear pillars restricting the otherwise very good visibility. Every model comes with reach- and rake-adjustable steering, but we’d recommend avoiding the basic LS model, as it doesn’t come with a height-adjustable driver’s seat. The seats themselves are soft and comfortable, but don’t hold you securely enough in place if you corner the car hard.

The problem with petrol-engined versions of the Aveo is not that they’re slow or short of power, but that both the 1.2- and 1.4-litre engines need to be worked hard to give their best; and, when you do that, they’re noisy. Of the two, we prefer the 1.2, because it’s more economical and cheaper to buy, but not that much slower in everyday use. Unless you must have an automatic ‘box, avoid the one that’s optional with the 1.4, as it has a seriously detrimental effect on the engine’s economy and performance. The diesel engines are more impressive, providing more pulling power at low revs, but again, we prefer the less powerful unit as it doesn’t feel that much slower in everyday use. However, their problem is that they cost significantly more to buy than the equivalent petrol-engined model, and you’re unlikely to make up that difference in lower fuel bills.

The boxy shape means the Aveo is pretty spacious inside, with plenty of headroom both front and rear. Front legroom is also impressive, but that comes at the expense of space in the back: with the front seats pushed right back, legroom can be tight for rear-seat passengers. On the other hand, not only is the boot space on a par with the best in class, there are no awkward intrusions inside, and every model has 60/40 split rear seats that fold down to extend the space. The Aveo has a usefully large glovebox, too, but only the range-topping LTZ comes with an extra storage tray under the passenger seat.

Although there are no figures on the Aveo itself, Warranty Direct says that Chevrolets are some of the most reliable cars in the UK, but it’s fair to say that Owner Reviews on this site are mixed. The three-year, 60,000-mile warranty is nothing special, but you can extend that basic cover.

Driven around town, the Aveo is as effortless and light as you would expect of a supermini, with the light, accurate steering making it easy to place the car on the road. Some may feel that the steering is lacking in feel, but that’s only a minor criticism in a car such as this. In fact, the Aveo provides a very acceptable drive overall, with a good balance of ride and handling. It’s generally comfortable and surefooted, although there is pronounced body roll when changing direction and things can get bouncy over the worst undulations. The Aveo’s real weakness is its shortage of refinement: the high level of tyre noise can become particularly intrusive over rougher surfaces, and the engines drone away at motorway speeds.

The beauty of buying a Chevrolet at the moment is that, with General Motors having announced that the Chevrolet brand will soon be discontinued in the UK, there are some amazing deals available across the range – and the Aveo is no exception. With a couple of thousand pounds off the list price, the Aveo goes from being competitively priced to something of a bargain. Mind you, that’s no bad thing, as its residual values are not as good as those of many other rivals. And, unless you want a white car, you’ll have to pay extra. In other respects, though, the Aveo looks very good: only the 1.4-litre models fail to average more than 60mpg and most of the diesel models have CO2 emissions of less than 100g/km, meaning zero road tax.

The Aveo’s safety is one of its major selling points, with every model having six airbags, anti-lock brakes and a stability control system as standard, as well as height-adjustable front seatbelts, ISOFIX mounts on the outer rear seats and Hill Start Assist. You can’t specify some of the more advanced systems – such as City Brake Assist – that you can get on more modern rivals, but the crowning glory is a maximum five-star rating in Euro NCAP crash tests.

At the moment, the biggest argument for the Aveo is the series of offers Chevrolet is running, as it prepares to shut up shop in the UK. Given the generous equipment and distinctive looks on offer, they turn a decent car into a potential bargain. 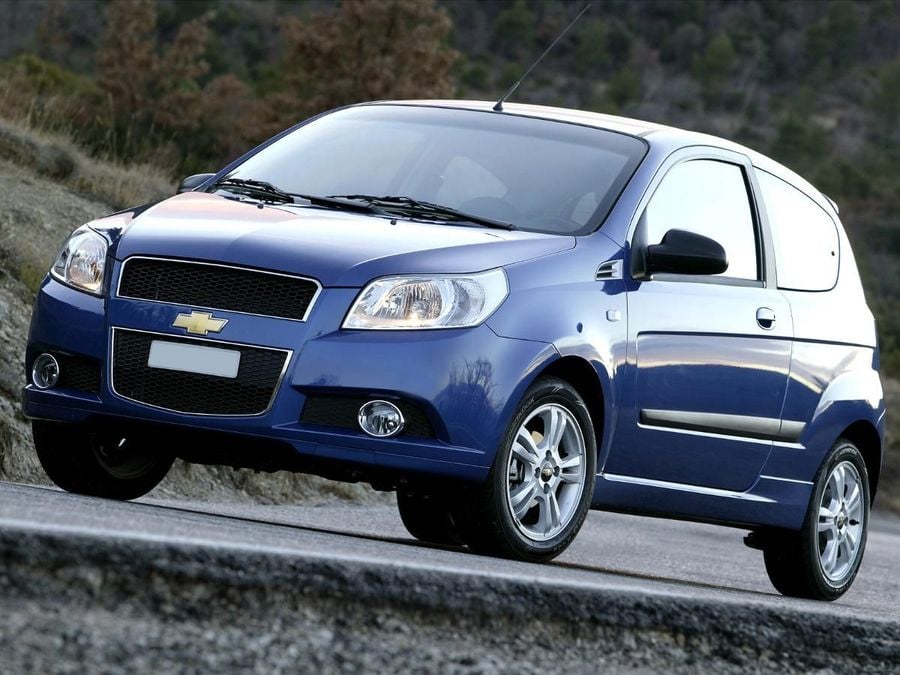