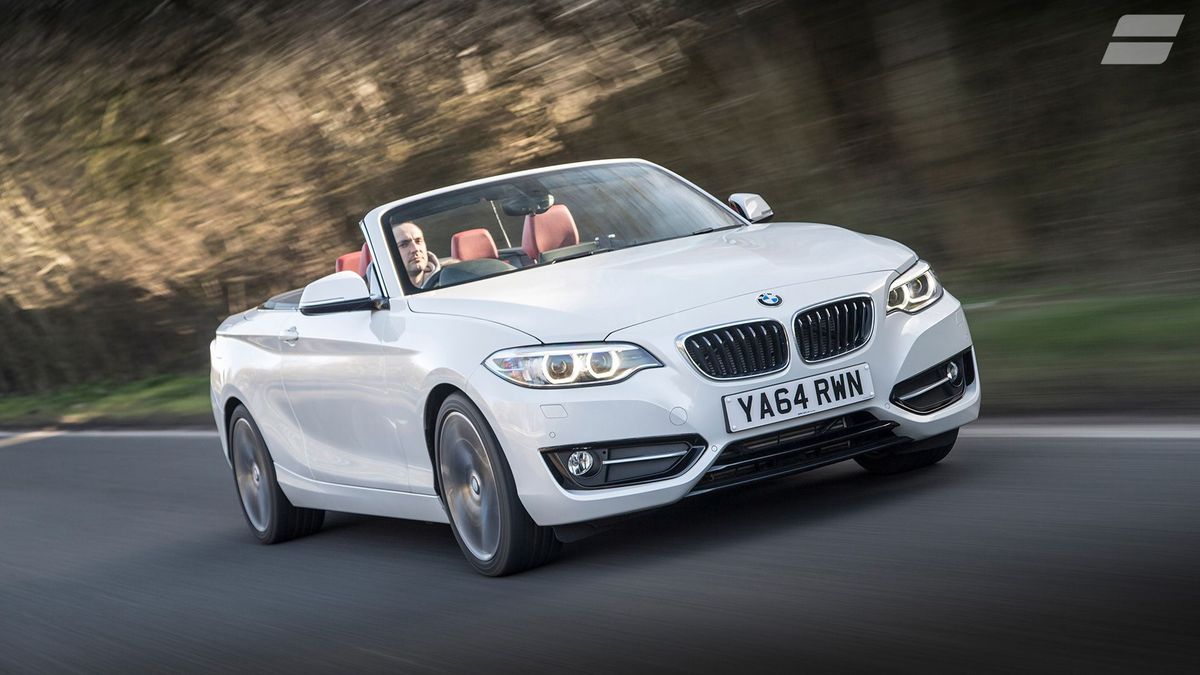 BMW’s sporting heritage, traditional rear-wheel drive handling and the option of a muscular six-cylinder turbocharged engine all set the 2 Series Convertible apart in its sector. Combined with a quality interior it’s a car shown in its best light in its more expensive variants, though this sector of the market has moved on and it now looks rather old-fashioned in concept and execution.

Pick of the range
M240i
Expensive, but the power and refinement of the six-cylinder engine make it a stand-out option in the sector
Most economical
220d Auto
47.1mpg average is the same as the entry-level 318d but performance is much improved
Best avoided
218i
Slow and not especially efficient when compared with rivals like the Audi A3 Cabriolet 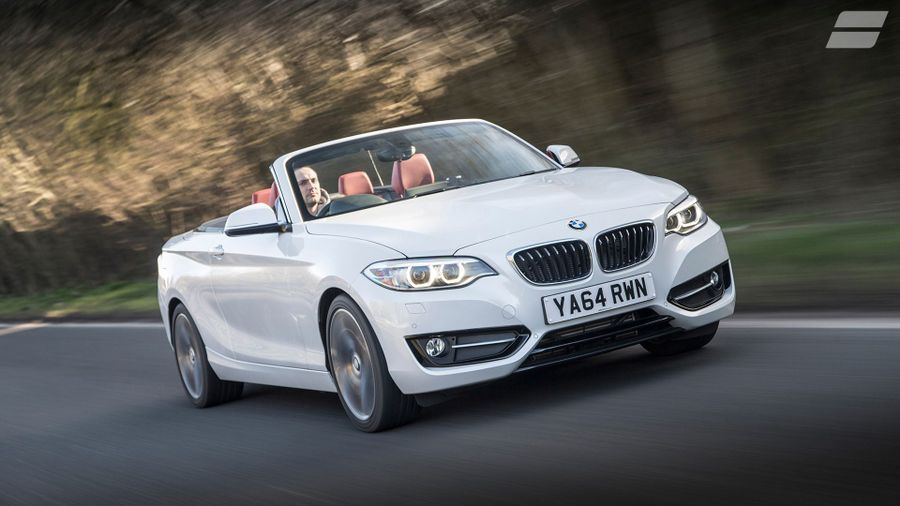 You wouldn’t expect a BMW-badged convertible to be a cheap car, and it certainly isn’t that, but most versions are a useful slice cheaper to buy than the comparable Audi A3 Cabriolet. However, the BMW isn’t as efficient and, aside from the extra you’ll spend on fuel, the higher CO2 emissions also mean company car drivers will pay tax on a higher percentage of the BMW's value. The flagship M240i version with its muscular six-cylinder engine meanwhile offers a decisive power advantage over rivals and is unique in the sector, albeit at a cost in purchase and running costs. 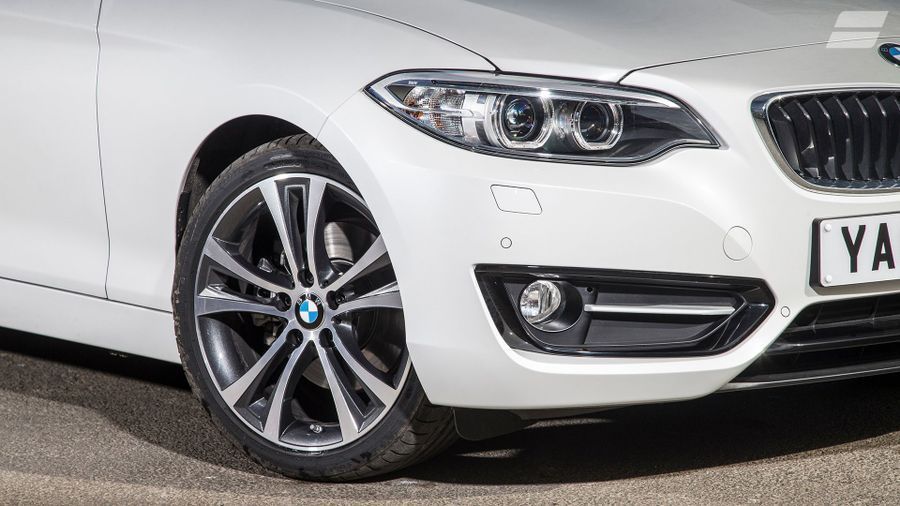 It’s pretty tricky to predict exactly how reliable the 2 Series will be, but if you look at it from a historical point of view, things don’t appear as rosy as you might expect. BMW languishes a surprising way down in the Warrant Direct Reliability index, and the 2 Series’ predecessor, the 1 Series, doesn’t score all that well, either. The 2 Series has a condition-based servicing system, so the car will let you know when it needs some TLC. A subscription style ‘pay monthly’ 36-month service plan option is worth considering for peace of mind and includes two full services, fluid top-ups, the first MoT, ‘seasonal health check’ and free sat-nav updates as appropriate. They’ll even wash and vacuum the car each time you take it in too. 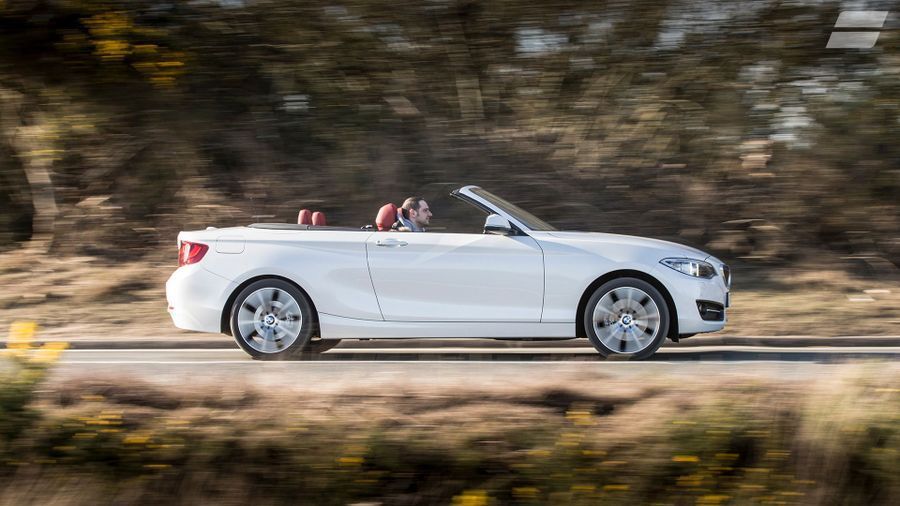 This isn’t an area in which the 2 Series is particularly impressive, certainly in terms of the safety equipment you get as standard. Sure, stability control and a collection of airbags are on hand to keep you safe and there’s three-level tyre pressure monitoring should the run-flat tyres on four-cylinder versions let you down. But you need to pay extra for features like active cruise control or driver aids like collision mitigation, lane departure warning and additional pedestrian protection, these wrapped up in a single package. Speed limit information and high-beam assistance are also optional, meaning BMW makes you pay extra for features required to guarantee used values. While the coupe version of the 2 Series is available with all-wheel drive this isn’t available for the Convertible, which could be an issue in winter weather where BMWs traditionally struggle for traction.

How comfortable is the BMW 2 Series 4/5 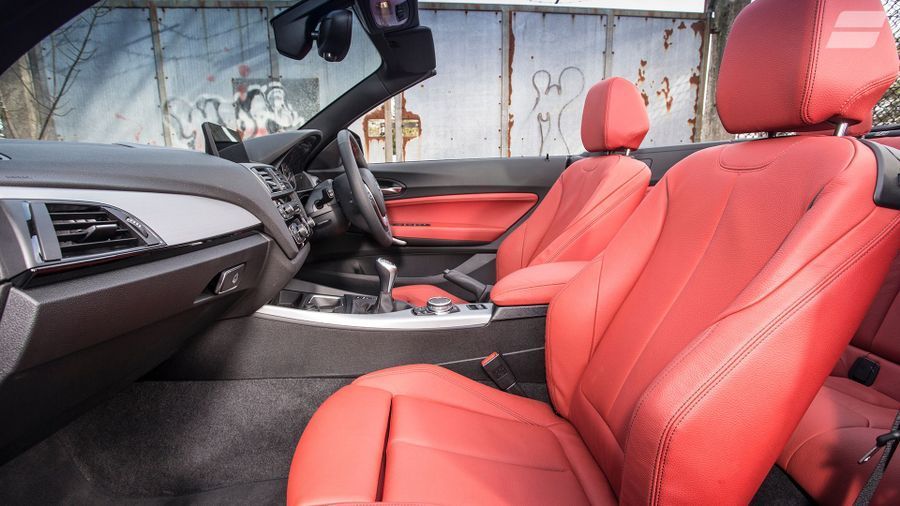 The inside of the 2 Series looks just as good as the outside, albeit a tad dated. It’s pretty good ergonomically, though, thanks to the standard iDrive system that makes it a doddle to use all the car’s various functions. However, things aren’t perfect. The pedals are offset way to the right, which could have an impact on your long-distance comfort.
You wouldn’t expect a convertible to be the most practical but, even compared with its rivals, it doesn’t do that great a job. The two rear seats are rather snug on both kneeroom and shoulder space but the boot is a pretty good size for the class, albeit compromised by an odd shape and narrow loading aperture.

The suspension you get on your 2 Series depends on which version you go for. M Sport models have a stiffer setting while the M240i gets a dedicated set-up, appropriate for its increased performance.

All the 2 Series we’ve driven so far have been fitted with the optional adaptive suspension, adjustable via the driver modes. Whichever you select, the ride stays compliant and soothing, yet body roll is contained very effectively in corners. The fat tyres generate lots of grip and traction, and, while the steering is a wee bit light in the less hardcore modes, it weights up nicely when you switch to a sportier setting.

However, when fitted to the diesel-powered 220d model, the adaptive suspension isn’t nearly so impressive. Body movements aren’t so tightly controlled, so there’s more lean in bends and more pitch over crests and undulations. What’s more, the ride generally feels lumpier and less settled, which is likely due to the run-flat tyres featured on lower-powered models. 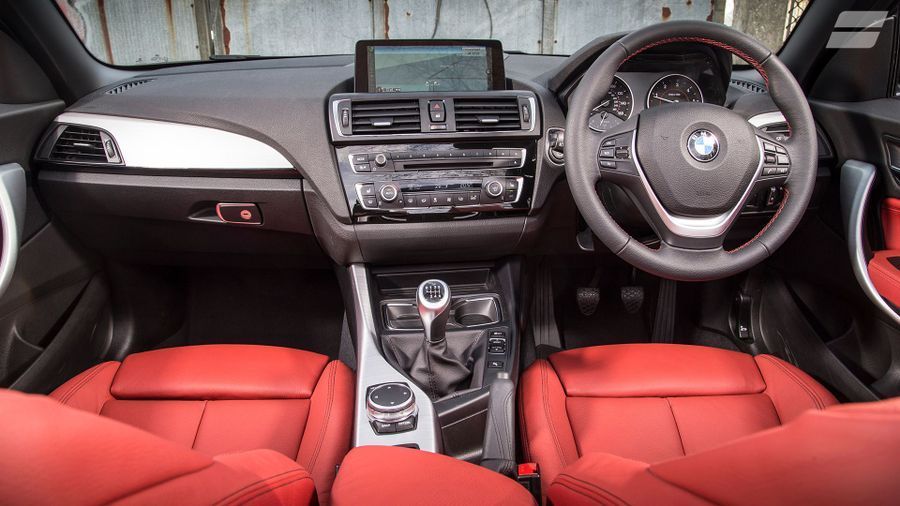 SE trim forms the entry point to 2 Series Convertible ownership (although it’s only available with the entry-level engines), and it comes with standard equipment including single-zone air-con, Bluetooth, automatic lights and wipers, DAB radio, keyless go and rear parking sensors. Stepping up to Sport earns you sports seats and a glossier interior trim among a package of upgrades while M-Sport models gain 18-inch wheels, decorative stitching on the dashboard, part-suede trim on the seats, unique bumpers and body styling and a smattering of branding from BMW’s performance M division inside and out. The M240i is a step beyond this again, with leather upholstery, uprated brakes, smoked out rear lights and various other distinguishing features to reflect its range-topping status and performance intent.

Power for a BMW 2 Series 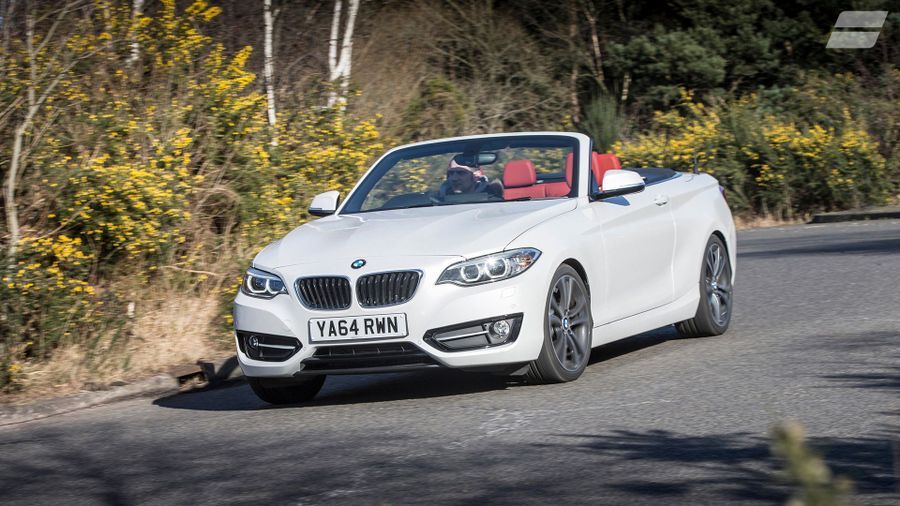 There’s a range of petrol engines to choose from, but so far, we’ve only had the opportunity to try the previous iteration of the range-topping M240i. The 340 horsepower, 3.0-litre six-cylinder engine is a real sweetheart and a stand-out feature in this day and age. For enthusiasts craving an authentic BMW experience this will be a real draw, the reward being low-speed flexibility combined with powerful acceleration and a stirring exhaust note as the roads open out.

Most buyers, though, will go for the other engine we’ve tried, the 190 horsepower four-cylinder diesel in the 220d. It gives you brisk, flexible performance, and importantly, it’s the most efficient engine on offer. However, it sounds rather grumbly and transmits a few vibrations through the controls. Refinement is pretty good elsewhere, though. 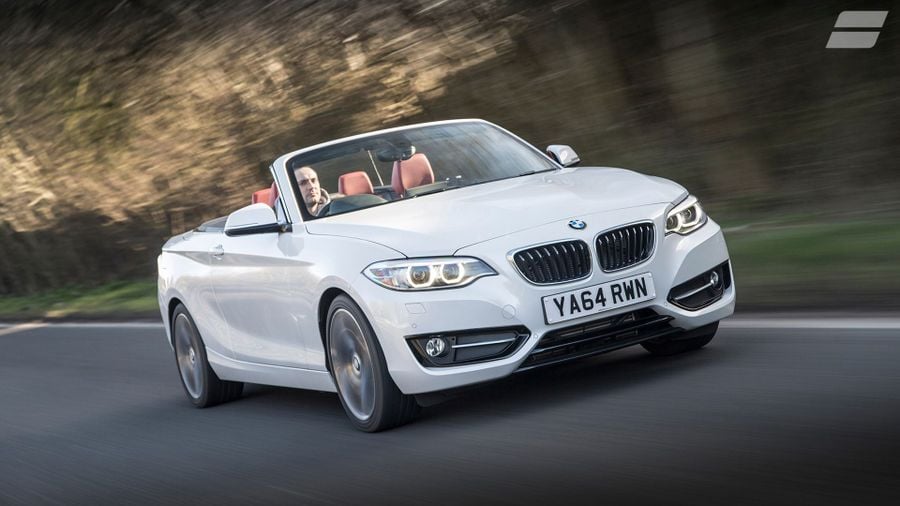