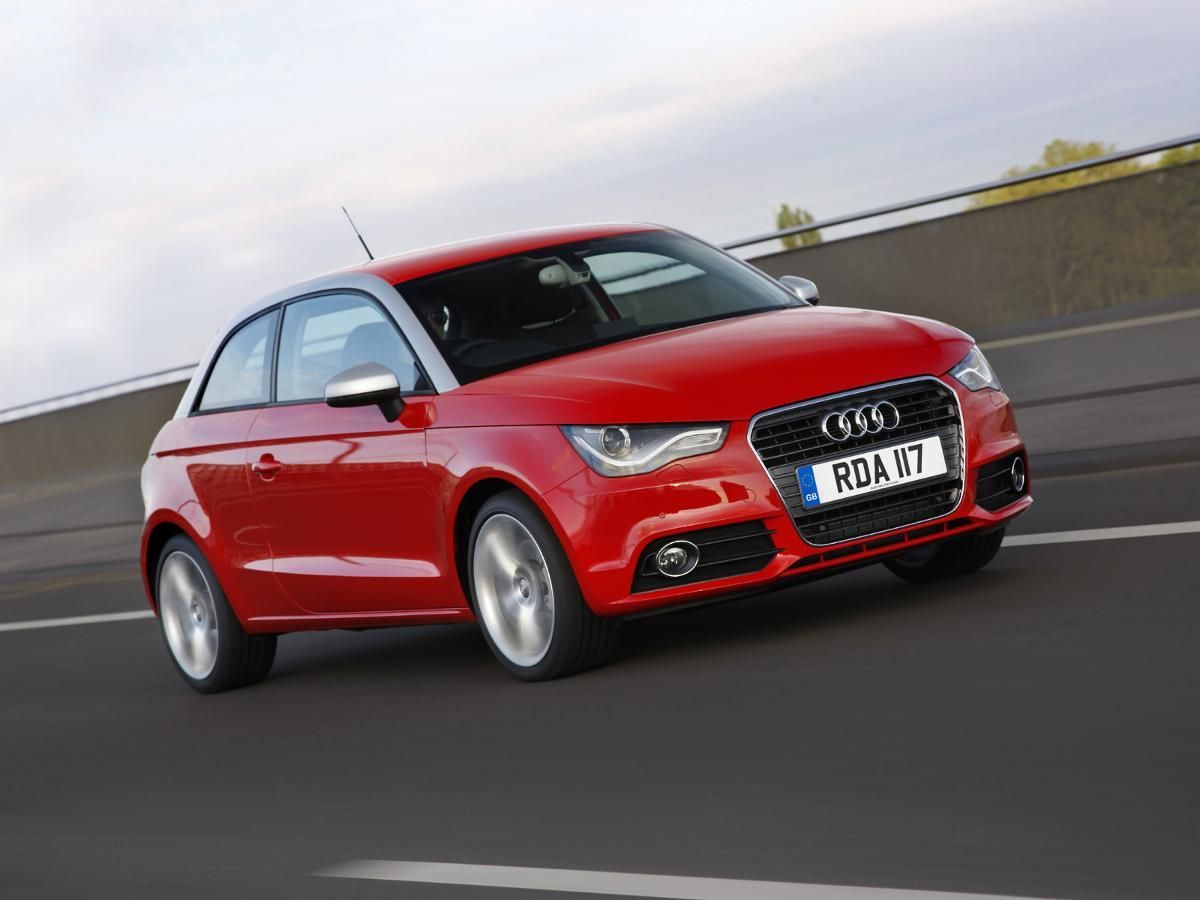 The Audi A1 is an upmarket supermini designed to appeal to style-conscious buyers who might otherwise choose a MINI or Citroen DS3. It’s well-equipped, efficient and great to drive.

The Audi A1 takes the elegant style of its larger siblings, and scales it down to compete with rivals such as the Mini Hatch and Citroen DS3. It lacks the cheeky charm of the Mini and the Citroen, but it’s definitely striking and modern-looking, especially when fitted with bright, LED daytime running lights. Opt for the more practical five-door Sportback version, and the additional rear doors do nothing to spoil the look, with a slightly more steeply raked C-pillar the only visual giveaway (other than the extra door handles, obviously). A range of attractive alloy wheels and a host of customisation options are available, while the flagship, high-performance S1 has its own suitably sporty look, with side skirts, sports bumpers and door mirrors finished in aluminium-style trim.

The interior offers few surprises for those familiar with the Audi brand. It has similar switches, controls and instrumentation to other Audis, and that, along with the high-quality materials, gives the A1 a super-sophisticated feel. It also makes the various functions intuitive and easy to use. The air vents are funky and reminiscent of those fitted to the original Mini, and coloured inserts in the doors, seats and around the air vents give a splash of colour, but the hue needs to be chosen carefully so it doesn’t clash with the bodywork. As you would expect, the S1 has its own look, but the changes are pretty subtle, so some buyers may wish it was a little more distinct from the more basic models.

Choosing a funky supermini inevitably means space is compromised in the pursuit of good looks. The three-door A1 hatchback is no exception, with two seats in the back – whereas its rivals mostly provide three – and poor headroom for adults, especially on long journeys. Space in the front is good, however, and there’s an adequate amount of storage space in the cabin. The boot is nearly twice the size of the Mini’s, but is still smaller than the DS3’s. The rear seats split and fold, and the rear seat bases flip up allowing the seats to fold flat. On the other hand, if you do want a more practical A1, help is at hand, in the shape of the five-door Sportback version, which is far more practical than the three-door. There’s more head- and legroom in the back, plus a three-seater bench, rather than the two individual seats. It’s also far easier to get in and out.

The A1 has a different suspension set-up depending on which trim you go for, getting firmer as you progress up the range. For us, the mid-range Sport suspension strikes the best balance. There’s enough softness to keep the ride comfortable enough for most tastes, but enough firmness to keep things feeling tidy, agile and alert in bends. The S line suspension will be too firm for many tastes, so if you want a model with this trim, make sure you select the Sport’s suspension as a no-cost option. The steering is responsive and direct, yet light enough at low speed to help with parking. At the top of the range, the S1 Quattro is is agile – the smaller and lighter three-door is a little sharper than the Sportback – sure-footed and blessed with plenty of grip, but the car doesn’t give much in the way of feedback or sensation, so it’s not the most thrilling hot hatch.

The petrol range kicks off with a 1.2-litre turbo with 84bhp, and although the power output is modest, this version is impressively quick and wonderfully flexible. The 120bhp turbocharged 1.4 is even strong and feels properly nippy, while another 1.4 has 138bhp and cylinder-on demand technology that shuts off two of the engine’s four cylinders under light load to save fuel. There’s one more 1.4, kept solely for the sport Black Edition, which has a very impressive 181bhp. However, while it’s fast, the front tyres will often scrabble for grip when you’re pulling away. Diesel choices consist of a 103bhp 1.6 and and 141bhp 2.0. The 1.6 feels strong and smooth, and while the 2.0 is stronger still, it’ll be of limited appeal in a small car like the A1. At the top of the range, the S1 has exceptional performance – it’s quicker than any similarly sized hot hatch and can cross country at a prodigious rate, especially with Quattro four-wheel drive to put the power down – but just as impressive is how undemanding such a quick car is to drive. The only trouble is: you could call it undramatic – and that may well not be what you want or expect from a near-230bhp hot hatch.

The Audi A1 is an upmarket supermini with a price tag to match. The entry-level model costs several hundred pounds more than the equivalent Mini and several thousand more than the Citroen DS3. The A1 is a brilliant investment, though, with strong resale values on the used market. Choose carefully from the options list, because the price of your car will shoot up if you go too mad. The 1.6-litre TDI is the cheapest to run, emitting 99g/km of CO2 and returning an average fuel consumption of 74.3mpg. However, all models are impressively frugal considering their various power outputs, because all versions feature a fuel-saving start/stop system which cuts the engine when the car is stationary.

Audi’s reputation for reliability isn’t always backed up by the data. The brand currently sits in a surprisingly lowly position in Warranty Direct’s manufacturer standings. However, the A1 feels incredibly well-built, and the engines have been tried and tested in models from Volkswagen, Skoda and SEAT, and so far, no horror stories have emerged. On the contrary, owners on our website are almost universal in their praise for the car’s reliability.

The Audi A1 has been awarded a full five stars from Euro NCAP, with particularly high scores for adult and child occupant safety. There’s a comprehensive level of safety kit, with driver, front passenger, side and head airbags as well as an electronic stability programme fitted as standard across the range.

The Audi A1 is the supermini that thinks it’s a posh saloon. It has the same big-car feel as larger Audis, but it’s all wrapped up in the sort of diminutive package that supermini buyers love. If you’re looking for the poshest-feeling small car you can get, this is it. 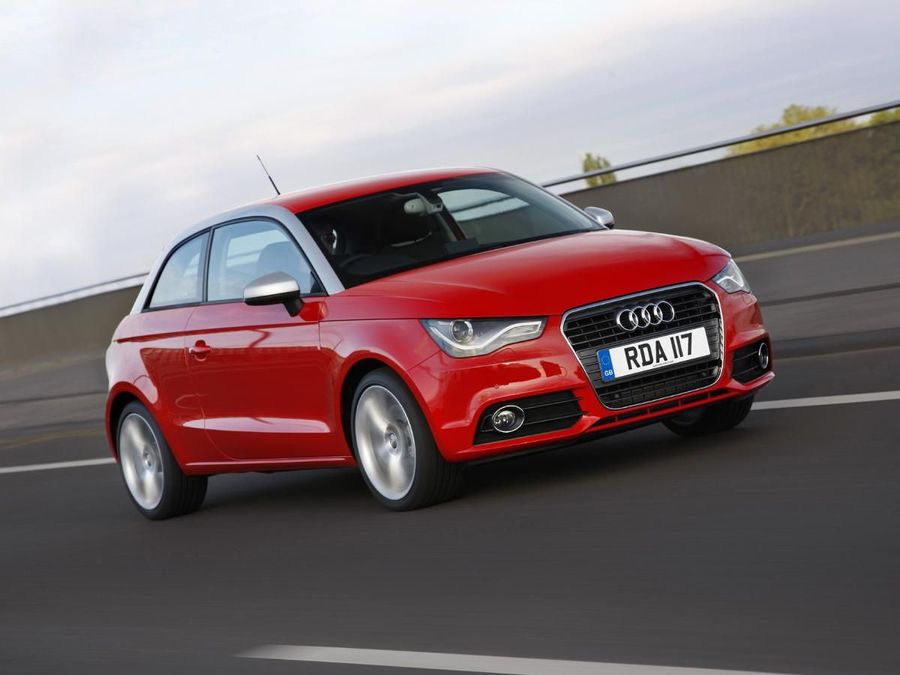