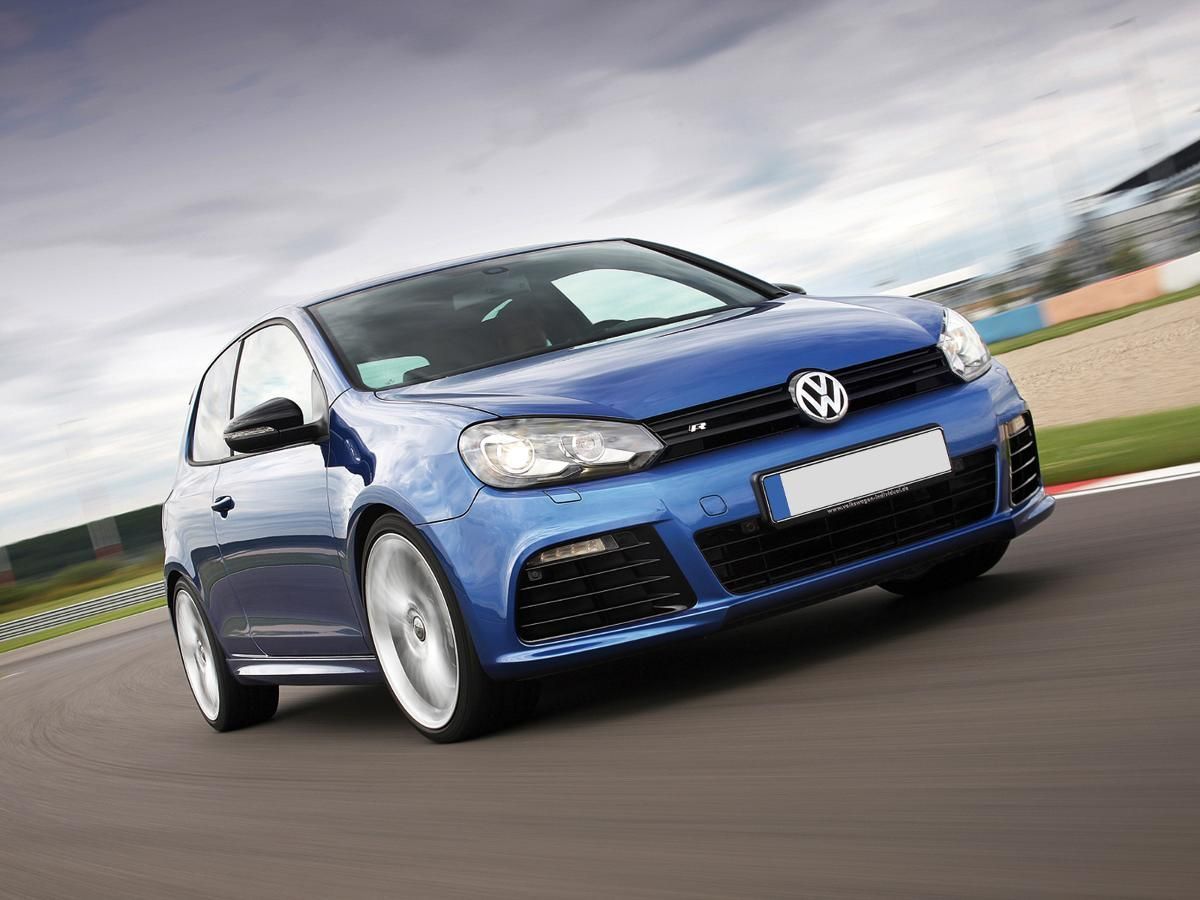 The Golf R is nothing like the Focus RS. It's subtle and quiet, with four-instead of front-wheel drive for a surefooted drive. Great car, but the Golf GTI is better value.

In keeping with tradition, the Volkswagen Golf R is subtly different from the standard Golf hatchback and GTI. Only aficionados will spot the tweaked headlights and LED rear lights, along with the twin centrally-positioned exhaust pipes. Bumper-mounted LED daytime running lights and big 18-inch or optional 19-inch alloy wheels are more of a giveaway to the performance. It couldn’t be more different in execution for the Ford Focus RS with its huge wheel arches, bonnet vents and spoiler. This subtle approach is likely to suit Volkswagen fans better.

Volkswagen don’t do bad interiors, and the Golf R’s is no exception. However, this model is a £30k Golf, and at this price the fact it shares most of its interior with a standard Golf may put off some customers. Points of distinction for the R include a flat-bottomed steering wheel, blue needles for the gauges, Recaro bucket seats finished in Alcantara (leather is optional) and leather trim around the steering wheel and gear lever. Only the Audi S3 can match its quality of finish, however the Alfa Romeo Giulietta Cloverleaf’s cabin is more stylish and feels special.

Because of its four-wheel drive system, the Golf R has a shallower boot, and so isn’t quite as practical as other Golf hatchbacks. It can hold 275 litres of luggage, which is still a decent amount, but 75 less than standard. The Focus RS holds an impressive 385 litres, while the Megane Renaultsport Coupe manages 344 litres. Being a Golf, fitting a roof rack for bikes or extra luggage is simple. However, it will have a fuel consumption penalty. Available in three-door and five-door body styles, rear space is good enough for two adults to sit comfortably. The driving position is excellent, with lots of adjustment available.

The Golf R’s four-wheel drive system gives the driver surefooted ability come rain or shine. Unlike the permanent four-wheel drive in a Subaru Impreza WRX STI or Mitsubishi Evolution X, the R reverts to being front-wheel drive until it senses the need to send power to the rear wheels, saving fuel. There’s certainly lots of grip, and very little roll, while the ride is as comfortable as can be expected from a car fitted with such thin low-profile tyres. The steering lacks feel, however, and it’s not as exciting to drive as the Focus RS or Megane Renaultsport. In fact we’re not sure it’s any more fun than the Golf GTI.

Its successor, the Golf R32, had a 3.2-litre V6, which has now been retired owing to its high emissions. In its place is a turbocharged 2-litre with 267bhp, giving 5.5 second 0-62mph acceleration with Volkswagen’s semi-automatic gearbox (DSG) and 5.7 second acceleration with a manual five-speed gearbox. It’s certainly an effective engine, making the R the fastest Golf in Volkswagen’s history, but it lacks the soul of the V6. With the sport button pressed the engine note deepens, and there’s the occasional pop from the exhaust, but for the most part it’s a muted engine which works away discreetly, which is not dissimilar to the Renaultsport Megane, but lacks the fireworks of the Focus RS.

While the new engine might not sound as good, it makes up for it by its improved running costs. Its emissions of 199g/km of CO2 are low for such a fast machine, and average fuel economy of 33.2mpg is pretty good, although to achieve it, a light right foot is required. These are impressive cuts from the 257g/km of CO2 and 26.4mpg of the manual Golf R32. Insurance group 36 out of 50 will mean a hefty bill, while other cost concerns include expensive tyres and replacement braking and exhaust components.

There are no common problems known with the Golf R and most parts are common with other tried and tested vehicles in the Volkswagen Group family. However, Volkswagen as a manufacturer is only middle of the pack of manufacturers in the Reliability Index.

For the ultimate Golf, look no further than the R. It’s classy, quick and surefooted in almost any weather. 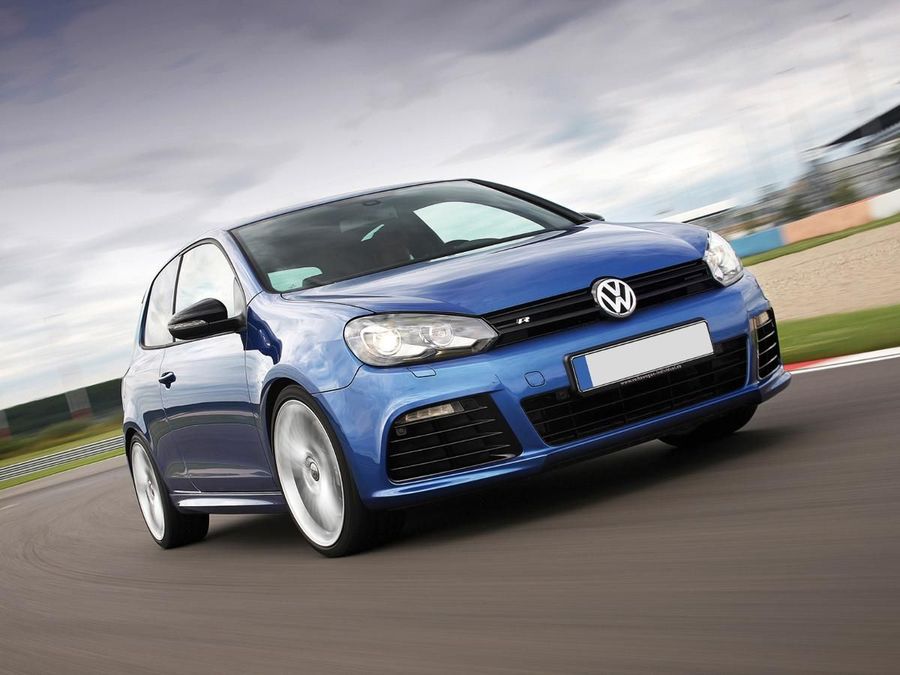