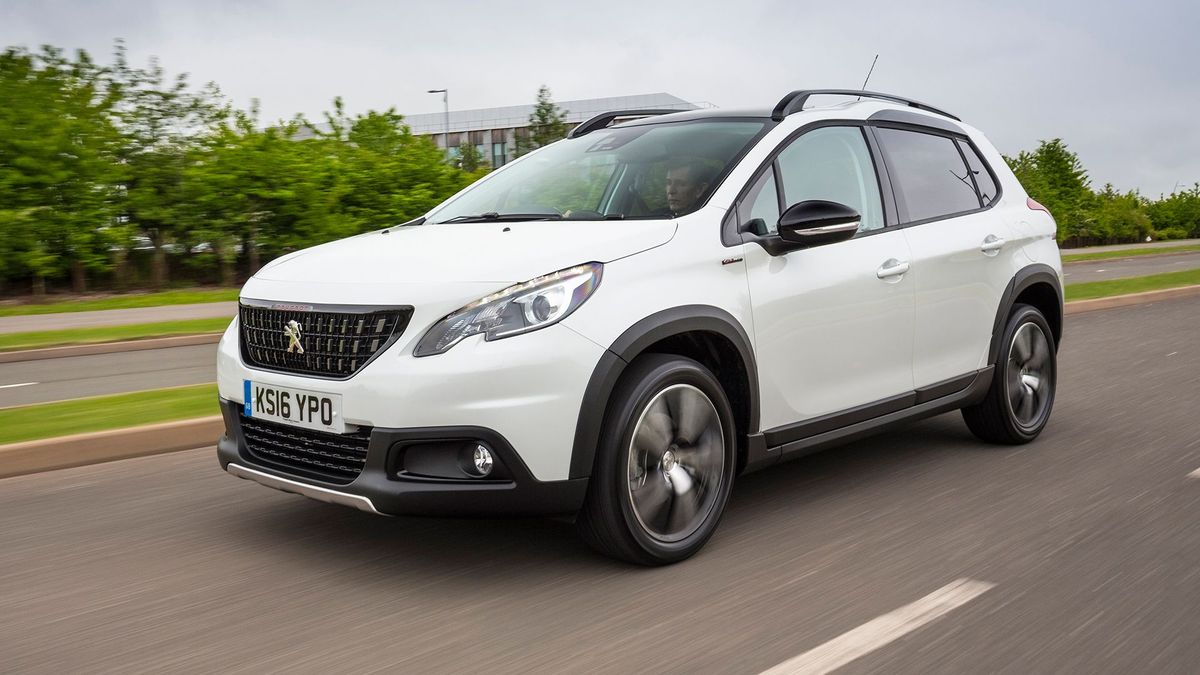 The 2008 has a few shortcomings – but, then again, so do pretty much all of its rivals – so with its rugged looks, low running costs and good practicality, Peuegot’s baby SUV is very much worth considering by anyone in the market for a Mokka, Captur or Juke. However, this is a car where less is more, and we think that not only are the less powerful (and cheaper) engines the better buys, it’s also worth steering clear of the most expensive GT Line trim. 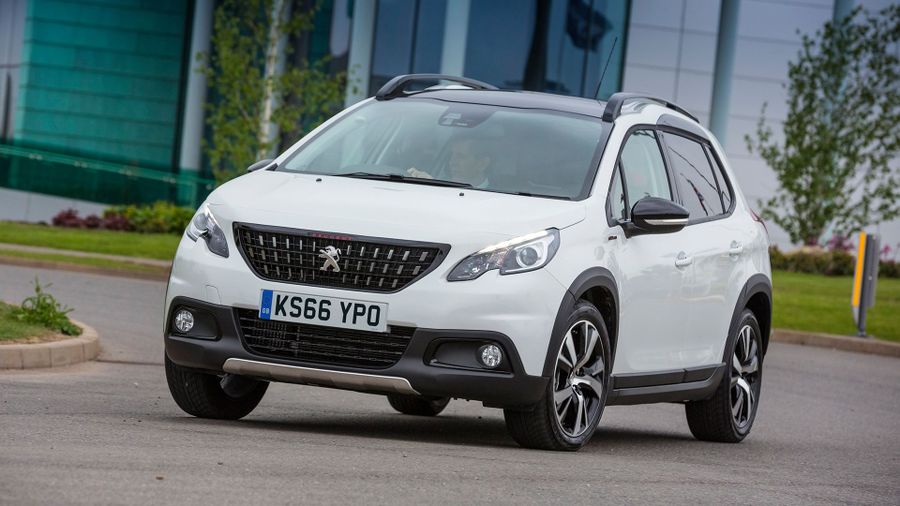 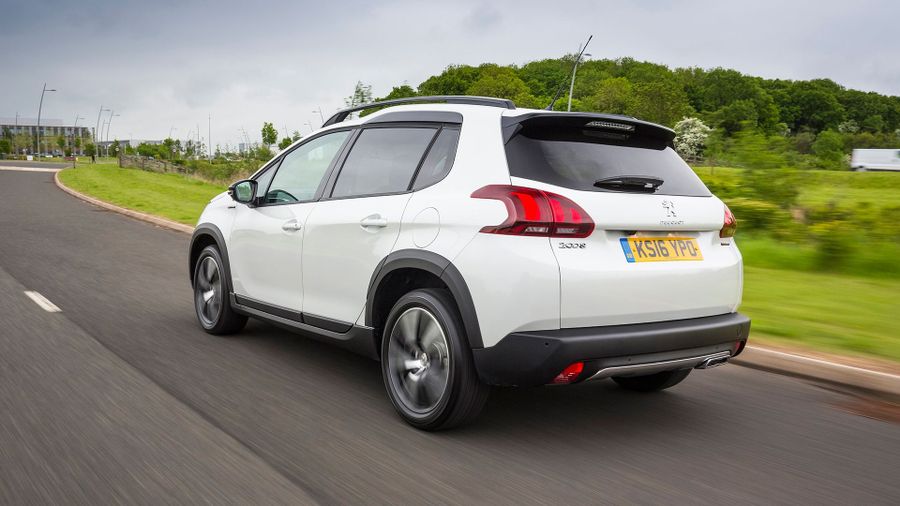 With rivals like the Nissan Juke and Vauxhall Mokka, the 2008 competes in a sector of the market where style is extremely important. So, it’s no surprise, given the huge popularity of rough-and-tumble high-rise hatchbacks at the moment, that this latest 2008 adopts a rugged look. That means a vertical grille and (from Allure trim upwards) wheelarch extensions and scuff plates, along with ‘3D-effect' lights at the rear. In other words, Peugeot has turned a car that began life as a crossover into an SUV; and, in doing so, they’ve given the car a welcome does of extra character. If you want your SUV to emphasise the Sport over the Utility, then consider GT Line trim, which has a unique design of alloy wheels, as well as gloss black features replacing the chrome trim that other models have on the grille surround, fog light covers and roof bars.

No more than a brief scan of the interior will reveal that some low-rent materials are all too easy to spot around a cabin that seems to major on function rather than desirability. And, that’s a shame, because there are some neat touches: all but the base trim come with a leather-trimmed steering wheel, for example; Allure models have ambient lighting and tinted side windows; and, GT Line cars come with a panoramic sunroof. However, none of those can divert the attention away from the thing that is most likely cause people problems: the unusual driving position that comes courtesy of Peugeot’s ‘i-cockpit’ design. This centres on a steering wheel that’s smaller than normal and set lower down, so that some people will feel as if it’s sitting in their lap – even with a height-adjustable driver’s seat on every model. You then look at the instruments over the wheel, all of which does have the benefit of giving you a good view ahead, but – to say the least – it takes some getting used to. The infotainment system though, is another area the 2008 lags behind its rivals, it's relatively slow, counter-intuitive and has very small on-screen buttons that are tricky to press accurately when you're on the move.

The 2008 is one of the more practical options in this sector of the market. Thanks to its high roof, there’s lots of headroom in the front, even with the panoramic sunroof fitted; and, in the rear, there’s plenty of room for two more adults (as long as the front seats aren’t slid all the way back, that is). Last, but not least, not only is the 422-litre boot larger than most of its rivals’, its low sill and square shape also make it wonderfully easy to load and unload. One small black mark is the glovebox, which is poorly shaped and tiny, and the door bins are not especially useful either, but these small gripes should not put you off this otherwise roomy car. 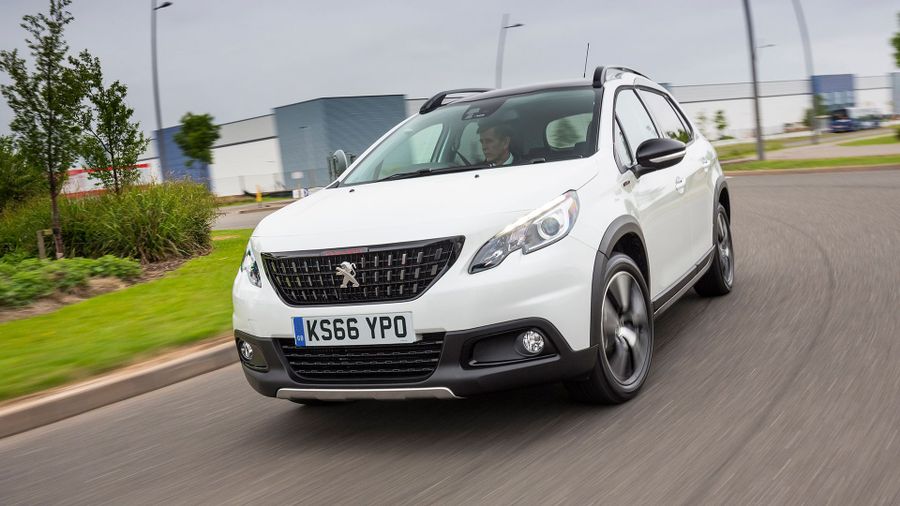 Although the car was facelifted in 2016, the latest 2008 is almost identical to the old car under the skin. Still, that’s no bad thing, with a suspension set-up that focuses – with reasonable success – on comfort. And, with that in mind, we reckon the 2008 is at its best with the lower trim levels, as the smaller wheels help soften and smooth the ride. Admittedly, that softness translates into a fair bit of body roll in bends, but it suits the nature of the car, as it encourages you to settle back into a more relaxed driving style.

Hammering down tighter B-roads does little more than highlight the shortcomings of two things: a suspension that dislikes a rapid succession of changes in direction and/or speed; and, perhaps more irritatingly, a small wheel that makes the steering sharp, meaning the driver tends to over-steer, making for occasionally clumsy progress through a series of bends that some rivals would flow through. Overall, the 2008 is near – rather than at – the top of the class, with the Renault Captur still the benchmark.

The engine line-up includes both diesel and petrol units, with power outputs from 81- to 128bhp. However, we reckon the car is at its best with mid-range engines, and the pick of the bunch is the 1.6 BlueHDi diesel engine with 98bhp. It gives more than enough performance for everyday use; and, with a good slug of pulling power from below 2,000rpm, you don’t have to work it too hard to get around. Mind you, that’s good news, as the five-speed manual gearbox it’s mated to is far from pleasant to use, with a notchy, slow action. On paper, the 120bhp version of the same engine is much quicker, but we found precious little discernible difference in everyday conditions.

The petrols are smooth when you stroke them along, but get strained and thrashy at higher revs, or when you're fully loaded with people. As a result, overall, we prefer the more easy-going nature of the diesel engines, which don't need working so hard for similar performance. The 130bhp petrol unit in particular is not a great fit for the 2008, as even in the dry, a heavy right foot hurls enough power at the front wheels to set them tugging the front end of the car around.

The 2008 looks pretty well priced against its main opposition, especially when you consider some of the tech it comes with, as well as the ‘Just Add Fuel’ deals that are available, covering all major costs from insurance to servicing, and only leaving buyers needing to fill the tank. Beyond that, the general running costs are impressive, with every diesel-engined model having CO2 emissions of less than 100g/km and averaging more than 70mpg. The petrol engines are very attractive, too, with CO2 emissions from as little as 102g/km. Still, the 2008 will depreciate faster than some other small SUVs, especially cars like the Mini Countryman. 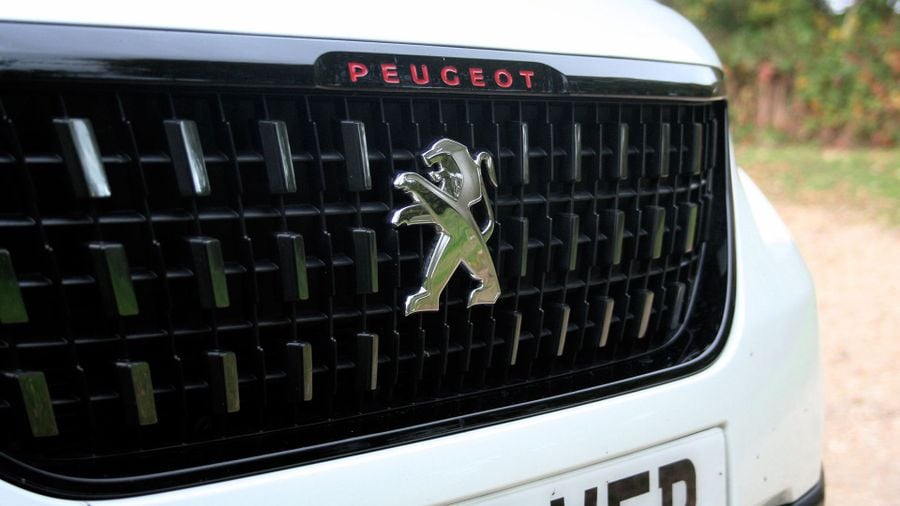 Peugeot doesn’t have a great reputation for reliability, but that’s a little unfair. In fact, the company sits (just) in the top half of the manufacturer standings in Warranty Direct’s Reliability Index, and most (although, we admit, not all) owners of the previous-generation car on our website have reported good reliability from their car. Given the mechanical similarity between this car and its predecessor, we would expect that to continue, although the 208, which shares many of its parts with the larger SUV, has been know to have issues with its washer jets and electrical systems - so we'd advise caution, especially as rival cars like the Mazda CX-3 is likely to be more durable, while crossovers such as the Kia Soul come with longer and more comprehensive warranty coverage if anything major does go wrong in the first few years. 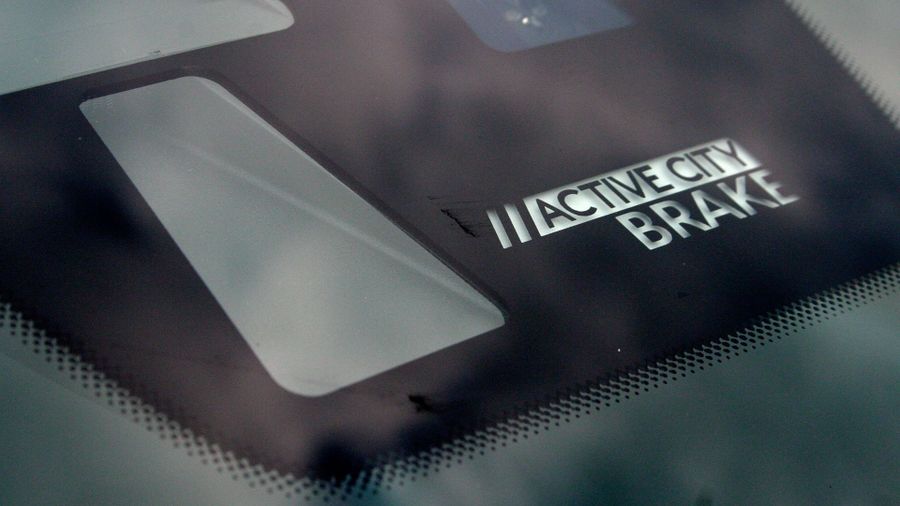 This latest version of the 2008 hasn’t been tested by Euro NCAP, but the previous-generation car scored a maximum five stars when it was tested back in 2013. The standard safety kit is the same across the range, with every model coming with six airbags to protect you in a crash, and electronic stability control to help you avoid having one in the first place. Higher-spec cars from Allure trim upwards (unless they’re specified with the 1.2 PureTech 82 engine) also come with Grip Control, which maximises traction on various types of slippery surface. Active City Brake – which can help to avoid an accident or lessen its effect by warning the driver and, if necessary, applying the brakes automatically – is available as an option on all but the most basic Access-trimmed models. 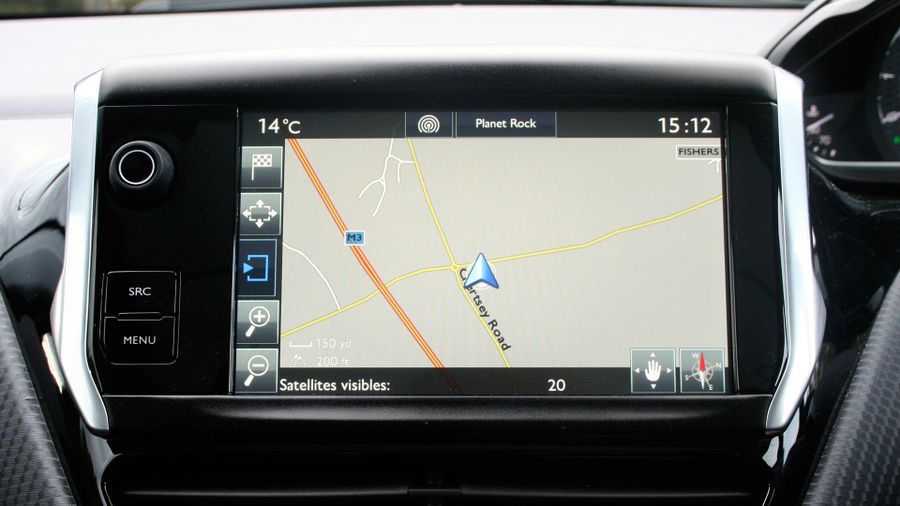 View gallery
“ We recommend upgrading to Active trim for alloys, DAB radio and a touch-screen display ”

The 2008 comes pretty well equipped. Entry-level Access A/C cars have air-con, Bluetooth cruise control, remote locking and electric front windows and door mirrors, but we recommend upgrading to Active trim for alloys, a DAB radio and a touch-screen infotainment system with Mirror Screen and Apple CarPlay. Allure cars have climate control, automatic lights and wipers, and electric rear windows, while range-topping GT Line trim gives the car a sportier look and feel, as well as adding a reversing camera and sat-nav into the mix.

The chunky looks and high level of tech available on the 2008 (especially the availability of the Active City Brake system and Apple CarPlay) certainly make the car an appealing prospect to the savvy small SUV buyer. And, with an easy-going nature and a spacious cabin, it certainly offers something a little different to its rivals. It's not the last word in driving enjoyment, and is at its best with smaller engines and smaller alloys, but as long as you don't mind taking a slower pace, this could be the perfect crossover for you. 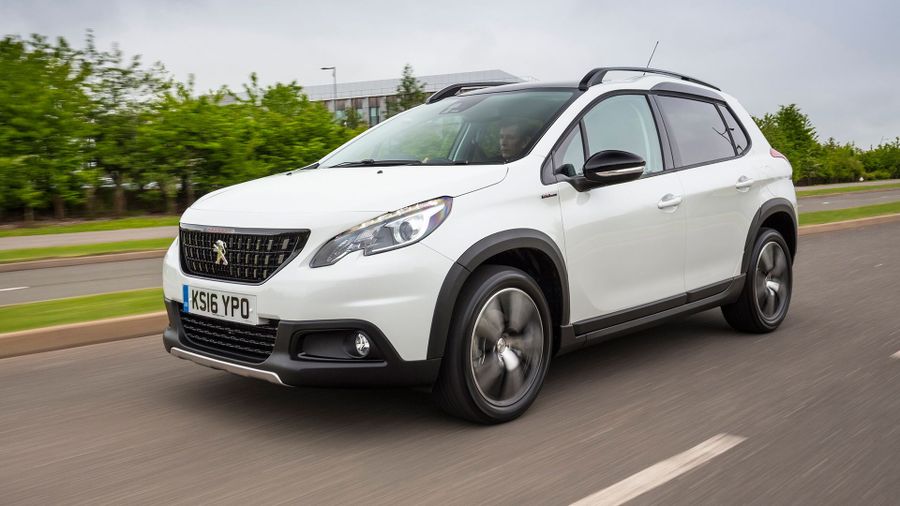