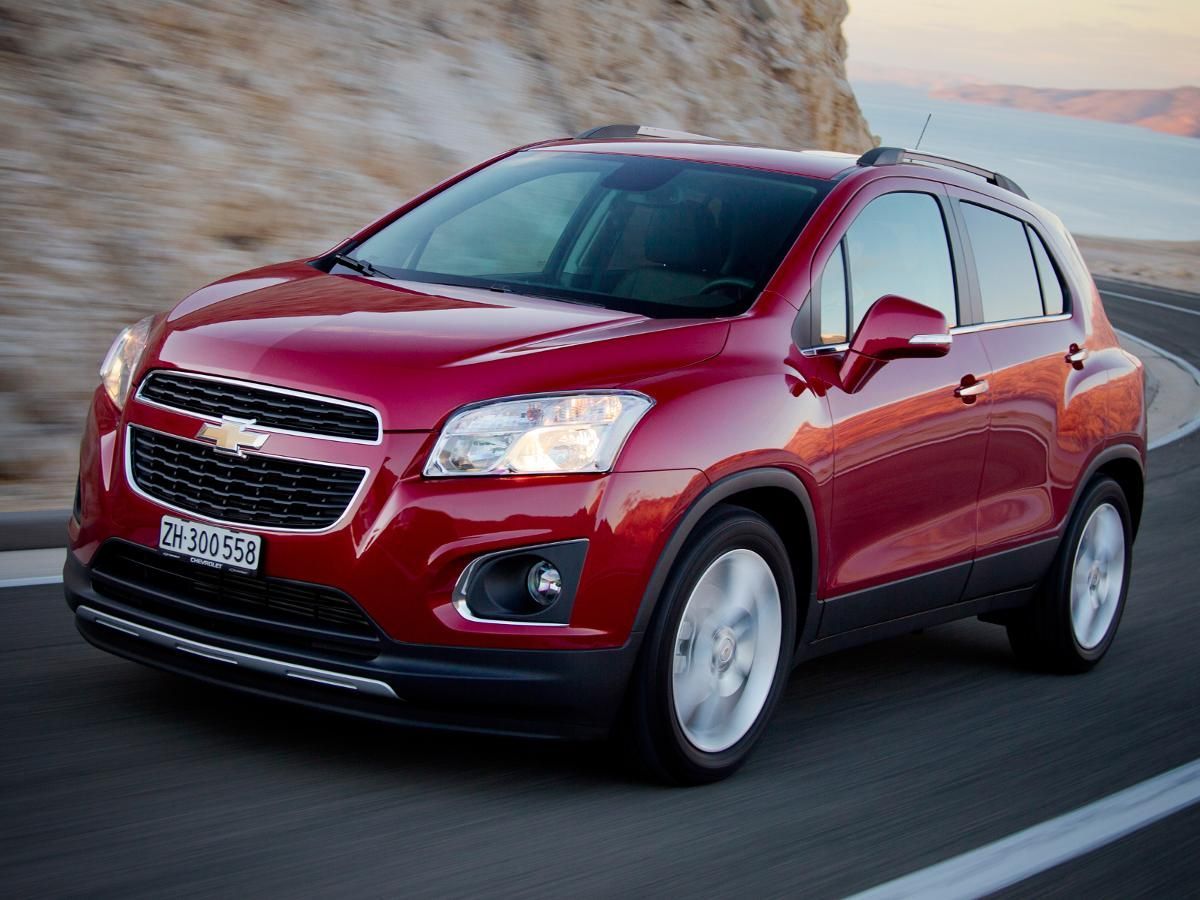 We’re yet to drive a British-specification model, but we hope that it is much better than the European models we have driven, as we have some significant reservations about the car as it stands.

Pick of the range
1.4T LT
Gutsy and reasonably clean turbo petrol engine makes this the best of the bunch
Most economical
1.7 VCDi LT
Two-wheel drive diesel version promises more than 60mpg and plenty of kit as well
Best avoided
1.6 LS
This petrol is underpowered and has the worst emissions and economy figures of the range

This is a very style-conscious area of the market, but up against rivals such as the Nissan Juke, Renault Captur and Peugeot 2008, the Trax seems a relatively conservative design. The bulbous nose is dominated by the twin grilles that sit above and below the ‘bow tie’ badge, and appears all the larger because of the deep bumper underneath. However, the rest of the shape is relatively bland – albeit smart and inoffensive – and only livened up by the standard roof rails and alloy wheels on LS models. Go for one of the LT models that make up the bulk of the range, and things get smarter still, thanks to extra chrome trim and aluminium sill plates, as well as indicators integrated into the wing mirrors.

There’s no faulting the way the interior is laid out, with clear dials and – on top LT models – a touch-screen on the dashboard that controls much of the car’s infotainment system. Everything feels well screwed together, too, but some of the materials feel rather scratchy and a little low-rent.

This is one area where the Trax scores particularly well over the Nissan Juke. It’s a bigger car and that translates into good space on board. There’s generous head- and legroom in both the front and rear seats, so you can get four six-foot adults inside with no problem. The boot is a good size for the class, too, capable of taking more than 350 litres and up to 1,370 litres with the rear seats folded down. On top of that, there are plenty of storage areas dotted around the cabin, including two gloveboxes, a cubby in front of the gear lever and, on LT models, a drawer under the passenger seat. Among the options are cargo trays and nets, as well as an organiser box with flexible partition walls, a roof box, and ski, snow board and surf board carriers. Bicycles can also be carried by attaching a carrier either to the roof rails or the tow bar.

This is an area that it’s very difficult for us to comment on at the moment, because we’ve only driven European-specification models with four-wheel drive, and we know that British cars will have revised suspension. Mind you, that’s a good thing, as the cars we drove were not very impressive, with a firm ride and a lot of body roll in bends. What’s more, there’s a complete lack of feel in the steering. Hopefully, these misgivings will be improved by the changes to the British-specification cars.

So far we have only driven the two most powerful cars in the range – the 1.7-litre diesel and the turbocharged 1.4-litre petrol – and we have reservations about both. In particular, they are both very noisy, with the diesel especially gruff when pulling away from rest and when accelerating hard. It’s also not as flexible as you might expect of a diesel engine, feeling flat below 2000rpm. On the other hand, as long as you work them reasonably hard, both engines are more than up to the job of keeping up with everyday traffic.

The Trax’s first advantage is that it costs less than the Vauxhall Mokka, with which it shares most of its mechanicals. If fuel economy is your priority, a diesel model is your best bet, with the two-wheel-drive model averaging more than 60mpg on the combined cycle. However, no Trax emits less than 120g/km CO2 emissions, which is disappointing when some versions of both the Renault Captur and Peugeot 2008 put out less than 100g/km. Insurance groups are reasonably low, but resale values are likely to be pretty low; Chevrolets don’t have the best of records in this area.

Chevrolet is a relatively unknown brand in the UK, which might concern some people, but we see no reason to worry. Not only does the company rate well in Warranty Direct’s reliability research, but the Trax is based on technology that’s been tried and tested in various Vauxhall models.

The Trax has the usual array of safety features, including stability and traction control, as well as six airbags, all of which helped it to a maximum five-star rating in Euro NCAP tests. On top of that, it also has a roll-over mitigation system, which will fire the curtain airbags and pre-tension the seat belts if it senses that the car is about to go wheels-up. Finally, it also has rear parking sensors and Hill Start Assist (preventing the car from rolling back on a hill start), as well as Hill Descent Control on top LT models.

Chevrolet is renowned as a budget brand, but that doesn’t mean you’ll be disappointed by the Trax’s standard equipment. On the contrary, even the most basic model has alloy wheels, Bluetooth, air-conditioning, cruise control, automatic headlights and electric front windows. Step up to LT trim, and you also get smarter styling, more storage, electric rear windows and Chevrolet’s upgraded infotainment system, which allows you to plug in a smartphone and run its various functions through a full-colour touch-screen. It’s a neat system, providing sat-nav (and a host of other functions) for a fraction of the cost of a built-in unit, and a real selling point for the car.

As it stands, the Trax’s chief selling point beyond its style is its practicality. It’s certainly more spacious than many other rivals in this class. However, there are several jobs that rival cars do much better. 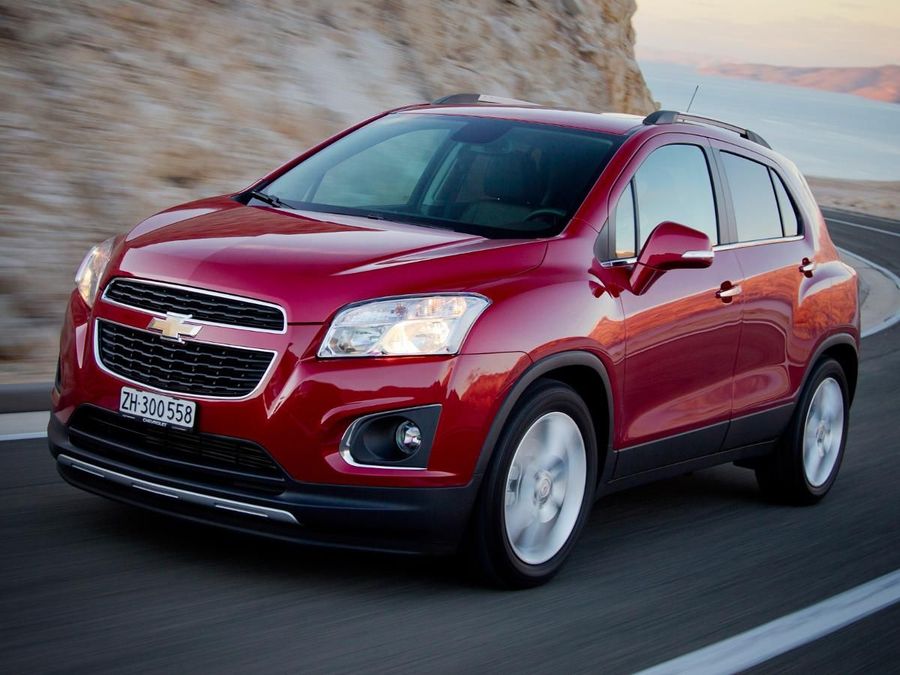