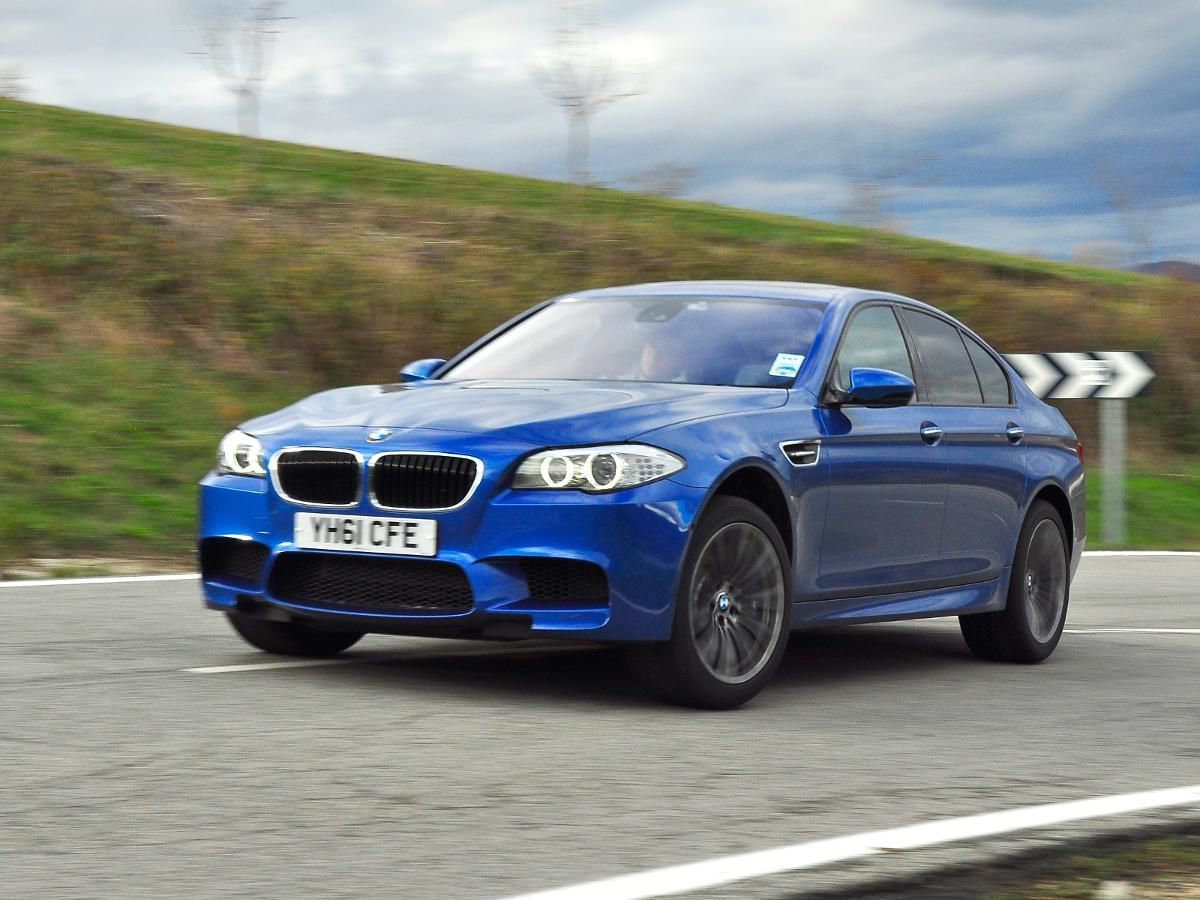 The BMW M5 is now in its fifth generation and shows no sign of slowing down. The engine might have shrunk, but power is now even more impressive. Need to get to that meeting quickly? Look no further.

Like its ancestors, the latest BMW M5 receives a subtle but comprehensive makeover to transform it from business exec to autobahn bruiser. There’s a deeper front apron, a bulge in the bonnet hinting at an oversized engine and the rear bumper is sculpted around quad tailpipes. It sits squat on spidery alloy wheels, which do little to hide drilled brake discs big enough to stop a train. It looks more compact than the Audi RS6 and to our eyes, and more modern than the Mercedes E63 AMG. Some will find the design of the Jaguar XFR more appealing – it does have more charm than the down-to-business M5.

When you are first greeted by huge armchair seats, they don’t seem fitting with a car so focused on high performance. But, this is a car designed not only to travel quickly, but to cover huge distances, and despite their size they provide just enough support in bends. The dashboard itself is a clear evolution of BMW’s past models, and its basic layout will be familiar to anyone who has driven one of Munich’s finest. Clear and functional dials are allied with well thought out graphics for the computer and central display.

Put simply, the M5 is a large saloon car which will seat five with a 520-litre boot (20 litres bigger than before) that can also beat a Porsche 911 Carrera S from 0-62mph. There’s ample head and leg room for occupants of all sizes and it’s very comfortable. Parking sensors are fitted as standard, which is handy as the M5 is a long car to parallel park and you won’t want to ding those expensive bumpers. A birds-eye view is also available, using cameras dotted around the car to show you obstacles and help with tricky junctions.

The BMW M5 is a consummate all-rounder. Place the suspension and steering in their comfort setting and you could merrily fill the car with elderly relatives without raising an eyebrow. Head to the track the next day, switch everything into sport plus mode and you can corner with enough grip to make your neck hurt. Turn off the traction control and the M5 will happily perform smoky drifts – skill allowing. In all these situations the M5 seems to shrink around you, hiding its size and weight admirably. Only on track do its brakes get visibly hot after a few laps trying to defy physics. The seven-speed automatic double-clutch gearbox deserves a special mention thanks to its sublime changes. Few cars this side of a Ferrari 458 Italia shift faster, but it also makes subtle and relaxed changes when you are just cruising around town.

BMW’s M division has fitted a turbocharged motor in the M5 for the first time in its history, causing some controversy amongst dyed in the wool fans of the model. They were worried the scalpel sharp response and sonorous soundtrack of the old cars would be lost. But the benefits of turbocharging are clear – despite the smaller 4.4-litre V8 engine, power has reached 552bhp, with 502lb/ft of pulling power. Not only is this much more torque than the previous M5, practically all of it arrives at just 1,500rpm, compared with more than 6,000rpm in the last car – drastically altering the way it feels from behind the wheel. It’s the quickest M5 with zero to 62mph taking 4.4 seconds, and it’s also much cheaper to run than the last model. Compared to the E63 AMG – its main rival – it feels like much more of a technofest, making all sorts of weird and wonderful noises as various clever things happen out of sight under the bonnet. Some drivers will prefer the science approach, others will like the simple big engine, big power strategy of the Mercedes.

There are two ways of looking at the running costs for the M5. Some will be surprised BMW is still concentrating on such a thirsty super saloon these days. The rest will be very happy it is, and impressed by the fact this M5 is 30 per cent more efficient than the last one. Its average fuel consumption goes up from 19.6 to 28.5mpg, while its emissions fall from 344 to 232g/km of CO2. Expensive perishables including Michelin Pilot Super Sport tyres and enhanced braking components will be expensive, but this is comparable to its competitors.

With so much new technology it’s hard to assess the M5’s reliability already, but it feels like a typically solid and well-engineered BMW product. A slightly different version of its 4.4-litre engine has been reliably fitted in the X5 M and X6 M since 2009, while the new 5 Series is proving dependable with new customers.

There are more electronic safety systems than you can shake a stick at. Anti-lock brakes, Cornering Brake Control, Dynamic Brake Control, Brake Assistant, Brake Fade Compensation, Brake Drying function and Start-off Assistant. The standard 5 Series has obtained a top five-star rating after being crash tested by Euro NCAP, with a 100 per cent score for Safety Assist and 95 per cent for Adult Occupant protection.

The M5 is one of the most effortless cars to drive fast we’ve ever tested, with a stonking engine and sharp gear shift. It’s a fun process too, despite its considerable size and weight. The real limiting factor of the M5 is always the speed limit, but at lower velocities the cabin is hardly a bad place to spend time. 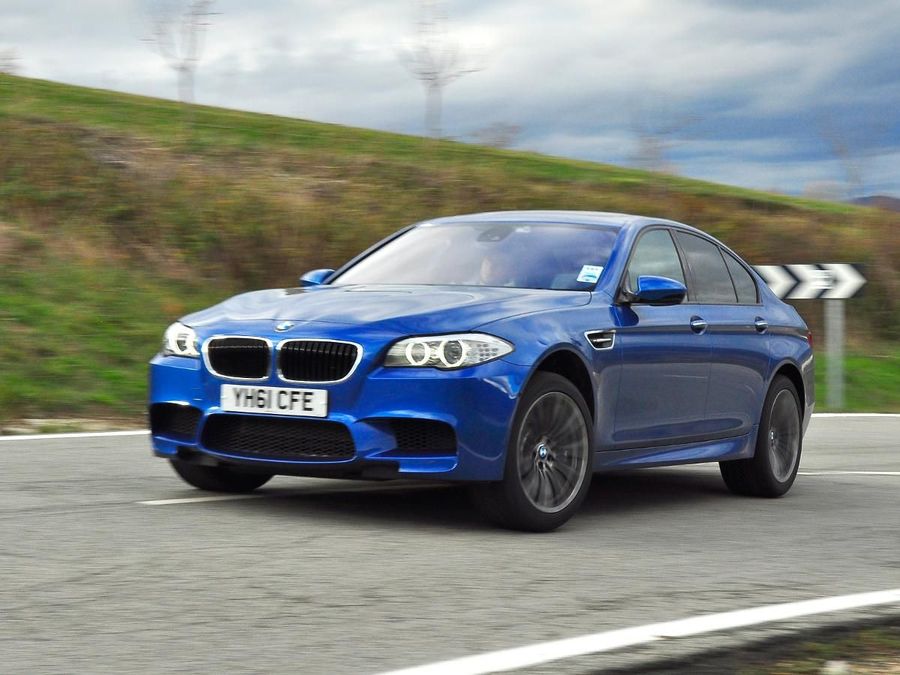