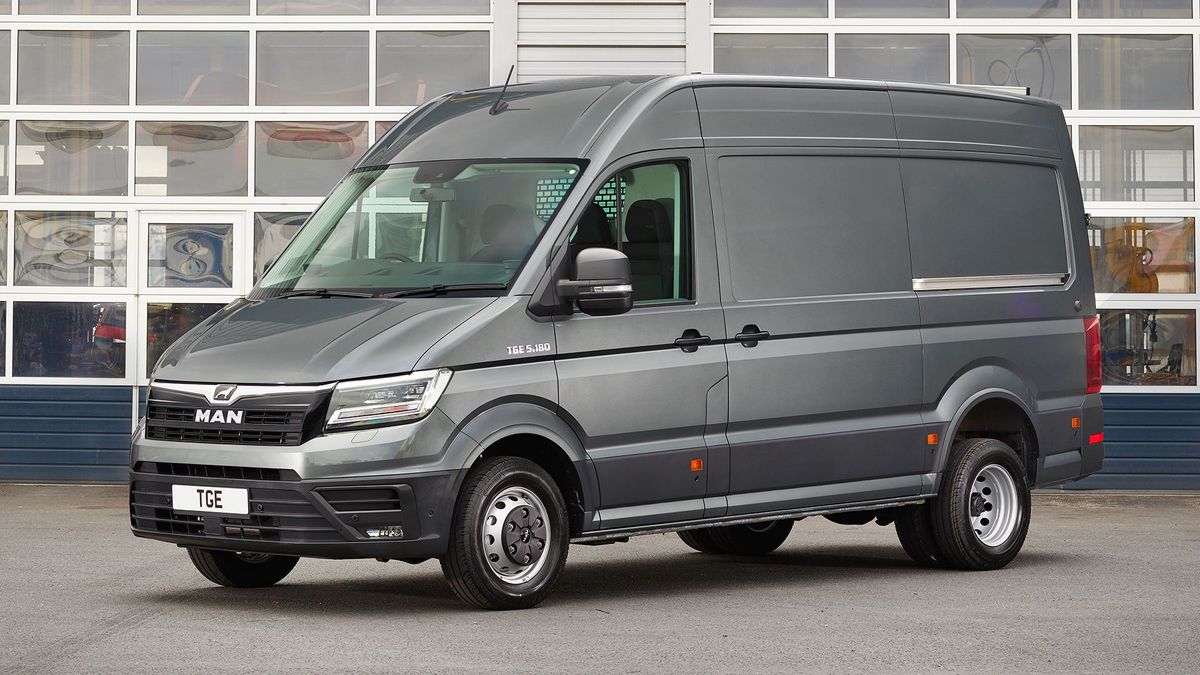 View gallery
The new MAN TGe is the very first light commercial vehicle from a company that is much better known for its trucks and heavy goods vehicles.

Rather than taking the bold, and perhaps risky, step of creating a new LCV from scratch, the company has used the new Volkswagen Crafter as a base – a decision made possible and easy because the Volkswagen Group owns MAN.
ENGINES AND DRIVETRAIN
The TGe comes with several different engines, and is available to order now, with the first examples due to be delivered to customers in September 2017.

The range consists of a 2.0-litre diesel in four states of tune, with 101-, 120-, 138- and 175bhp power outputs available to choose from, and torque outputs ranging from 280- to 410Nm. These engines are paired with a choice of gearboxes, with a six-speed manual and an eight-speed automatic available. The manual is offered on all versions, but the automatic comes only with the two most powerful engines.

Buyers will also have the choice between front-, rear- and four-wheel drive. Front-wheel drive is the standard offering, and is available on all bar the 120bhp engine, while the two most powerful engines are offered with all three options. 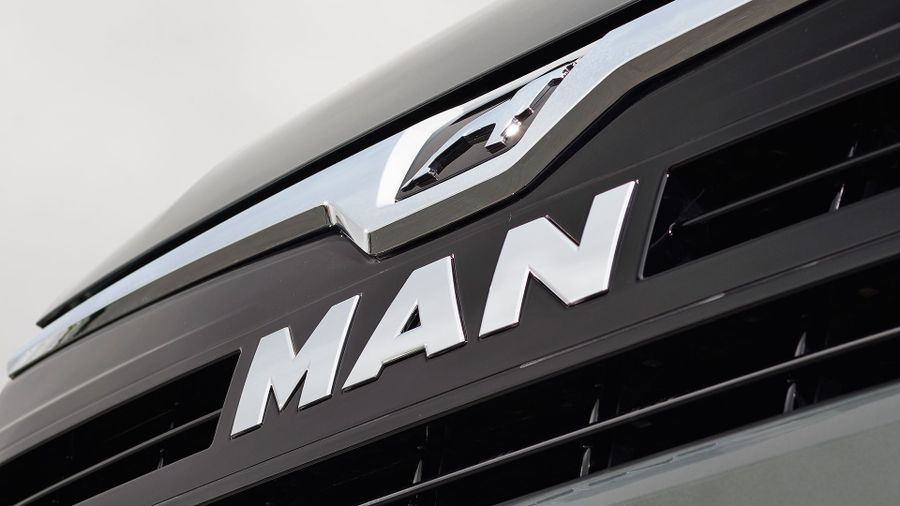 View gallery
INSIDE
The panel van version of the TGE is available in three different lengths, from 5986mm to 7391mm, and with three heights of roof going from 2355mm to 2798mm, offering six different combinations in all. The largest of them, the extra long with a super high roof, has an interior load space of 18.4m3, while the standard version offers 9.9m3 of room.

There is a wide range of gross vehicle weights offered, too, ranging from 3.0 to 5.5 tonnes.

The front-wheel drive 3.5-tonne panel van version offers the greatest payload in the range, with up to 1478kg available on the 101bhp version. The big haulers are the rear-wheel drive versions, though, as they offer gross vehicle weights ranging from 3.5 to 5.5 tonnes, made possible by the layout of the engine and gearbox. Go for the 5.5-tonne version and it comes specified with twin rear wheels for the best traction to improve its towing ability.

To get the most storage space, though, buyers will need to go for the front-wheel drive version. It sits 100mm lower than the rear- and all-wheel drive versions, which means it has a lower load compartment floor , helping to boost capacity and reduce the entry-lip height to make loading and unloading easier.

All versions come with a sliding side door that offers a 1311mm-wide opening, while the rear doors open to a give a 1552mm-wide aperture.

A combi van version, with seats for five, and a chassis cab with a platform body will both be available, too. 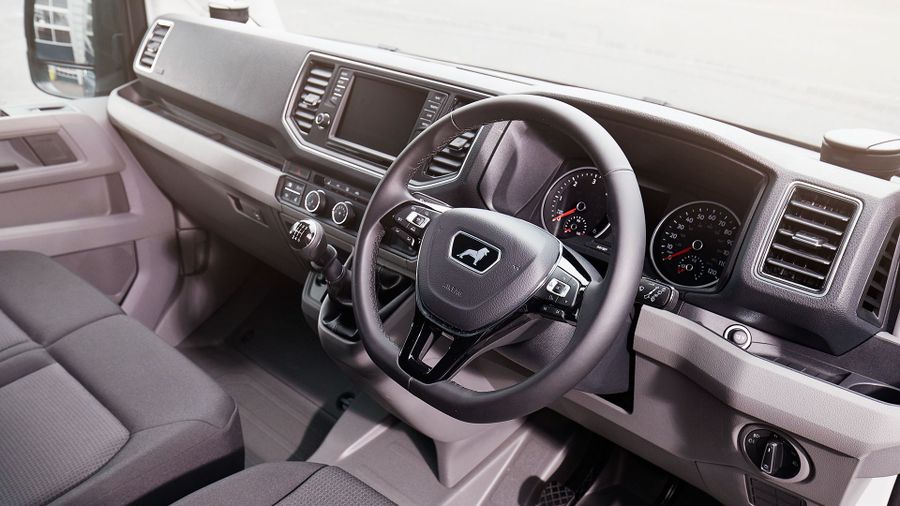 View gallery
EQUIPMENT
As with the outside, the look in the cabin is very similar to that of the new Crafter, with an eight-inch touchscreen positioned in the middle of the dash. A selection of storage spaces, including a long tray that runs the width of the windscreen and four cupholders, are available. MAN also offers a selection of seats, including an ergonomic ‘Comfort Ergo’ version, which has an optional massage function, electric controls and built-in suspension.

Safety is the big draw for the TGe, and MAN offers the same new systems as found on the Crafter, thanks in part to the new electromechanical steering. Emergency brake assist is offered as standard, while parking assist, a side assist that alerts the driver to a vehicle in the van’s blind spot, and an active lane assist that guide the van back if it is drifting out of its lane are all available as an option.

A rear traffic assist, which intervenes if the driver is reversing towards an obstacle, and trailer assist, which helps steer the van backwards while towing, are also available. 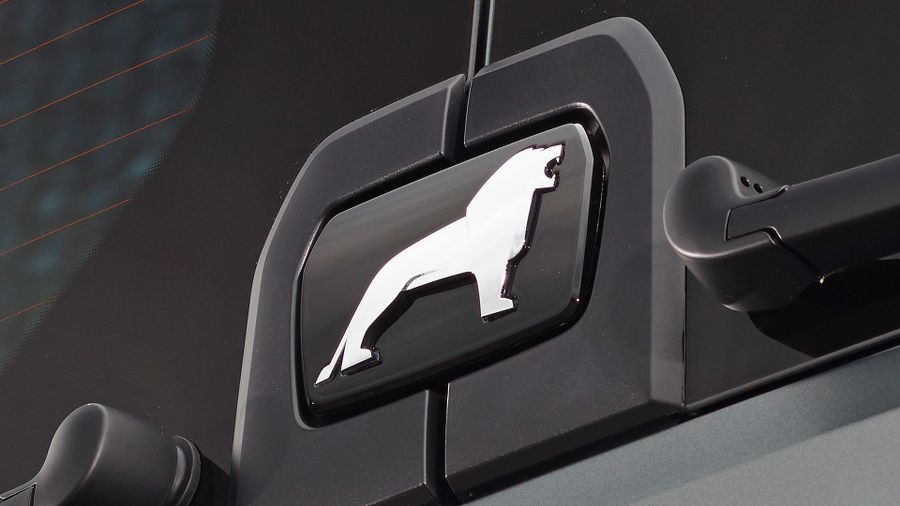 View gallery
BUYING AND OWNING
Pricing is set to start from £23,990 for the 2.100 model, which comes with the 101bhp engine, normal roof height and 3.0 tonne gross vehicle weight. Step up to the 3.100, which has a 3.5-tonne gross weight, and the price rises to £26,490. This makes the TGe cost almost exactly the same as the Crafter on which it is based in both cases.

MAN says that the big difference with the TGe will be the ownership experience, with the company aiming to bring levels of service from the truck world to that of light commercial vehicles. This means a greater focus on servicing, with late night and weekend offers aiming to minimise downtime. MAN offers a ‘mobility guarantee’ and a Mobile24 service to ensure that companies keep their fleets on the move, so they can keep earning money. Other manufacturers, such as Volkswagen, offer mobile servicing, but it is expected that MAN will want to make this its unique selling point, so will most likely aim to keep ahead in this area wherever possible.

Don’t expect to walk into a traditional dealership to buy a TGe, though – while it is selling to smaller companies, MAN aims to kick off its orders by heading to its existing truck customers. Those who want to buy one will be able to contact MAN directly, though. 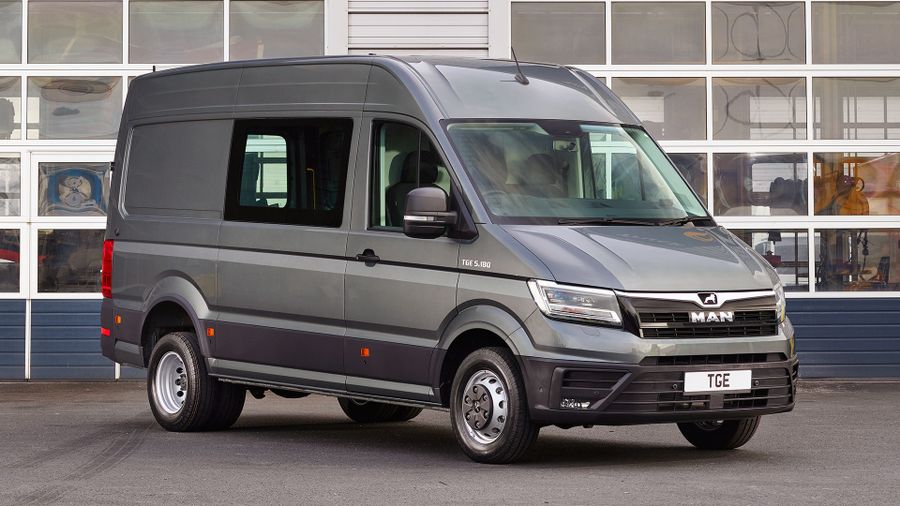 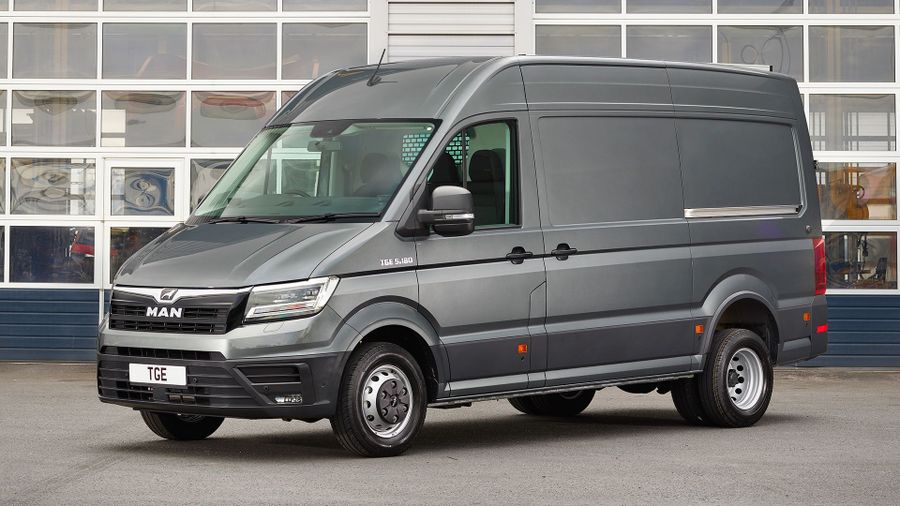