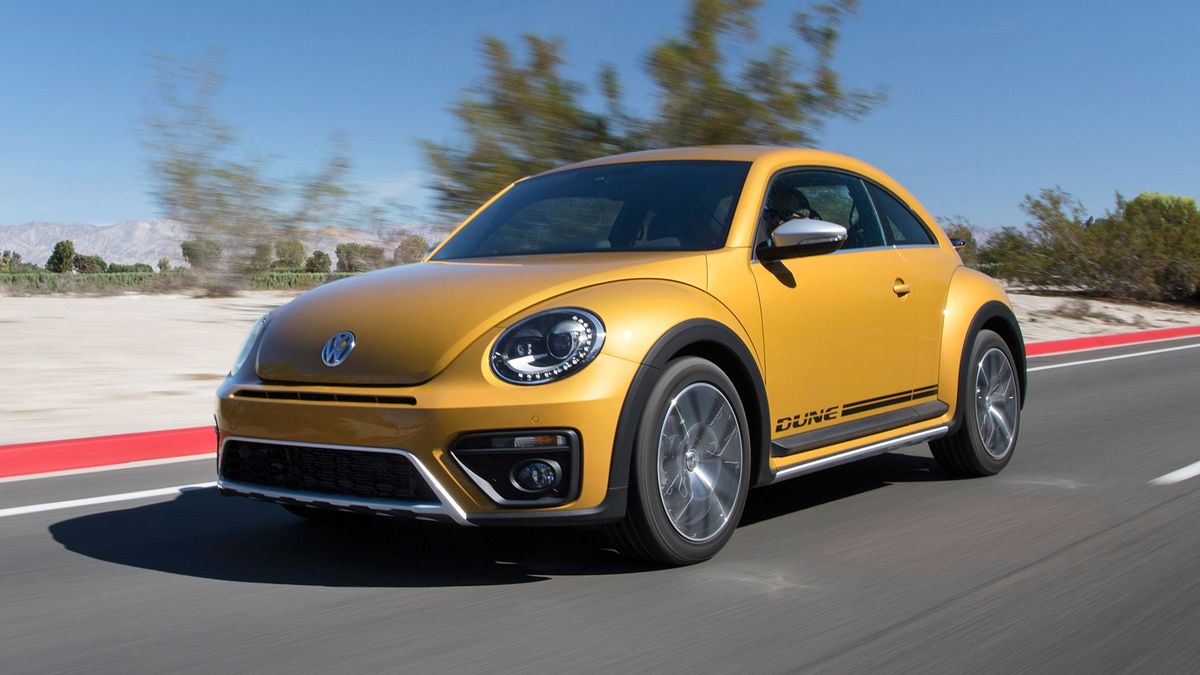 First published: 1st April 2016
Share on Facebook on Twitter
Volkswagen has extended its Beetle line-up with the addition of the new Dune model. This gives the classic Beetle silhouette a more rugged edge.

Compared to the standard Beetle, the Dune – which is available as both a coupe and a cabriolet – sits 10mm higher off the ground, and has bespoke bodywork, including a unique design of alloy wheel, extended wheelarches and bigger bumpers.

Also helping the Dune stand out from the regular Beetle are its black honeycomb grille and the black bodywork extensions and side stripes that contrast with the car’s paintwork. Five paint colours are on offer, and two – bronze and yellow metallic – have been developed for exclusively for the Dune.

Inside, parts of the dash and door panels are finished in the same colour, contrasting with the black finish on other parts of the seats, doors and roof. There's also yellow ‘Turmeric’ stitching on the sport seats, leather-trimmed steering wheel and handbrake. 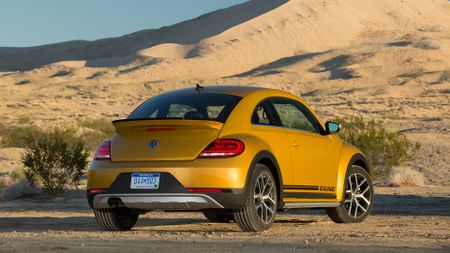 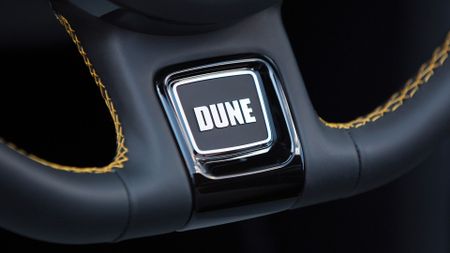 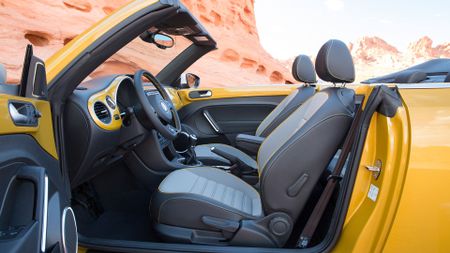 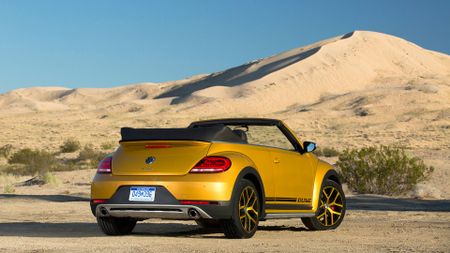 View gallery
The package of standard equipment is based on what comes with Design trim, meaning Dune buyers get a 6.5-inch touch-screen with DAB and Bluetooth, as well as automatic lights and wipers.

Two engines are available – a 1.2-litre petrol unit and a 2.0-litre diesel – with power outputs of 104- and 148bhp, respectively, and both manual and automatic gearboxes on offer.

The car will be available to order from April 5, with first deliveries due in June, and prices start at £21,300 for a petrol-engined coupe. Choosing the diesel engine adds about £2500 to the price, while the cabriolet is some £3000 dearer than the coupe.