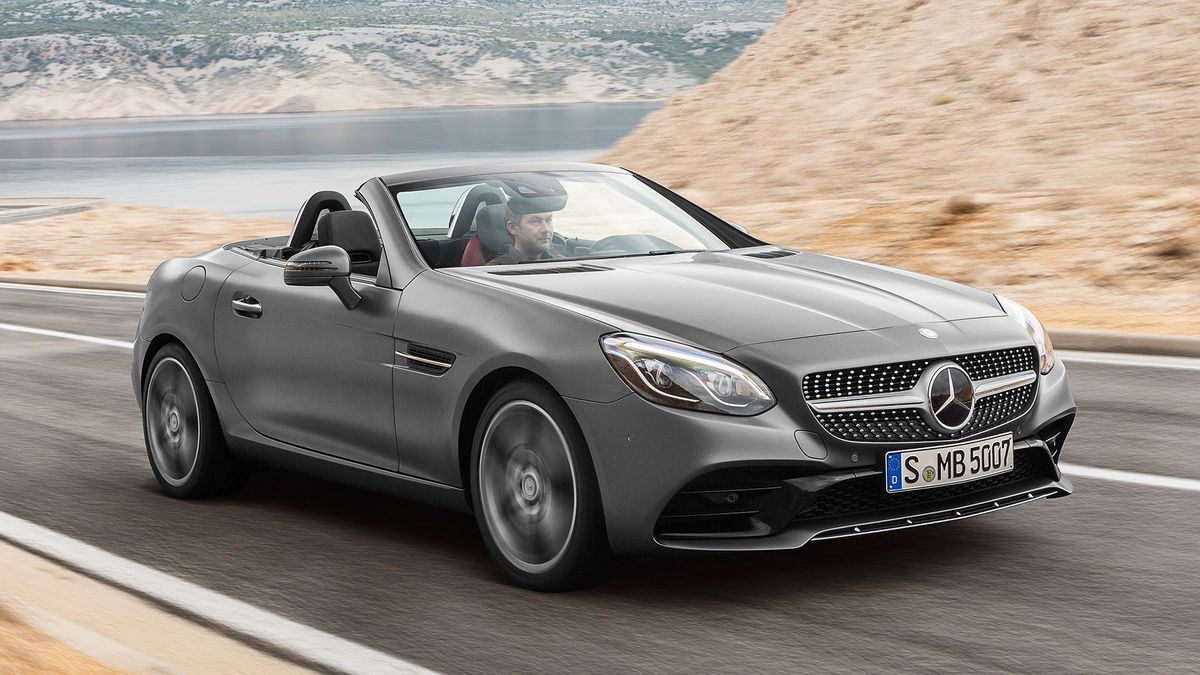 First published: 16th December 2015
Share on Facebook on Twitter
These are the first photographs of the new Mercedes SLC. Essentially a facelifted and revised version of the SLK, the two-seat roadster will go on sale early next year.

The new name reflects the fact that the car shares many of its component with the C-Class, and the most obvious changes over the SLK are at the front end, where the SLC has a steeply raked, diamond radiator grille. There are also LED daytime running lights integrated into the headlights, along with new bumpers front and rear, and sleeker tail lights that are also LED units.

At the same time, Mercedes has tried to give the SLC a higher-quality cabin than the SLK. So, the new car features new aluminium trim pieces with a carbonfibre finish, as well as a remodelled dashboard with larger display screens, an upgraded infotainment system and a new design of steering wheel. 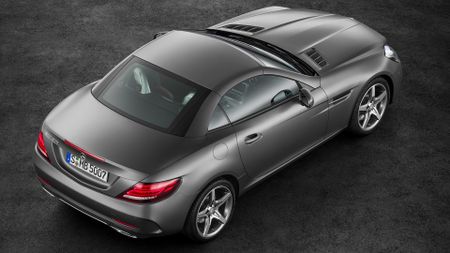 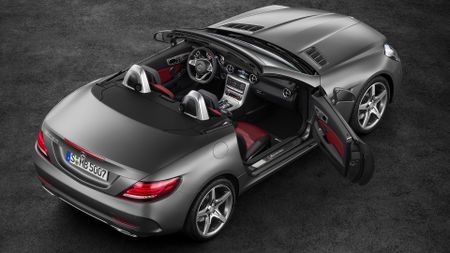 View gallery
The folding roof has been redesigned, too, and it can be operated at speeds of up to 25mph. Also new is an automatic boot separator, which adjusts its position automatically depending on whether the roof is up or down – an operation that had to be performed manually on the SLK.

Buyers will have a choice of four engines, starting with the SLC 200, which has a 181bhp four-cylinder petrol engine and – uniquely in the SLC range – comes with a manual gearbox as standard. The other mainstream petrol-engined model is the SLC 300, while the most economical model will be the diesel-engined 250d, with CO2 emissions of 114g/km.

At the top of the range sits the new Mercedes-AMG SLC 43, with a twin-turbo V6 petrol engine that will see it to 62mph in less than five seconds. It comes with its own bespoke look inside and out, as well as the option of ‘Ride Control’ sports suspension, which allows the driver to choose between three driving modes: Comfort, Sport and Sport+.

Buyers can order the new car from the middle of January – when the prices and specifications will be confirmed – and first deliveries are expected in April.

Find an SLK in our classifieds 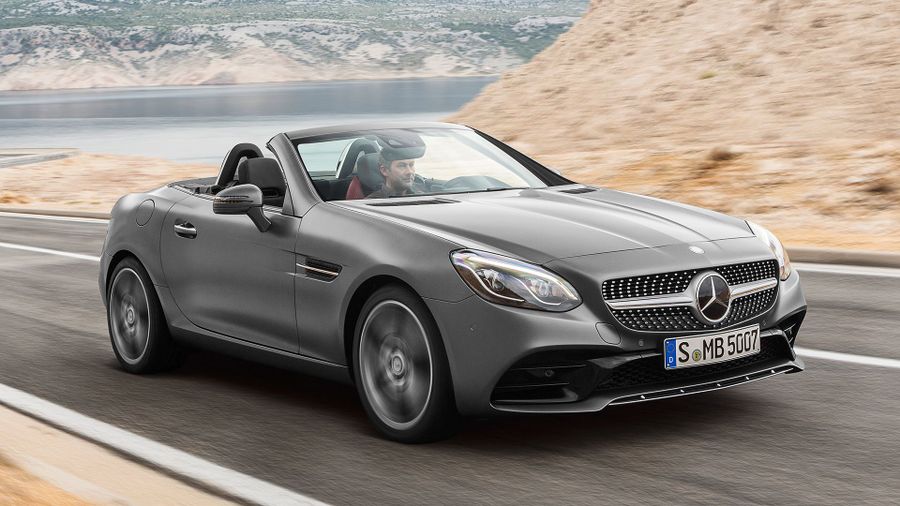