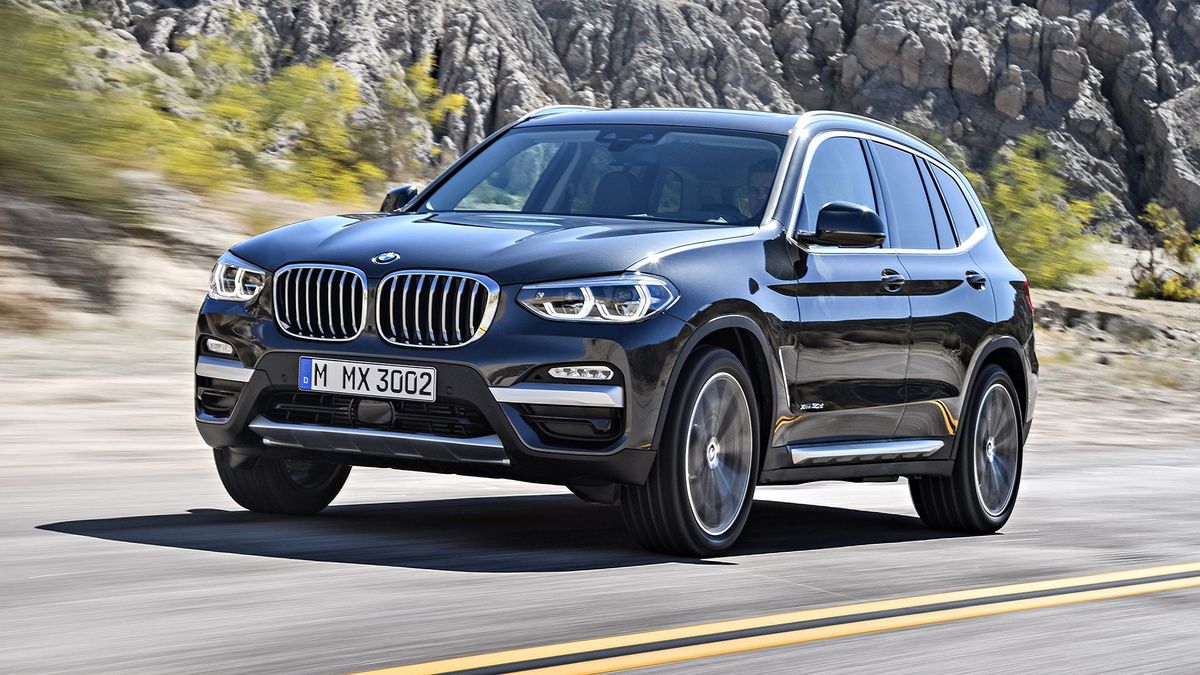 First published: 27th June 2017
Share on Facebook on Twitter
A new version of the BMW X3 will go on sale in November, the company has announced. With sportier styling, the latest driver-assistance technology and some new engines, the range will cost from less than £40,000.

The new car is pretty much the same size as the current X3, but it’s designed to have a sportier appearance. Naturally, that includes the company’s famous ‘kidney’ grille, but it – and the front foglamps – have a hexagonal design for the first time on one of BMW’s ‘X’ range of SUVs.

Every model has LED headlights, but there are subtle differences between the various trim levels. The ‘basic’ SE model has aluminium roof rails and 18-inch wheels, while xLine trim gets a satin/aluminium radiator grille, more rugged bumpers, metallic side sills and 19-inch wheels. The sports-oriented M Sport model has its own body kit, along with the option of blue-painted brake calipers and ‘Phytonic Blue’ paintwork. 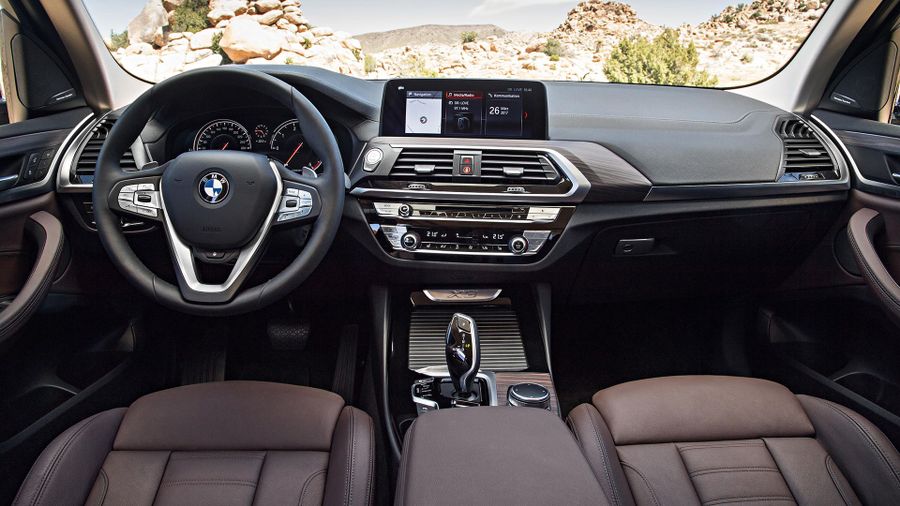 View gallery
Inside, the many hexagonal shapes are an echo of the shapes on the grille, while as on the outside, there are subtle differences between the three trim levels. SE comes with leather upholstery, chrome highlights and ambient lighting, while xLine ups the elegance, and M Sport models have a sporty makeover, including sports seats and the upgraded ‘Professional’ sat-nav package in place of the ‘Business’ unit that’s fitted to the other models.

Also standard across the range is three-zone climate control, with separate controls not just for the driver and front-seat passenger, but also for the back-seat passengers. The rear seat is split into three parts, and with the appropriate option specified, each part can be individually reclined and adjusted to make the occupants more comfortable.

Further options include a panoramic sunroof and acoustic window glass (to make the car quieter inside), as well as BMW’s ‘Display Key’. This offers several extra features, such as keeping the driver aware of fuel levels, letting them know the windows and doors are closed, and allowing them to operate the optional auxiliary heating.

The new car’s suspension is fundamentally the same as the current X3’s, but BMW says that it has a sportier feel without any sacrifice in ride comfort. M Sport models have a firmer set-up, but this is available as an option on the other models, as is Dynamic Damper Control, which has electronically controlled suspension that can automatically adapt to the prevailing road surface or be adjusted to the driver’s preferences. 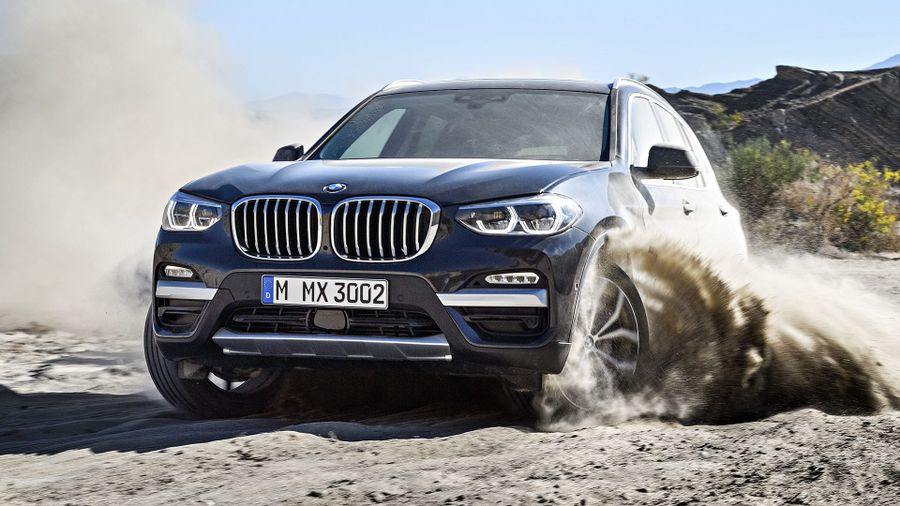 View gallery
To start with, the X3 will come only with diesel engines, but eventually the four-cylinder 20d and six-cylinder 30d will be joined by the 20i and the M40i petrol-engined models. All have four-wheel drive, and across the range, all the engines are more economical than the equivalent units in the outgoing car. The most economical is the 20d, with average consumption of 56.5mpg, while the fastest is the M40i, which can hit 62mph in less than five seconds, and represents the first time an X3 has been available as an M Performance model

The car is also available with all of BMW’s latest driver-assistance technology, such as Active Cruise Control, the Steering and lane control assistant, Lane Change Assistant and Lane Keeping Assistant with side collision protection, although some will only be options.

Last, but not least, the new X3 also has the latest in smartphone connectivity, including allowing Microsoft Office 365 users a secure server connection for exchanging and editing emails, calendar entries and contact details through the built-in Microsoft Exchange function. 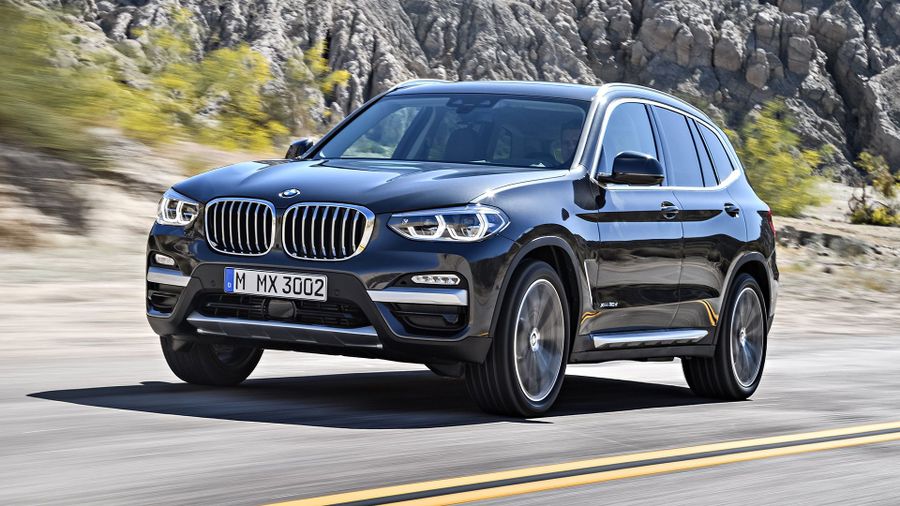