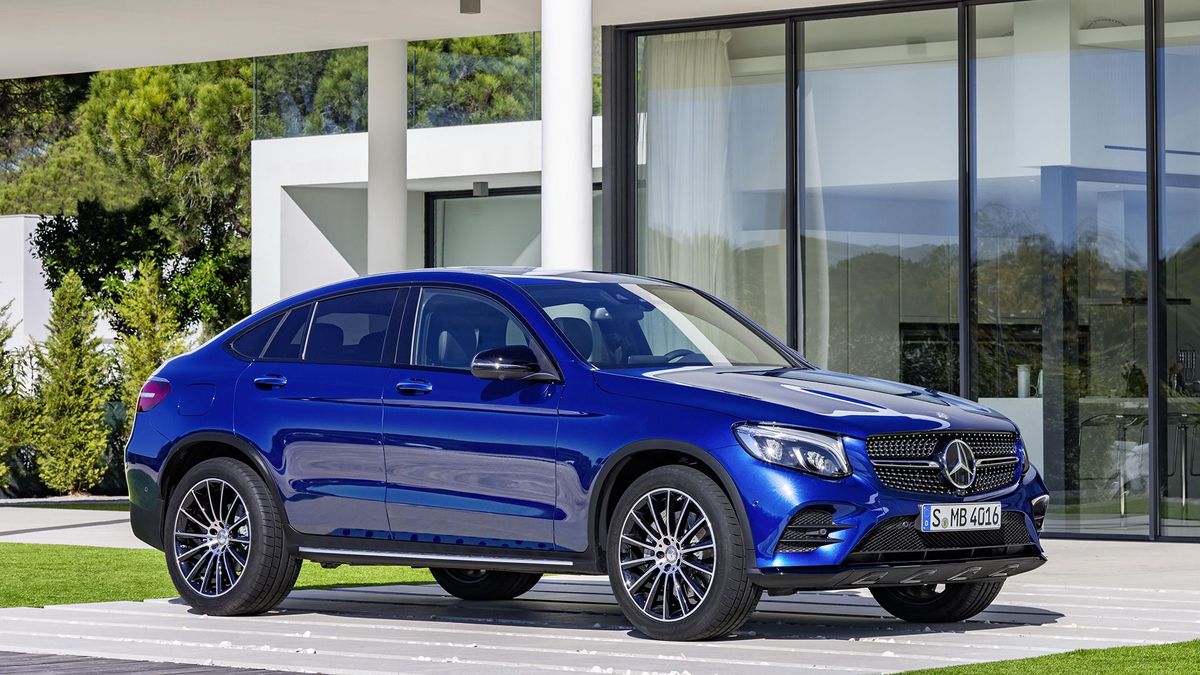 First published: 23rd March 2016
Share on Facebook on Twitter
The Mercedes-Benz GLC Coupé has been unveiled at the New York Auto Show and is said to combine the emotion of a coupé with the functionality of an SUV to create the company’s sportiest off-roader yet.

Like the GLE and GLE Coupé, the GLC Coupé shares a lot of underpinnings with its mid-sized SUV sibling, the GLC. However, Merc’s engineers are keen to point out that the differences here are much more comprehensive. Not only is the GLC Coupé both longer (4730mm) and lower (1600mm) than the GLC, it features bespoke suspension, a redesigned roof, windscreen and tailgate, new 20-inch alloy wheels plus a new exhaust system to support the sportier remit. And despite this, Mercedes insists it will remain ‘highly capable off-road’.

The front of the cabin remains familiar with both the GLC and C-Class, benefiting from the same comfort, high-quality finish and classy materials. Despite the plunging roofline and trickier rear ingress, there remains plenty of head- and legroom for two adults in the back, while the boot is still big enough to accommodate the weekly shop. 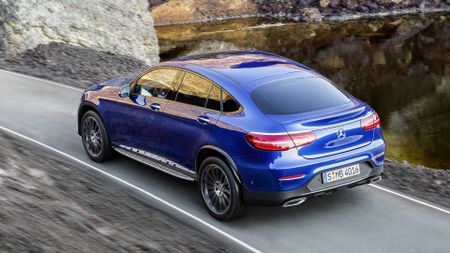 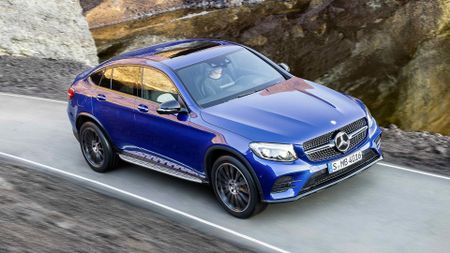 View gallery
At launch, all versions of the GLC Coupé will come fitted with four-wheel drive and Mercedes’ 9G-Tronic nine-speed automatic gearbox. However, there will be a choice of two adaptive suspension set-ups: ‘dynamic body control’ with steel springs and a pricier ‘air body control’ with air suspension. Engines will include a 208bhp 2.0-litre turbocharged petrol in the GLC 250 or a 2.1-litre diesel with either 168bhp or 201bhp, named the GLC 220d and GLC 250d, respectively. A plug-in hybrid and performance-orientated Mercedes-AMG 43 versions are planned to join the lineup in 2017.

We’re expecting the Mercedes-Benz GLC Coupé to arrive in showrooms by late summer with prices expected to start from £38,000. That’s a price premium of around £3,000 over the standard GLC, which puts it in the sights of the BMW X4, Porsche Macan and upcoming Jaguar F-Pace. 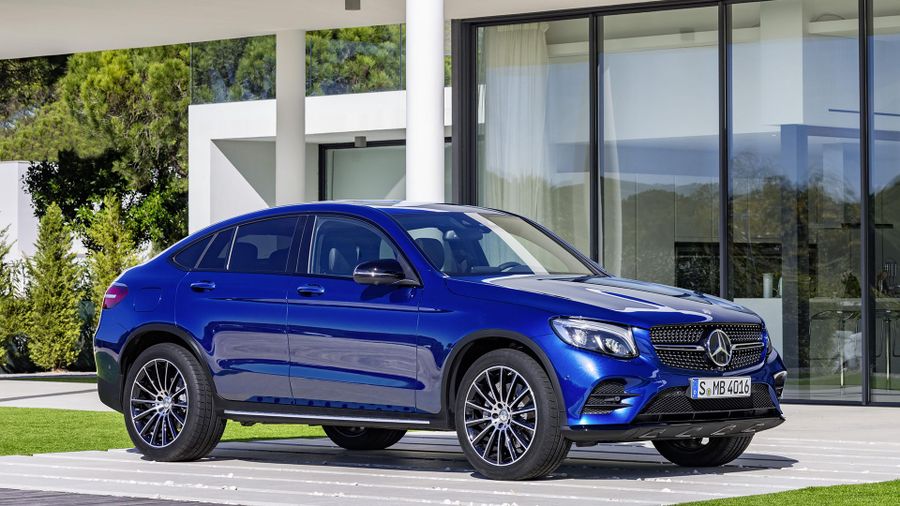