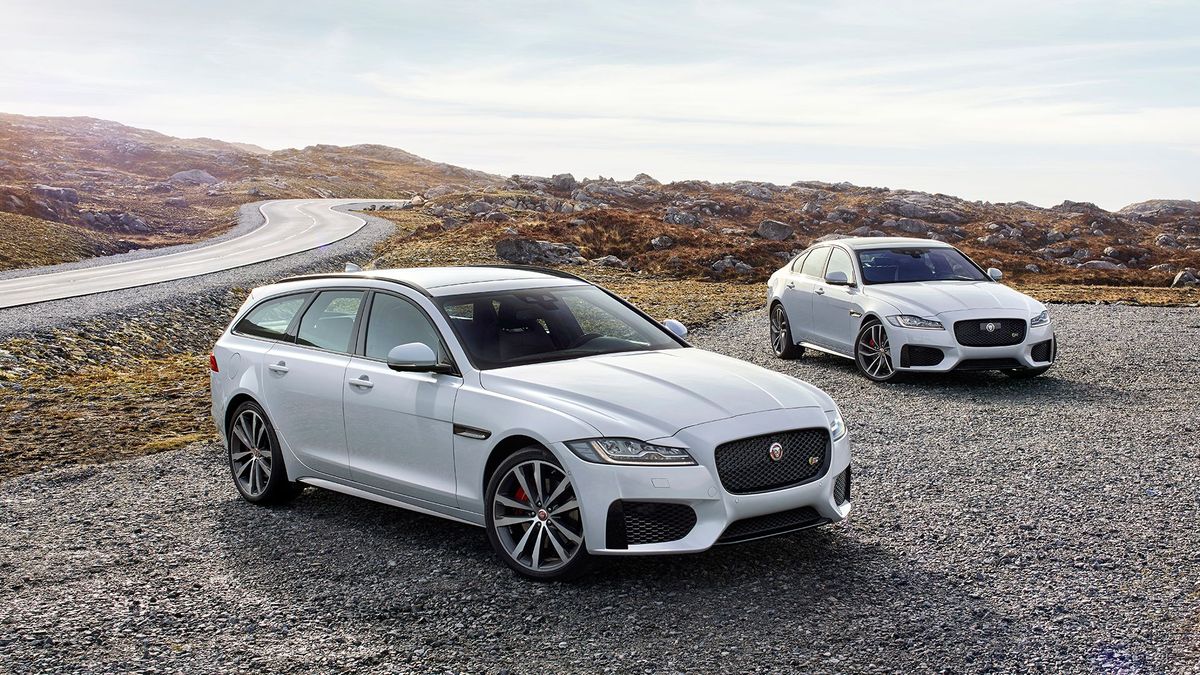 View gallery
First published: 14th June 2017
Share on Facebook on Twitter
Jaguar has unveiled its new XF Sportbrake estate car, which is available to order now in the UK.

The XF Sportbrake will rival the likes of the Audi A6 Avant, BMW 5 Series Touring and Mercedes E-Class estate.

From the front, the XF Sportbrake definitely has cues from the saloon, with xenon headlights and LED daytime running lights.

However, from the rear, the differences are more obvious, with wraparound LED lights, and a chrome strip running the full width of the vehicle. The car’s roof rails can carry loads up to 100kg; and, although the Sportbrake looks longer than the saloon, it’s actually the same length overall.

The new model is available with two solid paint colours – black and white – and eight metallic shades. Two premium grey and silver shades are available as options, and the Farallon Black is available only on First Edition models. 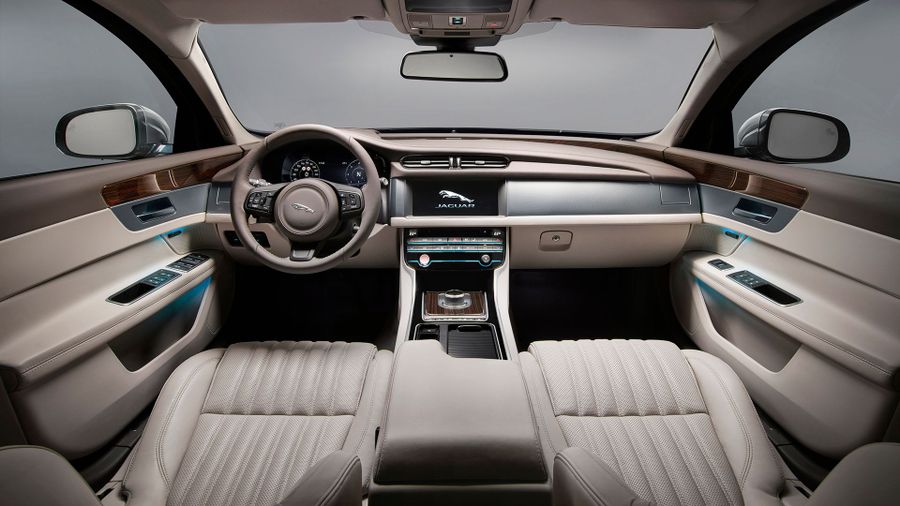 View gallery
Interior
The interior, as you may imagine, is similar to the saloon's, but with more space and practicality.

The car also features Cabin Air Ionisation, which maintains air freshness inside the car, and there are optional soft-close doors.

Rear-seat passengers have more kneeroom and headroom than in the previous XF Sportbrake, despite this new model's shorter overall length, and there’s four-zone climate control, heated seats, and a large sunroof to keep things pleasant in the back. Drivers can open or close the sunblind with the swipe of a hand.

The boot space is 565 litres, and the XF Sportbrake has a 40/20/40 split rear seat that folds down to increase the load space to 1,700 litres. A load cover keeps items out of view, and there’s an optional divider net to keep loose items secure. In ‘real-life’ terms, the load area has been designed to accommodate a golf bag across the width of the boot, without removing the clubs. On vehicles with keyless entry, drivers can open and close the tailgate by waving a foot underneath. 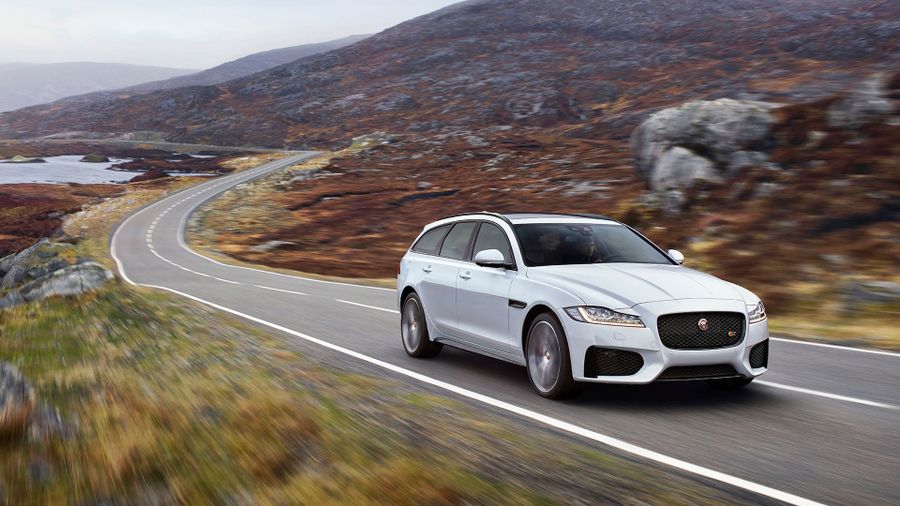 View gallery
Engines and tech
The new XF Sportbrake will be powered by a 2.0-litre four-cylinder diesel engine developing 160, 178 or 238bhp, or there’s a 3.0-litre V6 diesel with 287bhp. All are paired with eight-speed automatic gearboxes, and the 2.0-litre 160bhp engine is available with either a six-speed manual or automatic. A 2.0-litre four-cylinder 248bhp petrol engine with automatic gearbox will also be available, with 115g/km CO2 emissions, and official fuel economy of 41.5mpg.

On all models with an automatic gearbox, the new Sportbrake features a Configurable Dynamics package as an option, so drivers can adjust the steering settings, throttle response, gearshift mode and suspension (when the car is fitted with the adaptive damping system).

In heavy traffic, Adaptive Cruise Control with Queue Assist tracks the vehicle in front and maintains a safe distance, Blind Spot Monitor and Reverse Traffic Detection checks for vehicles approaching from behind, and Park Assist helps the driver to both bay and parallel park.

The new Jaguar XF Sportbrake is available to order now, priced from £34,910. 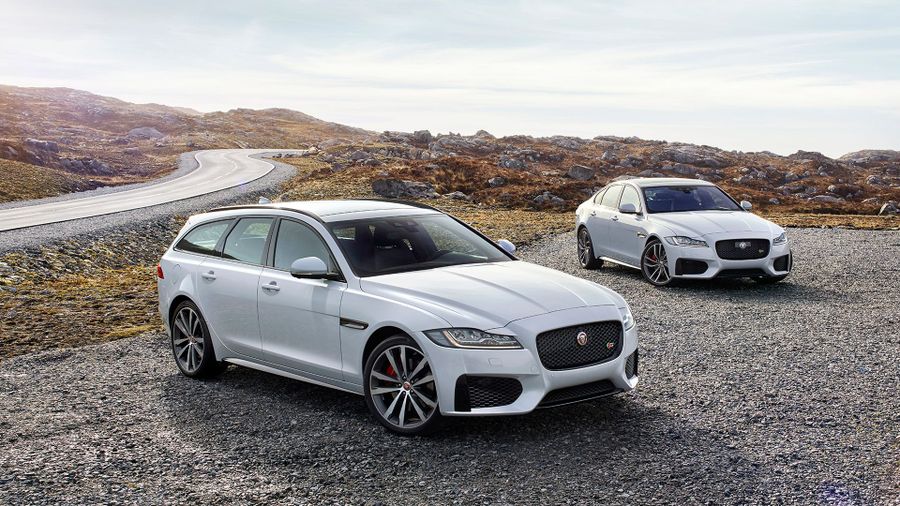