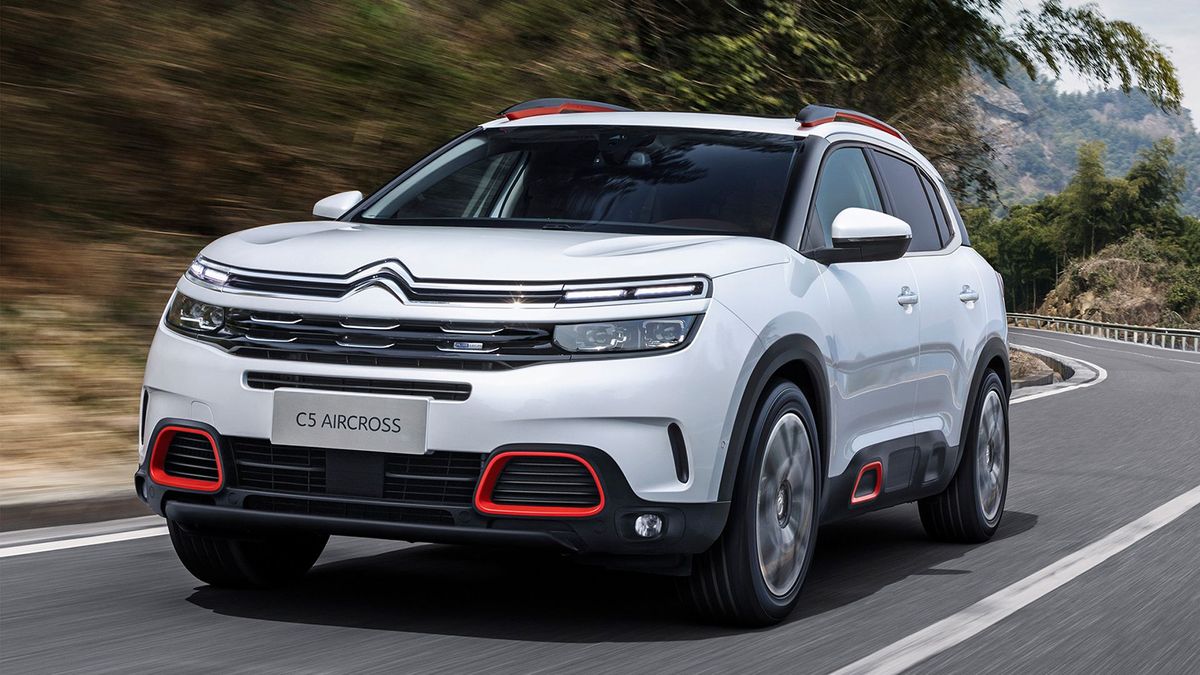 View gallery
First published: 18th April 2017
Share on Facebook on Twitter
These are the first pictures of the new Citroen C5 Aircross SUV. Unveiled this week at the Shanghai Auto Show in China, it is due to go on sale in Europe in the second half of 2018.

It will be the second new SUV from the company, following on from the production version of the C-Aircross Concept, which was revealed at the Geneva Show in March. The company has now confirmed that the finished model (which will replace the C3 Picasso) will be called the C3 Aircross, and will go on sale before the end of this year.

The new C5 Aircross is larger car, and at 4.5 metres long, is slightly longer than the Nissan Qashqai, Seat Ateca and Peugeot 3008. However, like its smaller brother, it will be looking to attract buyers with its unique sense of style. 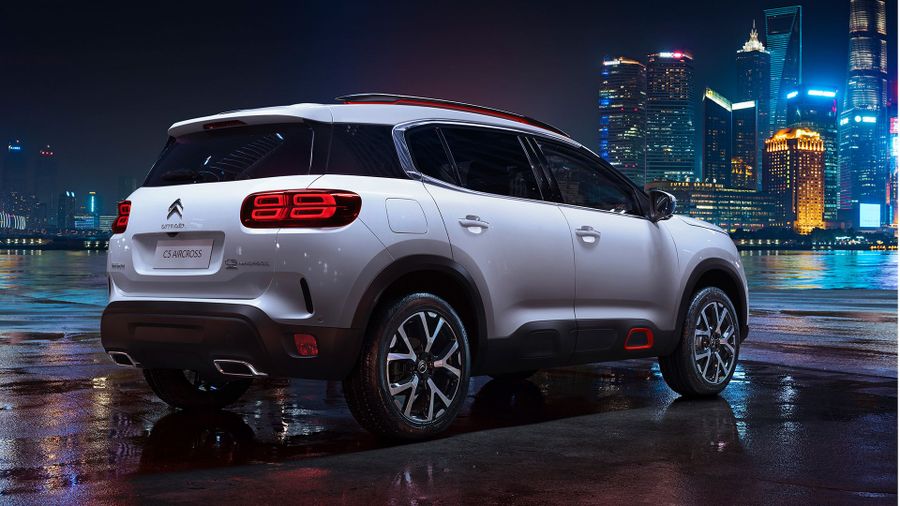 View gallery
With its wide grille and prominent double chevrons, the new car is very clearly a Citroen; and, that’s reinforced by the fact that the lower edges of the doors come with ‘Airbumps’ that are unique to the company and have already been seen on the C3 supermini and C4 Picasso.

Meanwhile, the headlights are all-LED units; the pillars between the side windows are painted black, so that the car’s roof appears to be ‘floating’; a c-shaped piece of chrome trim runs around the edge of the side windows; and, at the rear, the side windows blend seamlessly into the rear screen.

In the cabin, the layout is dominated by a 12.3-inch digital display for the driver, while there is plenty of storage and, says Citroen, the emphasis is on comfort. So, not only are the seats designed to feel more like armchairs, the air-con system includes a carbon filter to purify the air, and head- and legroom are said to be class-leading. 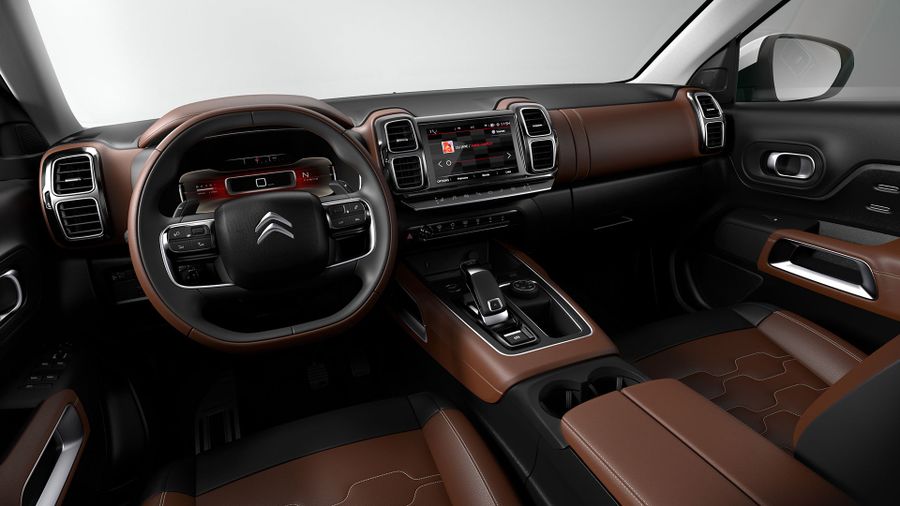 View gallery
The boot will take 482 litres – more than in a Qashqai – and it has a two-level floor, so that owners can arrange the space to take smaller items. And, for larger items, the rear seat is split 60/40, and folds down with the use of a single handle to leave a flat floor.

As inside, so with the suspension, comfort is the priority, with the suspension based around a brand new hydraulic system which is designed to give an exceptionally comfortable ride. Citroen has also said the car will come with ‘Grip Control’, an advanced form of traction control that makes the car more capable in difficult terrain.

Citroen is yet to confirm which engines will available in the UK, but in China the car will come with a choice of two petrol engines. What’s more, the C5 Aircross will be the first Citroen to come as a plug-in hybrid, combining a 197bhp petrol engine with two electric motors. This gives the car a range of almost 40 miles on electric power alone, as well as four-wheel drive, when all the power sources are working together.

Last, but not least, the car will also come with the very latest in infotainment and driver-assistance packages. This includes sat-nav, an 8.0-inch touch-screen, voice activation and Apple Carplay, as well as autonomous emergency braking, adaptive cruise control, a lane departure warning system, and ‘Vision 360’, which provides an all-round view of the car from two cameras.

As you would only expect, we’re still some way away from hearing exactly when the car will go on sale in the UK or how much it will cost. All Citroen has said so far is that it will reach Europe in the second half of next year; and, given its competition, we’d expect it to cost from around £20,000. 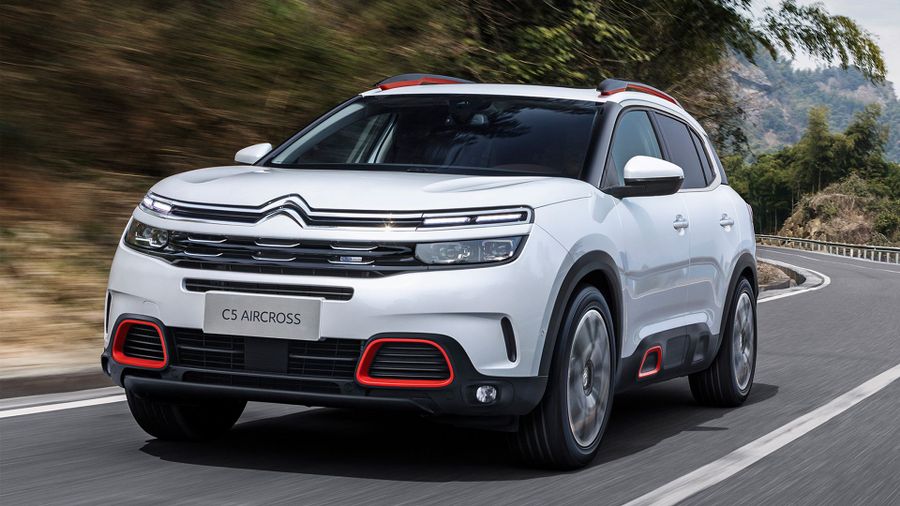