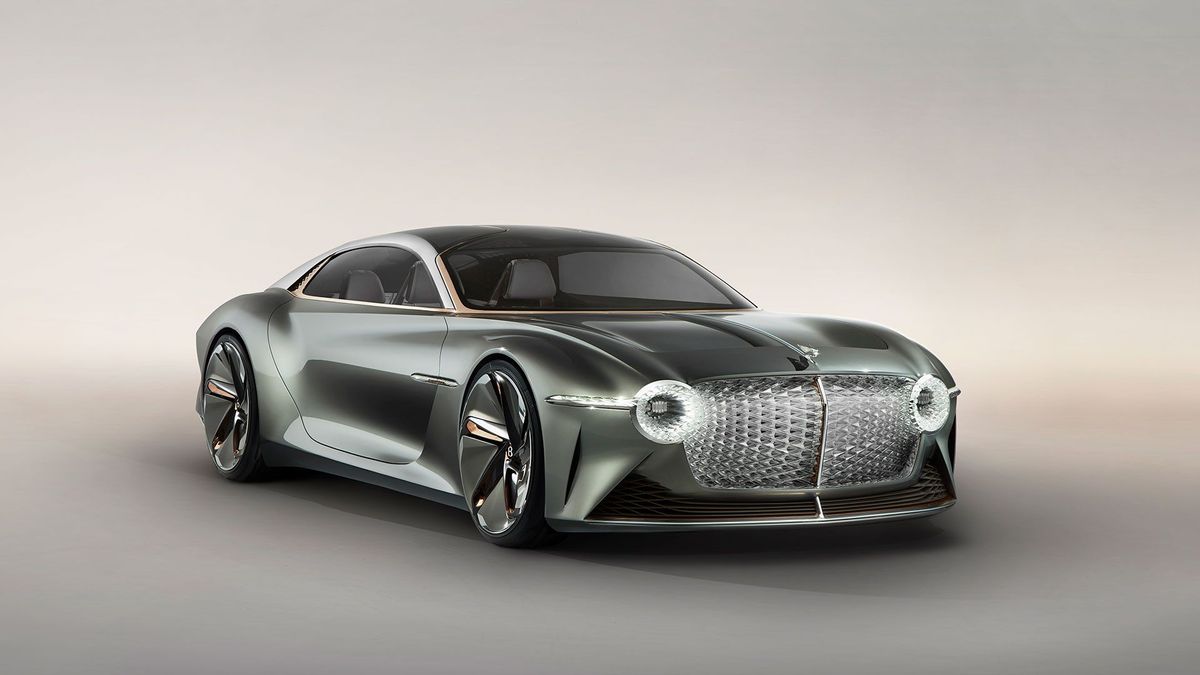 First published: 10th July 2019
Share on Facebook on Twitter
Bentley celebrated 100 years in existence today with the unveiling of its vision of the future: a sumptuous grand-touring car called the EXP 100 GT. Naturally it’s an electric car, and autonomous too (with the option to take control and drive it, should the occupant feel the desire).

But beyond that, it shows us just what a sustainable luxury car might look like 15 years from now: Bentley continues to lead the field in luxury car interiors with its inventive use of colours and boundless new materials and textures, all meticulously measured, cut, sewn and polished.

The silver external paint, named Compass, gets its colour from rice husk ash; huge amounts of husks from the rice industry otherwise end up in landfill, apparently. Similarly, a wasted by-product of the wine industry has been transformed into textiles with the feel and look of leather for the two curved seats inside.

The majority of materials used have been sourced in the UK: the wood that frames the seats is 5,000-year-old river wood, recovered from British peat bogs by an organisation called the Fenland Black Oak Project, and infused with copper by Bentley for a metallic sheen.

The carpets are made from British farmed wool, while the cut crystal that forms the interface for the Artificial Intelligence (AI) system in the car is sourced and hand blown in Cumbria. There is an inventive use of cotton, stitched by Hand and Lock, the 18th-century London company responsible for embroidering military and royal dress uniforms; a neat inclusion that shows how well Bentley continues to blend tradition with innovation for its signature styling.

Bentley calls its AI system the Bentley Personal Assistant: it will suggest journeys, point out places of interest and work with biometric analysis to “create air and sound curation that promotes self-care and well-being in the car”. What this wonderful phrase means in practice is that there are four moods to choose from: enhance, capture, cocoon and re-live. For example, cocoon uses air purification and opaque glass to separate occupants from the busy world outside, while re-live replays highlights of your grand tour on the inside of the vehicle. More than that, we cannot say - you’ll have to wait for 2035 to experience the detail.

Meanwhile, the four electric motors send the grand tourer to 62mph in under 2.5 seconds which is Formula-One fast. The car weighs 1,900kg which is impressive for a battery-heavy electric car but Bentley promises the batteries will be both lighter and more energy-dense, meaning an 80 per cent charge in 15 minutes - about half the speed of a rapid charger right now.

Whatever. We just want that personal assistant… 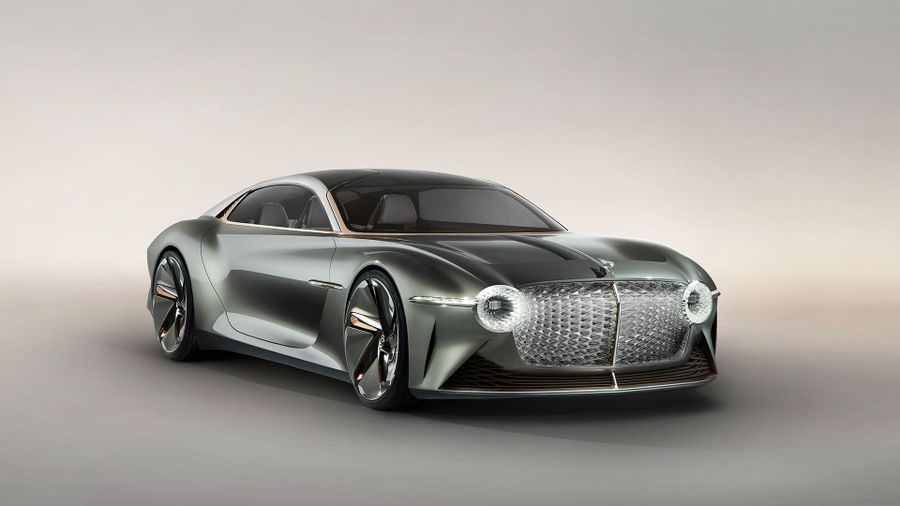