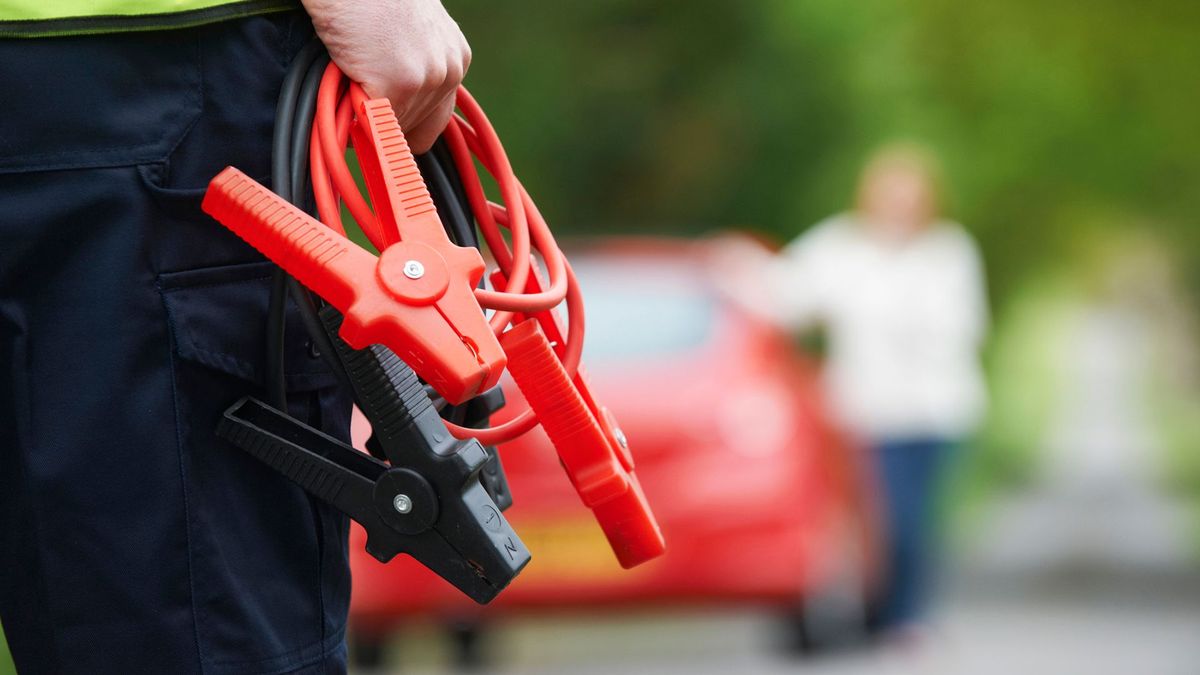 First published: 6th July 2018
Share on Facebook on Twitter
Have you found yourself with a flat battery? Or perhaps, you’re a lovely person and you want to rescue someone else who has a flat battery. Either way, you might be able to jump start the car if you’ve got a set of jump leads, and a car with a fully functioning battery.

So, you’ve got your leads, your car with a flat battery, and a working car. What next?
1. Ensure both cars have their parking brakes on, and that the ignition is switched off. Also check all electrical systems in the car with the dead battery are turned off, such as the lights.

2. Open the bonnets of both cars – the location of the button for this will vary, but if you can’t find it, it will tell you in the manual. Both cars will need to be parked very close together, without touching.

3. Take your jump cables and attach one of the red clips to the positive terminal of the flat car battery. You can tell it’s positive as it will have a ‘+’ on it, or a ‘POS’.

4. Attach the other red clip to the positive terminal of the working battery.

5. Attach the black clip to the negative terminal of the flat battery.

6. Attach the other black clip to an unpainted metal surface in the car with the working battery, somewhere away from the battery. You could use one of the metal poles that holds the bonnet open.

7. Now start the engine in the car that works, and let it run for a few minutes.

8. After a few minutes, try starting the other car. If it starts, don’t turn the engine off! You’ll need to drive around for a good 30 minutes or so to recharge the battery. If you have further problems with it starting, it’s likely that the battery isn’t holding a charge, and you’ll need to replace it.

9. If the flat battery car doesn’t start, check everything is connected up properly, and try again. If it still won’t start after that, you will need to call your breakdown provider.
How to disconnect the cables
Whether the car starts or not (which it hopefully will!), you’ll need to safely detach the jump cables.

1. Disconnect the black jump lead on the unpainted metal surface.

2. Disconnect the other black jump lead.

3. Disconnect the red jump lead on the car that worked originally.

4. Disconnect the red jump lead on the (hopefully) previously flat battery.
Safety and things to consider
. Note that you’ll need to use a car that has a battery with at least the same voltage to jump start, and you can’t jump start a car with an alternatively fuelled vehicle – so a hybrid or electric car – as that can cause all sorts of problems and damage.

. Make sure nothing metal touches the terminals on the car’s battery, and take off rings and metal jewellery.

. If there is damage to either of the batteries, don’t try to jump start them.

Start Check
How to jump start a car image gallery 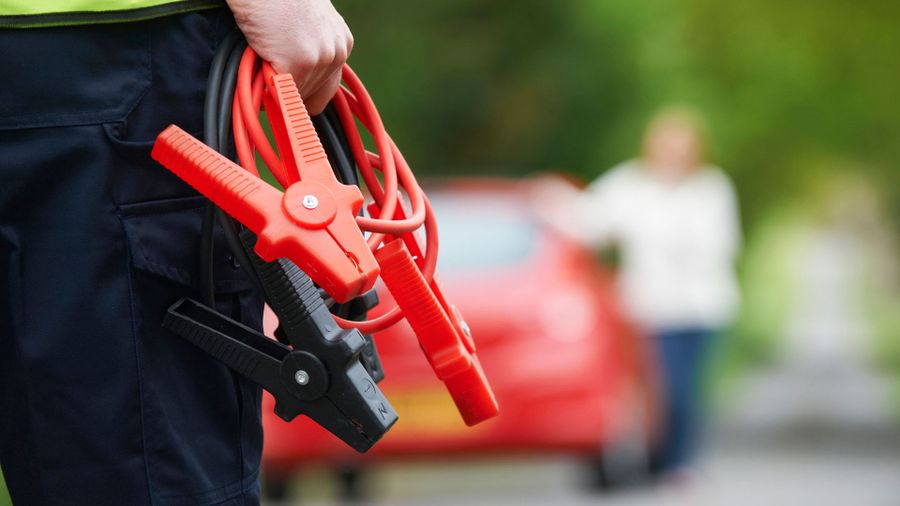