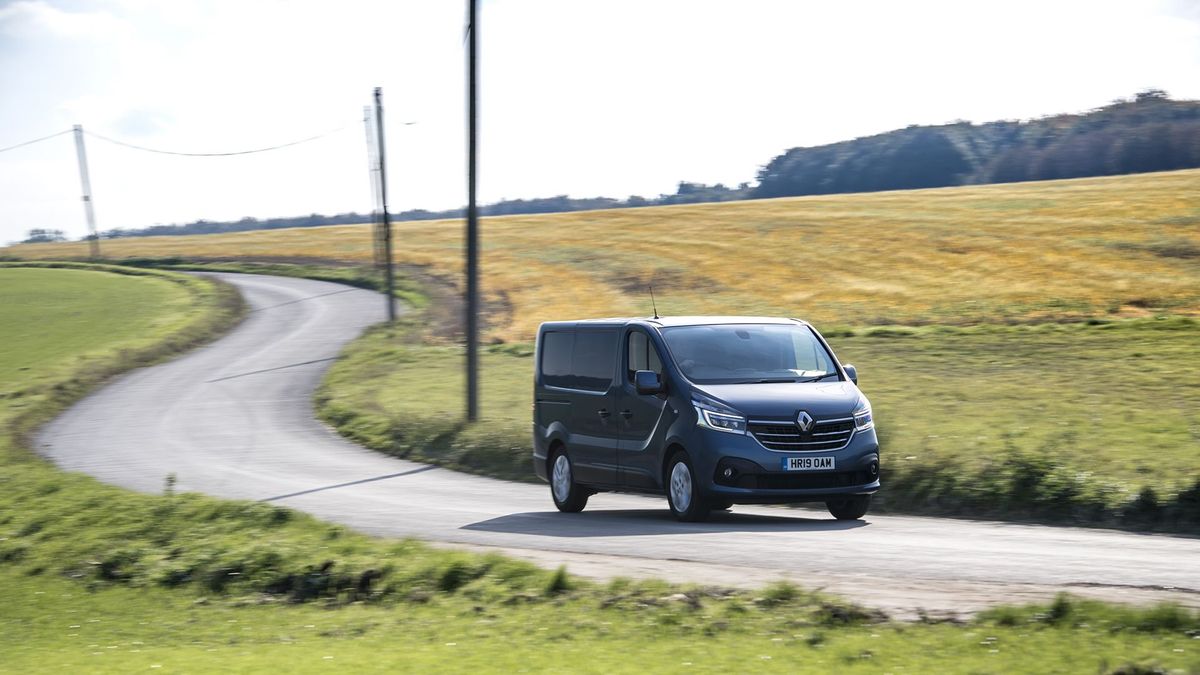 Emissions requirements have brought about changes at a fair few of the familiar faces in the van world. The Renault Trafic has gone further than many with a thoroughly revised look, more kit and a new automatic gearbox. Rather than making a series of minor tweaks, Renault has given the Trafic a totally fresh set of engines that are now 2.0-litres in size rather than the 1.6-litre units that preceded them.

The most recent updates to the Trafic don’t touch the elements that have made it a popular choice with many buyers in the medium van sector. The loading bay and the cabin storage are both left largely untouched, which is great in some ways but slightly short of the class best in others.

The space on offer in the rear loading bay is excellent, with the load-through hatch that comes as standard on most trims a particular highlight – it means that the Trafic offers the longest loading length in its class for slim items like poles and pipes. You get this from the mid-level trim upwards and it means you can carry items up to 4.15m long without having to open the rear door.

The storage is good, too, with up to 8.6 cubic metres in the longer model with the high roof. The existence of that high roof is a welcome element from the Trafic. With the Vauxhall Vivaro now sharing the same structure as the Citroen Dispatch and Peugeot Expert, the number of vans in the medium sector that doesn’t offer a high roof variant has increased. The most recent update brings some added clarity to the rear, too, with new LED lights that boost visibility. There aren’t loads of them, but they are bright and plentiful enough to illuminate the general load bay.

The cabin space is good on paper as it boasts 90 litres of room. A large amount of this – 54 litres – is underneath the passenger seat, but the glove box and dash-top boxes are both usefully sized and shaped. It’s a real shame that the phone holder, which sits prominently in the driver’s eyeline in a useful spot, is still the same model from before the most recent facelift and is too small to take many modern smartphones.

The visual updates to the interior are less comprehensive than those on the outside, with the addition of some chrome details the most eye-catching. However, a hard-wearing upholstery will be appreciated more for its longevity than its luxuriousness.

The other notable addition is the upgrade of the infotainment system for the range topping model. It lifts the cabin to the standards of Renault’s car range, as it is a smart looking and relatively simple affair, and the addition of Apple Carplay and Android Auto is a welcome boon.

Despite the notable change in engines, done with the more stringent emissions legislation in mind, the impact on fuel economy is not quite as noteworthy. The mid-level engine, for example, only improves its official rating by around 2mpg on the like-for-like official test. The official European figures are around 52mpg, but the UK vans come with slightly more equipment so might see a bit of a drop in that figure

Disregarding the official figures, there are bits of kit that come as standard to help boost economy. The fitment of stop start as standard helps on this front and the Eco button dampens down the throttle response to help out those that are less able to regulate their own right foot.

With Vauxhall having been bought by PSA, the Trafic no longer shares its parts with the Vivaro, but the Renault’s popularity in Europe and the fact it shares elements with the Fiat Talento and Nissan NV300 means both spares and repairers should be easy and relatively affordable to come by. 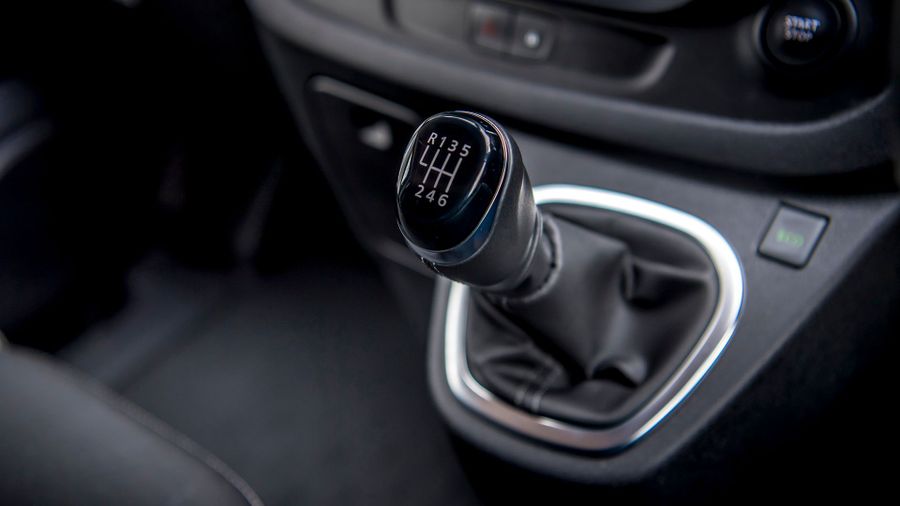 Rarely is anything not tried and tested in the van sector, and the Renault Trafic doesn’t buck that trend.

It comes with a pretty standard three-year, 100,000-mile warranty but the servicing intervals are a well-spread 25,000-miles or two years, which suggests Renault has built up plenty of confidence in the Trafic’s durability.

The change from 1.6-litre to 2.0-litre engines hasn’t radically transformed the way that the Renault Trafic performs, but it does bring a slight improvement. There are now three power options on offer, with the middle version – with 145 horsepower – the one that suits the van the best. The larger one brings a touch more power at 170 horsepower but honestly the mid-range model has plenty of power and performance to suit almost every need.

The most eye-catching addition to the Trafic is the six-speed EDC automatic gearbox. It is a wonderfully smooth ‘box that is similar in operation and feel to Volkswagen’s dual-clutch DSG equivalent. Renault has gone from not offering an auto in the Trafic to offering one that is so enjoyable and relaxing to use that it is arguably the pick of the range, if you can justify the couple of thousand pounds to upgrade from the manual gearbox. 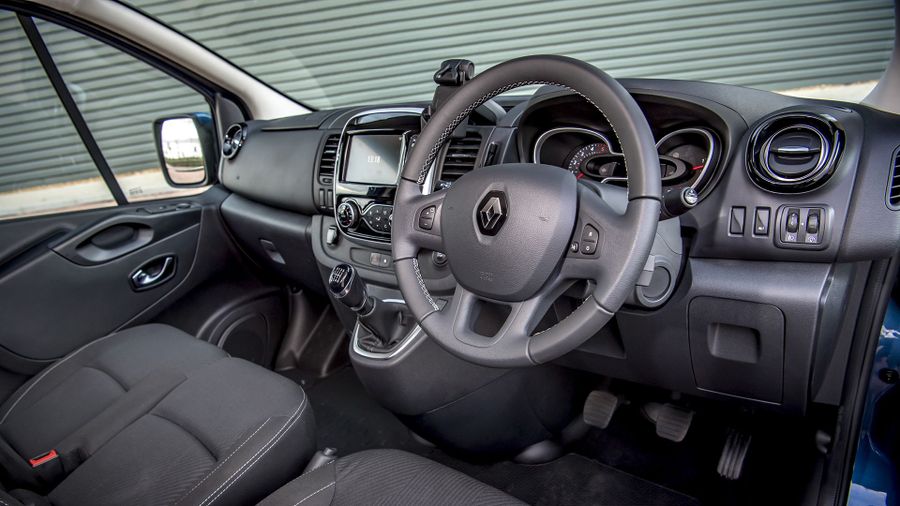 The Trafic has long been one of the best riding vans of any size and the excellent news is that the suspension and related elements remain unchanged.

The new engines do feel slightly heavier, but the impact on the Renault’s agility is marginal at best – it is still a nippy vehicle to drive if you are in a position to be able to change direction quickly. The sharp steering and well-balanced ride mean that the Trafic is excellently settled around faster corners, even with a hefty load in the back.

The Trafic didn’t get any notable extra safety kit with the most recent update, which means that it is standard for its class rather than setting any new benchmarks. The things of interest that you do get include a wide-view mirror on the passenger sunvisor that allows you to see into the van’s blind spot, front and rear parking sensors and a trailer swing assist system that helps with towing. Needless to say, none of these are on the basic version though.

The big absence is Autonomous Emergency Braking, which isn’t even available as an option. This is pretty poor given the widespread nature of the tech these days. 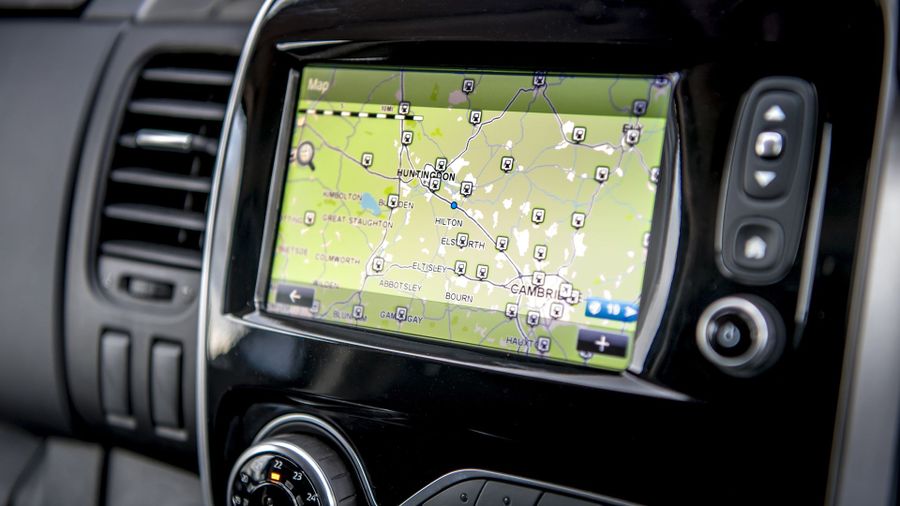 Renault has cut out a lot of the poor-selling deadwood from the Trafic range, which means that the van’s trim levels now start at Business and then graduate to Business+ and Sport.

The lack of real basic model means that the standard kit on offer is decent for an entry level van. The starting price has gone up from the pre-facelift model, but it is worth factoring in that you can no longer get the lower powered engine that came with the basic van.

The kit you get as standard includes DAB digital radio, Bluetooth and an alarm, while the smart looking and bright LED headlights are also included on every model. It is a shame that a trim named ‘Business’ doesn’t come with air con – you have to go up to the mid-range model for that.

The Business+ also gets the mobile office – a fold-down middle seat – and the excellent load-through bulkhead that boosts the load length to 4.15m for narrow items such as poles. Sport brings the sort of kit – auto lights and wipers, 17-inch alloys, metallic paint and the new infotainment system with Apple Carplay and Android Auto capability. 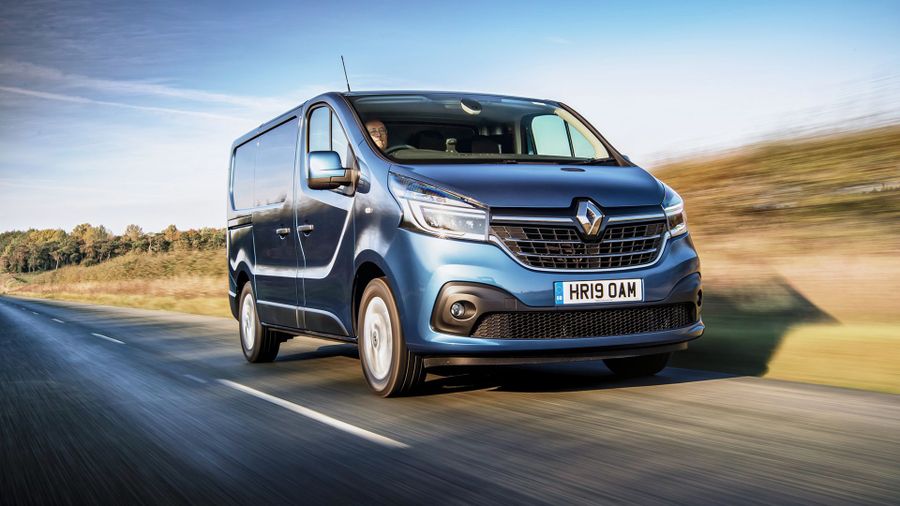 In many ways the Trafic is one of the best vans in its class – it is great to drive and it has a strong set of engines with a well-equipped selection of trims on offer. It falls short in a couple of areas though as it doesn’t have the best payload in its class and there are a couple of disappointing omissions on the safety kit list.

However, despite these quibbles it is an excellent all rounder. 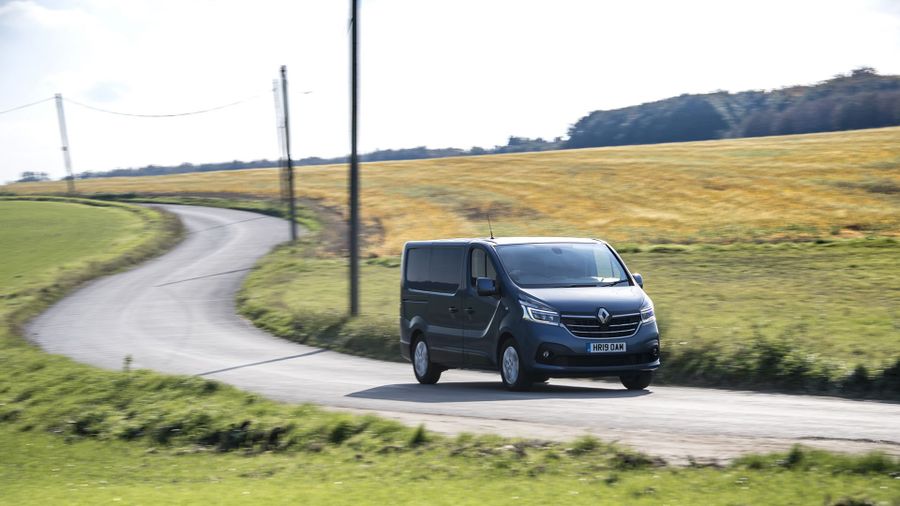