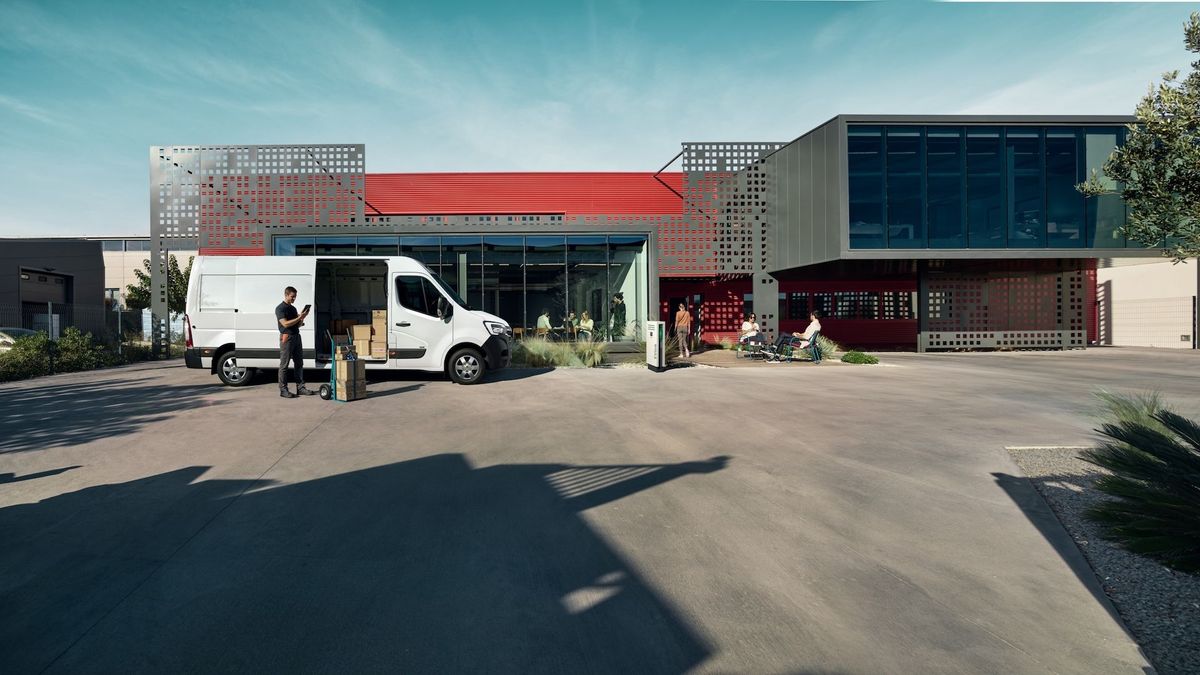 View gallery
5. Renault Master
Larger than the smaller alternative the Renault Traffic, this van has garnered a reputation as being amongst the most popular commercial vans in recent times, and it has become a serious rival to the likes of the Mercedes Sprinter and Ford Transit.

A practical and versatile choice, the Renault Traffic comes with a choice of body lengths in four different sizes, as well as three different roof heights. At its maximum size, it has a carry space of 17 cubic metres.

Front wheel drive is typically the standard drivetrain, but there are 4x4 and rear-wheel drive options, and the power is supplied by a 2.3 litre engine that us Euro 6d emission standards compliant and offers as much as 180bhp into the bargain.

Find a Renault Master here.
4. Peugeot Boxer
Despite being fairly lightweight for a van in the large van category, this is a big van that is versatile and capable of carrying large loads. Dating back to 2006, the Boxer has only had two minor upgrades since then; the first in 2014 when Peugeot gave it a bit of a modern facelift, and then again in 2016 when the company fitted Euro-6d compliant engines to the model.

Just as with its French cousin, the Renault Master, the Peugeot Boxer comes with three height and four length body options, and there are options for double-cab, low-floor Luton, curtain-sided, drop side and standard Luton van. The best performing 3.5-tonne van can easily carry up to 1,575 kilogrammes, and anything from 8 cubic metres to 17 cubic metres. 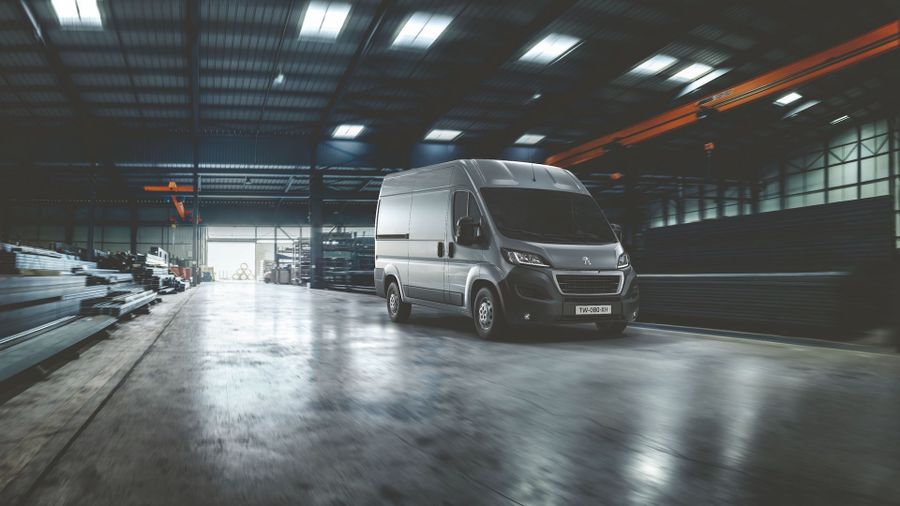 View gallery
3. Ford Transit
The grandfather of all vans, the Ford Transit has become synonymous with the van market since its launch as far back as 1965 and is continually the best-selling van of its type in the UK.

As well as fitting new Euro-6d compliant engines to the model in 2019, Ford decided that it was the right time to give the van a much more detailed update. So, now there is a brand-new front grille, and some new crease lines on the bonnet to smarten up the appearance of the front end.

Power is typically supplied by the standard 2.0-litre diesel, which offers outputs of between 103bhp and 183bhp, and there is the option to have either front or rear-wheel drive, with some of the more powerful models also coming with 4-wheel drive.

The standard gearbox is as always a 6-speed manual, but the rear-wheel-drive versions now come with the option of having a 10-speed automatic transmission instead. 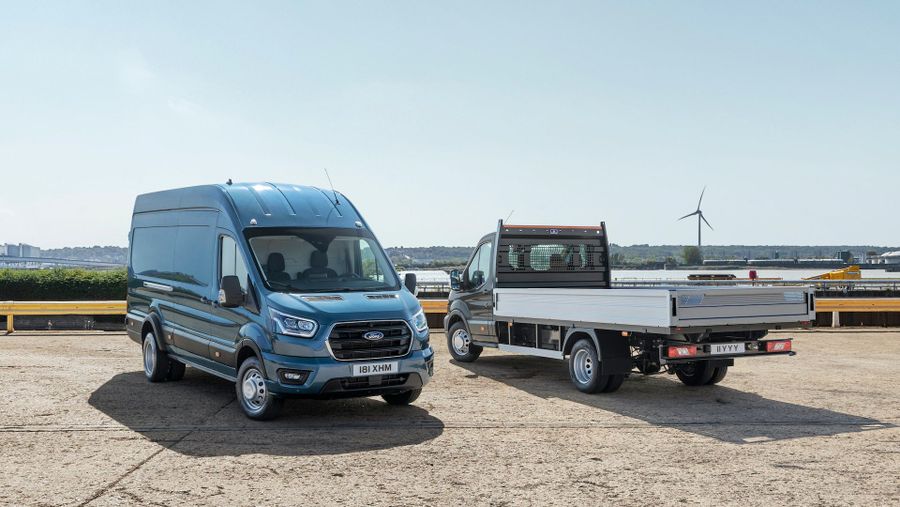 View gallery
2. Volkswagen Crafter
Volkswagen spent a staggering £1.5 billion on the research and development of their new Crafter van, and that was money well spent with the van instantly being crowned the 2017 International Van of the Year.

Available in either front-wheel drive or 4x4, it has been designed with both space and comfort in mind for both the driver and their passengers, with plenty of storage space in the cab for all those essentials. 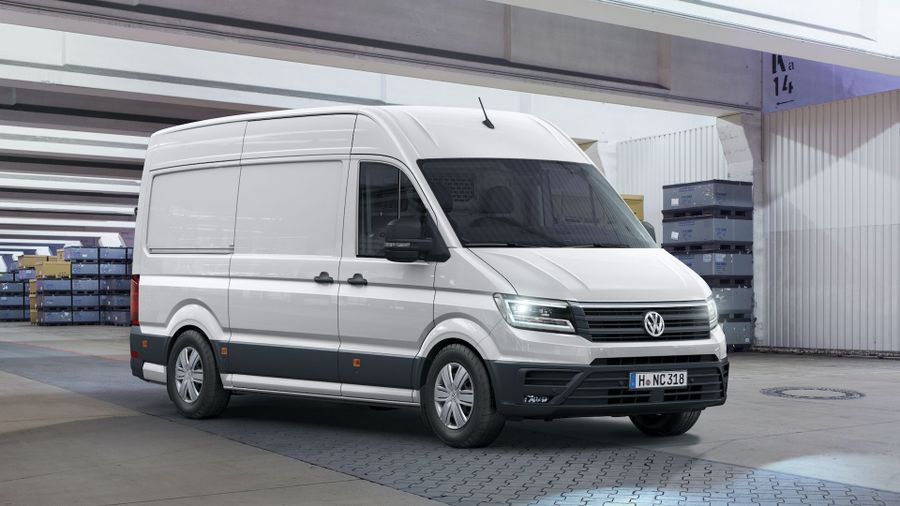 View gallery
1. Mercedes-Benz Sprinter
Usually found at the top of many van buyers' most sought-after van list, the Mercedes Sprinter is a model that is fantastic to drive, comes with a nice interior and has a build quality that can’t be beaten. There are so many different engine sizes that you won’t have any problem finding a model to suit your particular needs, and it also boasts more power than its nearest rivals the Volkswagen Crafter and the Ford Transit.

The Sprinter is another van known for its safety features, with such things as adaptive cruise control, lane-keeping assistance and crosswind assist.

Although you can expect to pay a bit more for this van, it is well worth it for its sleek looks, excellent cab interior, power and range of engine sizes. 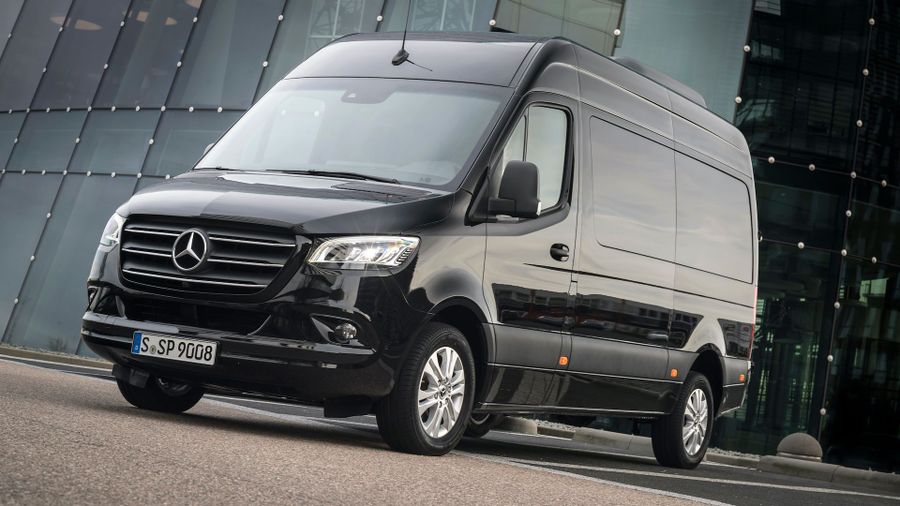 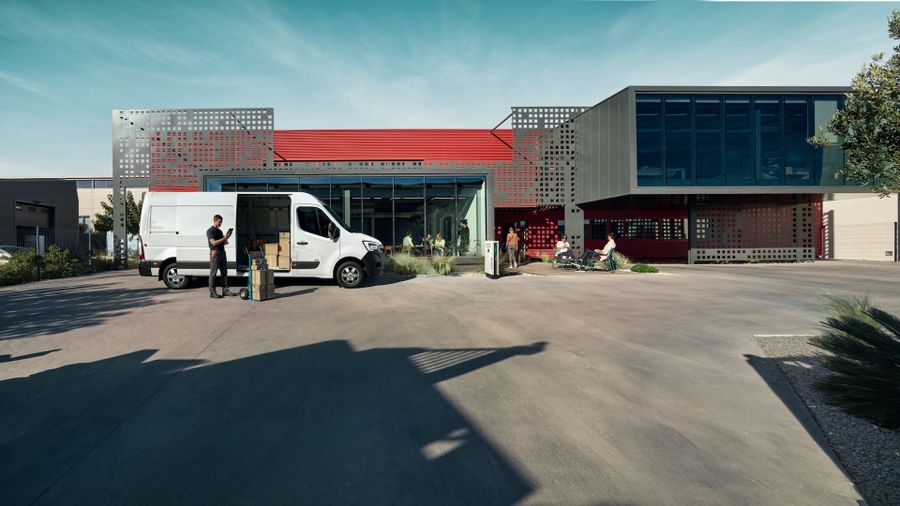