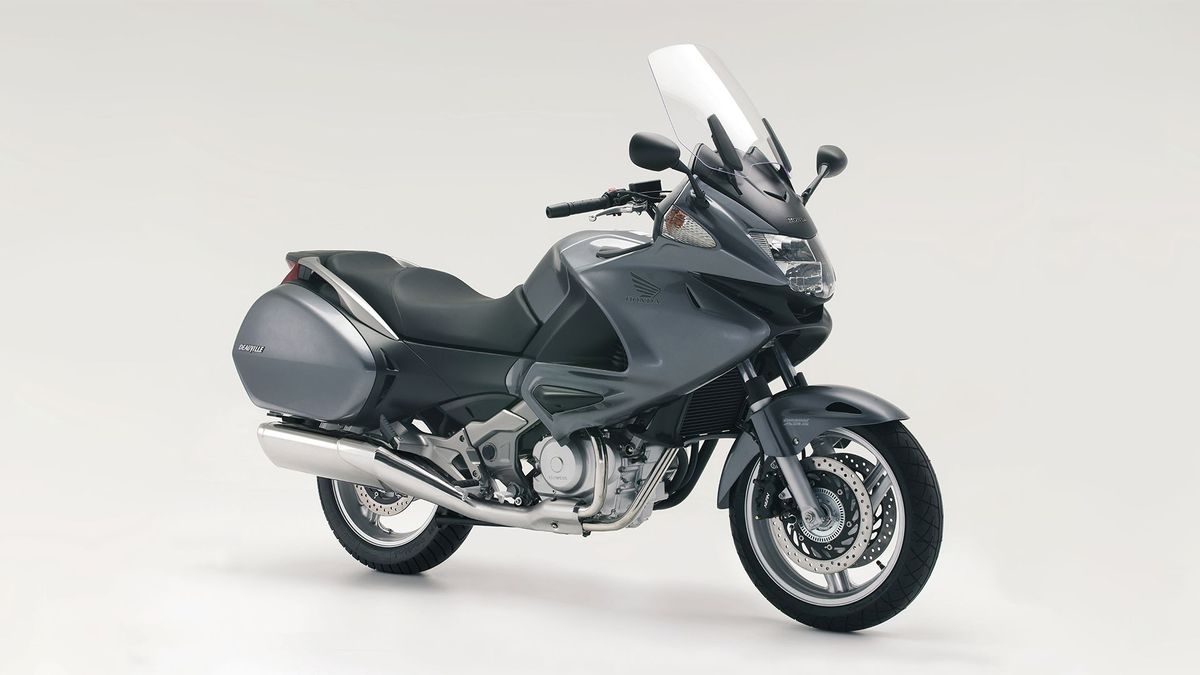 View gallery
What do we mean by ‘winter bike’? Simply this: the trick is to use a bike in winter that’s neither too valuable or immaculate to be affected much by winter grime; an upright riding position and fairing is preferable to maximize your vision through the murk and keep off the worst wind and rain. A flexible, grunty power delivery helps on slippery surfaces; shaft or belt drive is a plus as chains are vulnerable to road salt while weatherproof luggage, such as a top box, helps with winter errands, too.

If you can get all that in a reliable, proven package at a cheap enough price of, say, under £2000, you’re onto a winter winner. Meantimes, your summer bike can stay all tucked up and protected until spring.

But which bikes qualify for all or most of the above? What are they like and how much do they cost?
1. Honda NT650/700V Deauville – the ‘winterproof’ tourer
Honda’s middleweight, shaft-drive, V-twin tourer may not have the most exciting image (it’s perennially parodied as the ‘Dullsville’) but it’s strengths make it the near-perfect winter commuter and, with the later 700 examples (from 2006, it was first launched as a 650 in 1998) now also starting to be available for within our £2K budget, it’s now something of a steal, too. The 64bhp V-twin is flexible and bulletproof; there’s a big fairing and built-in panniers; build quality and durability is among the best you’ll find and you should have no qualms about bikes showing over 50,000 miles – it’s exactly what it was built for. Not sexy, admittedly, but brilliant winter transport. We found a 2010 700 with top box and 70k miles for just over £2K.
2. Kawasaki ER6-F – the lightweight, fun all-rounder
This affordable, fun, middleweight parallel twin was Kawasaki’s response to Suzuki’s hugely popular SV650 V-twin when first launched in 2005 and, like that bike, comes in naked and faired forms – hence the ‘N’ and ‘F’ designations. Unlike the Suzuki, however, it’s been repeatedly updated and improved over the years – first in 2009, then 2012 and finally 2017 when it was renamed as the Ninja 650 – and Kawasaki’s finishes and winter durability are generally better, too. Two grand will get you a decent, second generation example showing around 15K miles and you’ll be buying a neat, easy-to-ride lightweight with 70bhp that’s perfectly at home on both motorways and around town, is flexible enough and has a good reliability record as well. In fact, the only real blot on its winter copybook is its chain drive, which will require regular lubing and cleaning over the winter months. 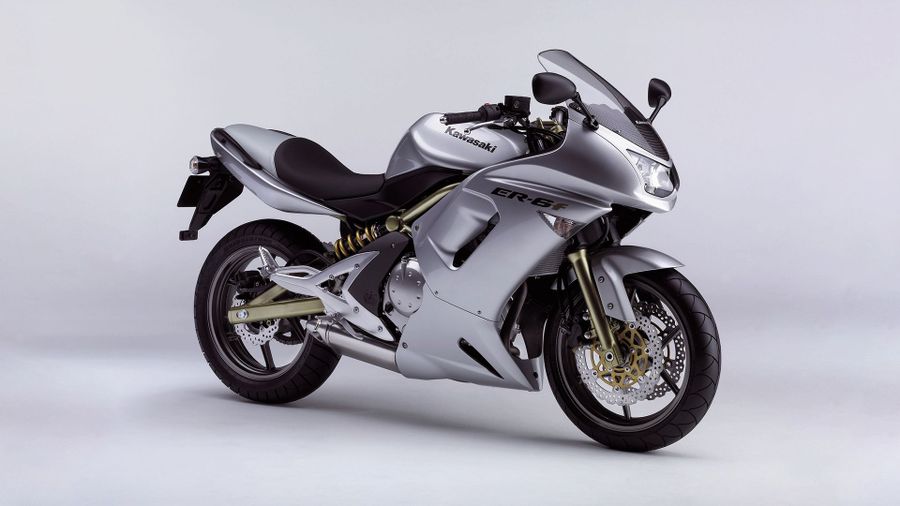 View gallery
3. BMW F800ST – the quality German one
While the German firm is synonymous with its big boxer twins, its middleweight parallel twins, first introduced in 2006, remain less celebrated – and therefore potential bargains. The faired, sports-tourer ST debuted in 2007 and was replaced by the updated F800GT in 2013 but remains a great winter bike thanks to its flexible 88bhp powerplant, useful belt drive, fairing, manageability, quality BMW finish and, if you’re lucky, optional extras such as heated grips and luggage. They tend to be owned by more mature owners so should also have been looked after and maintained correctly, as well while reliability and durability is good. We’ve seen good examples from 2008/9 with around 50K on the clock plus those aforementioned extras available for around £1900 making it another winter bargain. 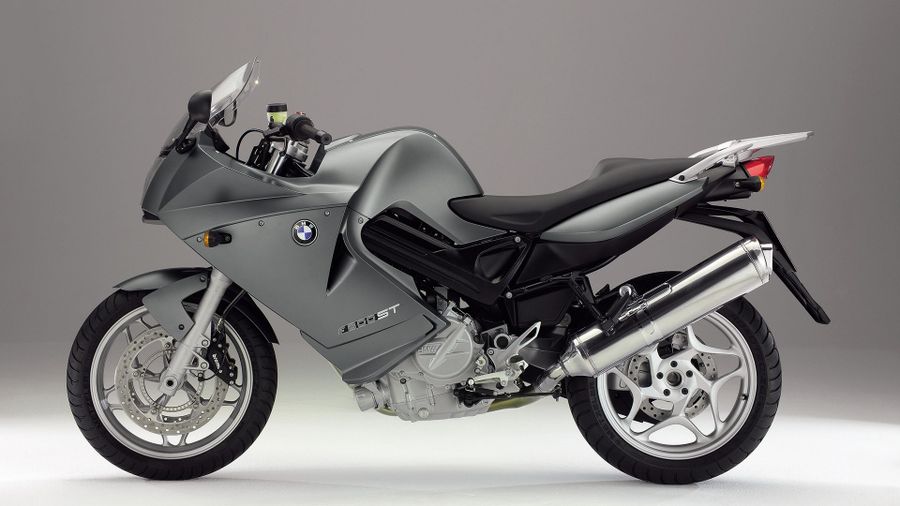 View gallery
4. Suzuki V-Strom 1000 – the adventure workhorse
The huge success of Suzuki’s SV650-derived middleweight adventure bike, the V-Strom 650 was so great it’s shorter-lived, less successful bigger brother, the V-Strom 1000, as launched earlier in 2002 before being deleted in 2008, is often overlooked – but that’s to our advantage when looking for a great winter bike. Overshadowed at the time and undervalued now, a decent example can now be had for as little as £1800 and for that you get a flexible, bulletproof 105bhp, all day comfort with plenty of weather protection, reassuring handling and road manners and decent equipment. Bung a top box and heated grips on and it’s a great winter bike. The only two criticisms are slightly iffy build quality, so watch for corrosion and rot and chain drive, which will require regular maintenance. 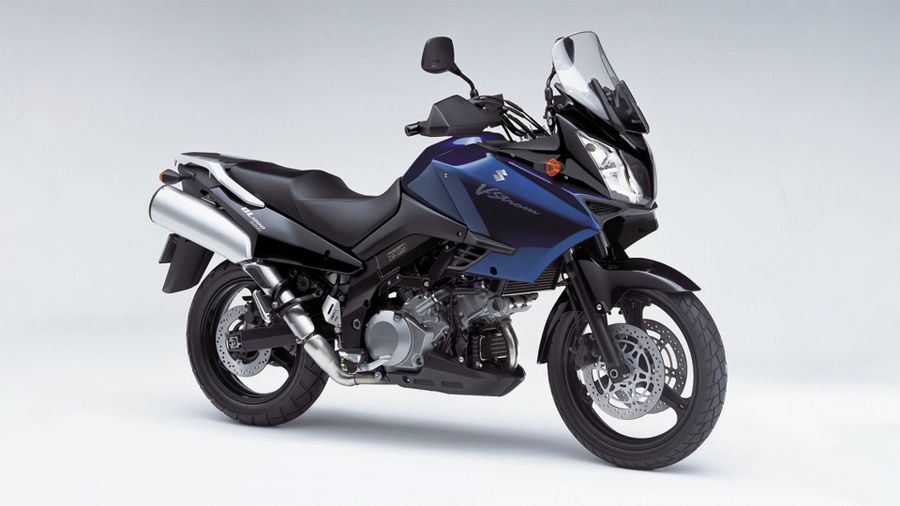 View gallery
5. Yamaha XJ900 Diversion – the undervalued all-rounder
Another bike that was cruelly dismissed in its day for being dull and unexciting yet one which today makes a brilliant value winter workhorse. Launched in 1996, two years after its little brother, the XJ600S Diversion, the bigger bike shares that bikes styling and air-cooled four configuration, so you’ve got the same, faired comfort, easy, neutral handling and pleasingly simple mechanicals, but delivers a healthier 90bhp and winter-busting shaft-drive. It’s also as solid as old boots (as long as you keep on top of the cosmetics), lasts forever, easily takes luggage and a pillion and a decent example can still be had for around two grand – watch out, though, the public have finally got wise to the big Diversion’s appeal and prices re actually on the rise! 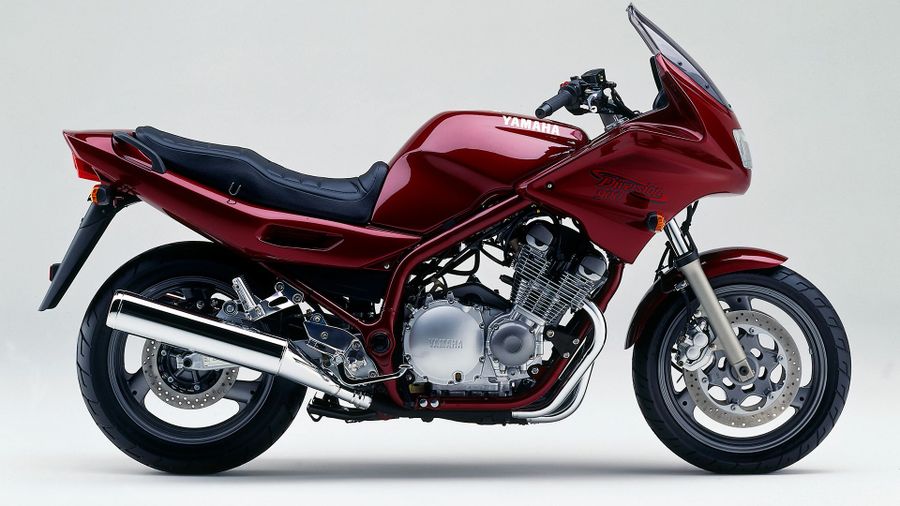 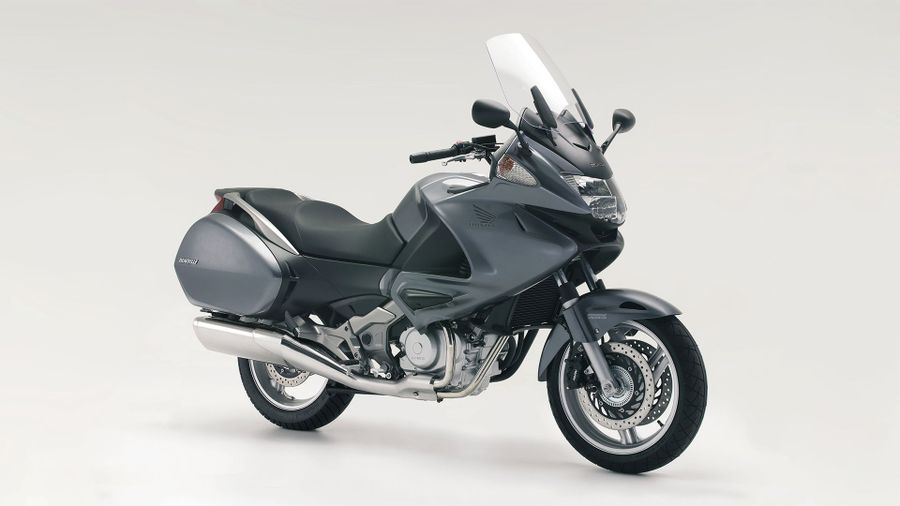