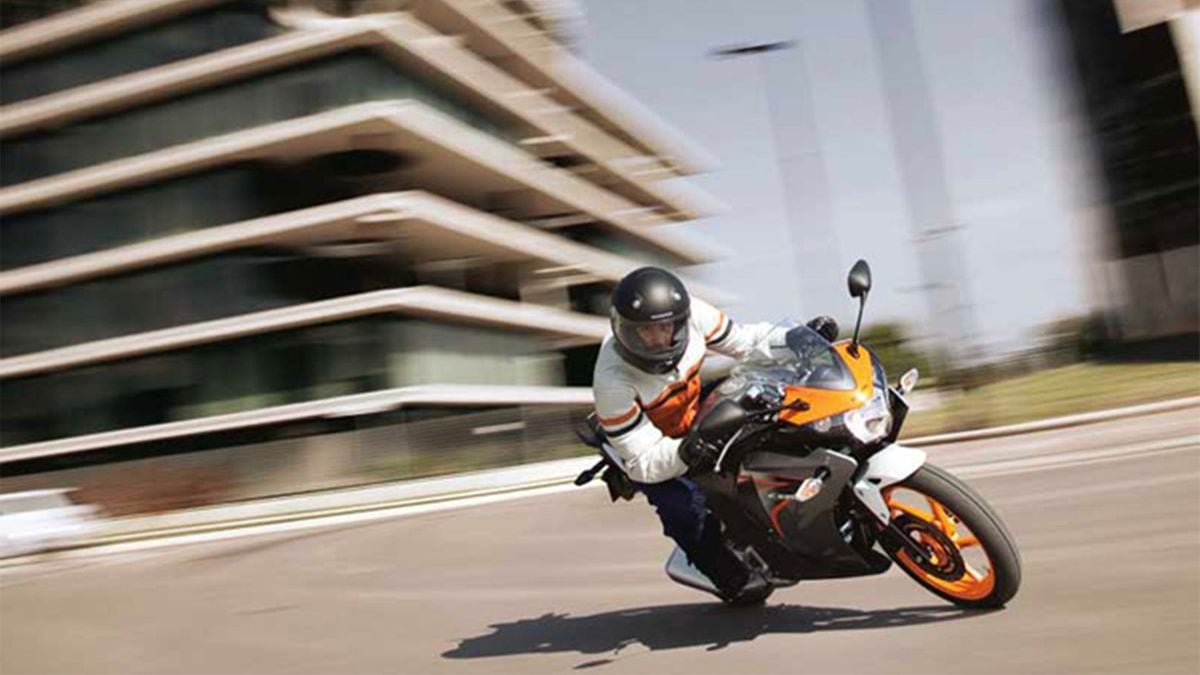 View gallery
Our experts have been taking a close look at what used machines are available for different budgets kicking off with an upper limit of £2500 and, while that might not sound like much, you may be surprised at the variety – and quality – of used machines on offer.

Nor does that financial limit restrict you to particular types of bike. As we’ve tried to show there are more than a few great machines on offer at that price point, whether you’re after a first time, A1 licence-compliant 125, ‘first big bike’ middleweight, adventure-style tourer, litre-class all-rounder or more.

None of the bikes we’ve picked are worryingly old or rare; all have proven mechanicals and a great reputation for reliability and all are well-respected for their abilities throughout the motorcycling media so, as long as young find a typically decent, well maintained and Mot-ed and HPI-clear example you should have nothing to worry about.

Best of all, though, you should also have a great bike that’ll deliver many miles of motorcycling pleasure and all for a bargain price. Here’s our Top 5 £2500 used buys across a variety of categories…
1. Honda CBR125R – the sporty A1 learner one
Although overtaken by Yamaha’s slightly larger, racier YZF-R125 in 2008 and ultimately deleted from its range in 2017 when it failed to meet Euro4, Honda’s sporty learner 125 has had a deserved reputation for being one of the very best of its type, ever since it was first introduced in 2004, became hugely popular as a result, was updated and smartly restyled in 2011 and remains a brilliant used. buy. It’s good-looking, well built, durable and reliable, ridiculously easy to ride, gives good fuel economy and is, well, a Honda, with all the reassurance, quality and decent dealer back up that goes with it. Best of all, that popularity means there are plenty of good, used examples around, many within our £2500 budget, some as recent as 2017 with under 5000 miles on the clocks and a nice, snazzy Repsol MotoGP replica paint job to go with it. At that price you quite literally can’t go wrong.

Find a Honda CBR125R here.
2. KTM Duke 390 – the A2 roadster one
Austrian off-road specialists KTM are equally reknown these days for their punchy, lightweight, fun-packed single-Duke roadsters, starting off at 125cc before going all the way up to the new-for-2020 890 twin. But the classic and arguably best version of all is the 390. First introduced in 2013 and with a punchy, 44bhp 373cc single-cylinder motor, lightweight trellis frame, decent brakes, tyres and suspension and… that’s about it, the Duke 390 is the essence of a fun-packed supermoto for the road. Sure it’s quite dinky for larger riders, pretty basic and not the most practical for anything other than short distances or town tom-foolery and, yes, the original was updated with new styling, TFT clocks, LCD headlight etc in 2017 (which is out of our price range here). But a good original that’s likely to have low mileage can be had for under £2500 and A2-compliant bikes simply don’t get any more fun. 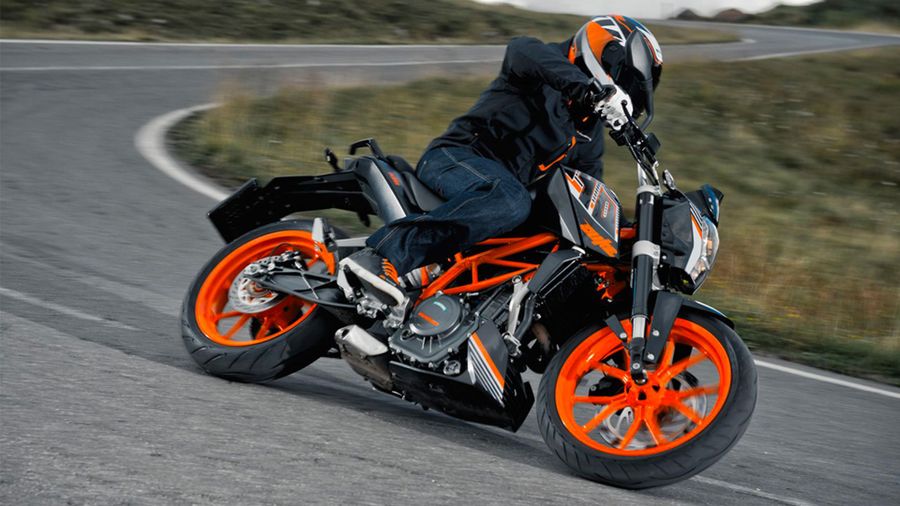 View gallery
3. Suzuki GSX650F – the bargain middleweight all-rounder
When it comes to bargain-priced, middleweight, multi-cylinder machines, none of the Japanese ‘Big Four’ manufacturers does it better than Suzuki. From its GS500E twin in the 1990s, to its hugely successful four-cylinder Bandits and V-twin SVs and V-Stroms in the Noughties, all have combined great value, thrilling performance, surprisingly good handling and day-to-day versatility better than virtually any rival. But one of the most recent, best and often overlooked is the 650 Bandit-based GSX650F sports-tourer produced from 2007 to 2016. The GSX used the Bandit’s proven, smooth, water-cooled, 656cc four (producing 83bhp) with a tweaked Bandit frame but with a full GSX-R-styled sports-tourer fairing, new clocks and useful 19-litre tank. The result is easy to ride, comfortable, practical thanks to a low-ish seat and great ergonomics but also far more fun to ride thanks to well set up suspension and OK brakes than you’d expect. In short it’s a brilliant mix of value, practicality and fun. Yes, finishes, being a typical Suzuki of the era, aren’t the best and it’s a little basic, but find a good one (and it’s popularity means there are plenty about – £2500 will easily get you a good 2010 machine with around 20K on its clocks) and it’s still a brilliant all-rounder at a bargain price. 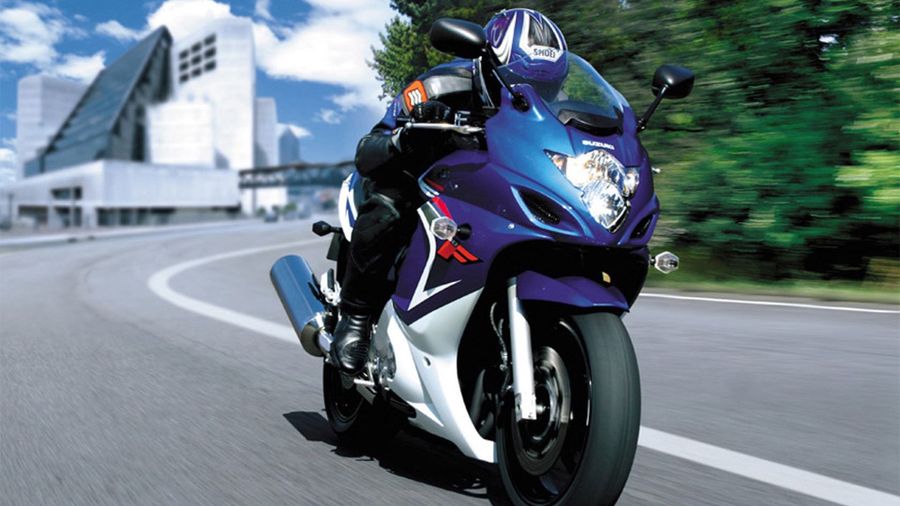 View gallery
4. Honda XL650V Transalp – the adventure-style one
Never the sexiest or most popular of middleweight adventure bikes, Honda’s long-lived Transalp is nevertheless one of the best when it comes to budget used buys thanks to its Honda quality, proven reliability, its genuine V-twin versatility and the fact that its unfashionable image means prices can be low. First launched in 1987 as, arguably, the very first adventure bike in 600 form, it was face-lifted and its soft, durable V-twin grew to 647cc and 52bhp in 2001 then was finally replaced by a 700cc version in 2007, which remained in production until 2012. For this budget it’s the 650 we’re dealing with here and it makes a great all-rounder. Quality and comfort it good, performance adequate and reliability and durability outstanding. £2500 will get you a good 2006 version with, say 25K miles that’s in good nick and more than capable of many more adventure – for two. 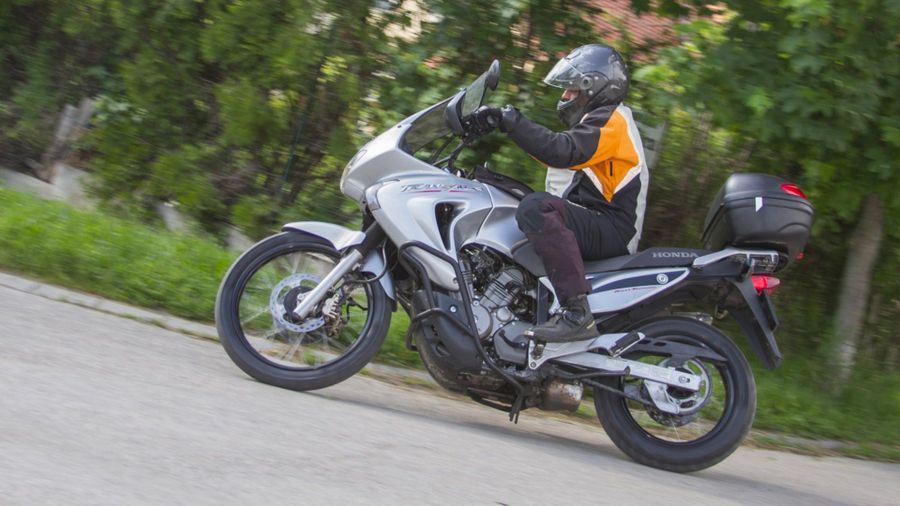 View gallery
5. Honda CBF1000 - the 1000cc sports-tourer
You’d be forgiven for assuming £2500 might not stretch to a full-sized, 150mph Honda sports-tourer – but you’d be wrong. Honda’s budget-orientated CBF family from the mid-Noughties (there were 500, 600 and 1000cc variants) were basically Honda’s take on the Suzuki Bandit and Yamaha Fazer and, despite a fairly dull, worthy image, were actually great bikes. The full 1000cc version is the best and was first introduced in 2006 using a detuned, grunty and smooth Fireblade engine in a more affordable steel chassis with great ergonomics, an effective half-fairing and an even more tempting price. That bike was replaced by an even better, restyled, lighter version in 2010. Mechanicals are bullet-proof, versatility is immense, despite what the image might suggest it’s still a fine-handling, 150mph motorcycle and, with full luggage kit, you’ll be wanting for little. Best of all, good examples now fall within your £2500 and if that doesn’t make it a bargain, big Honda, we don’t know what does! 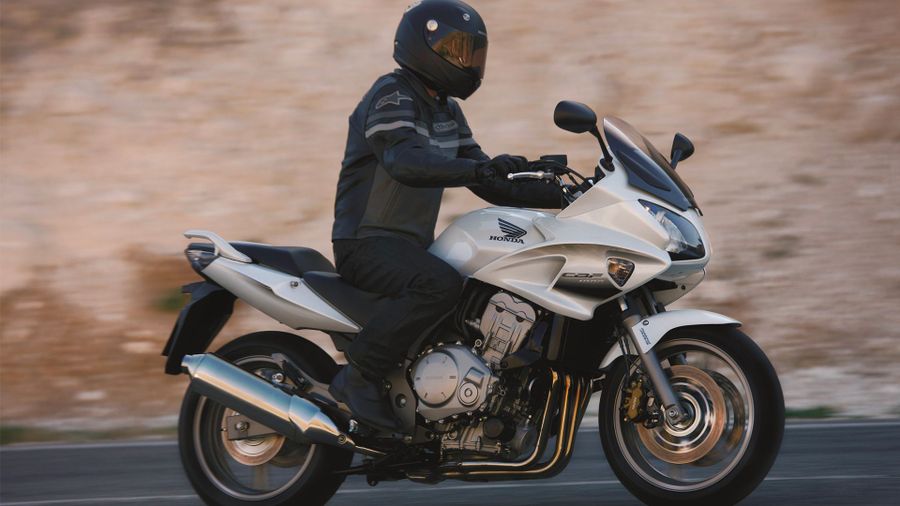 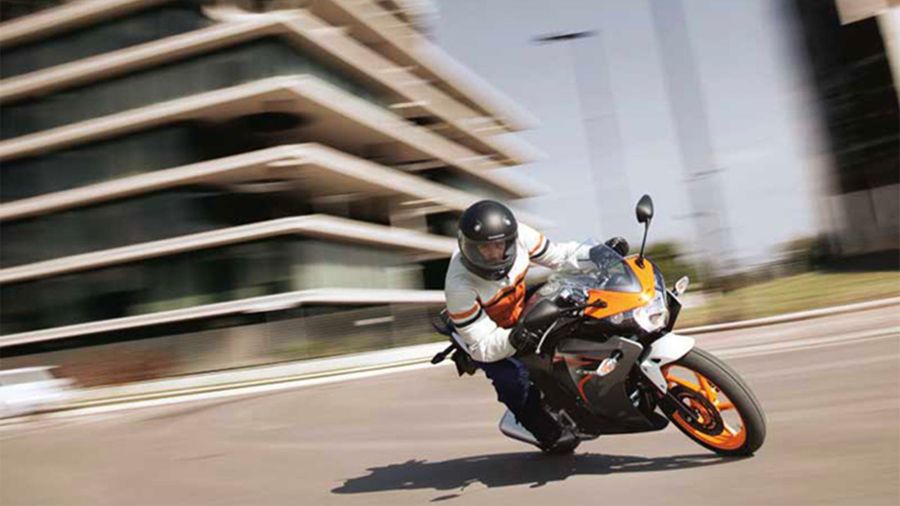