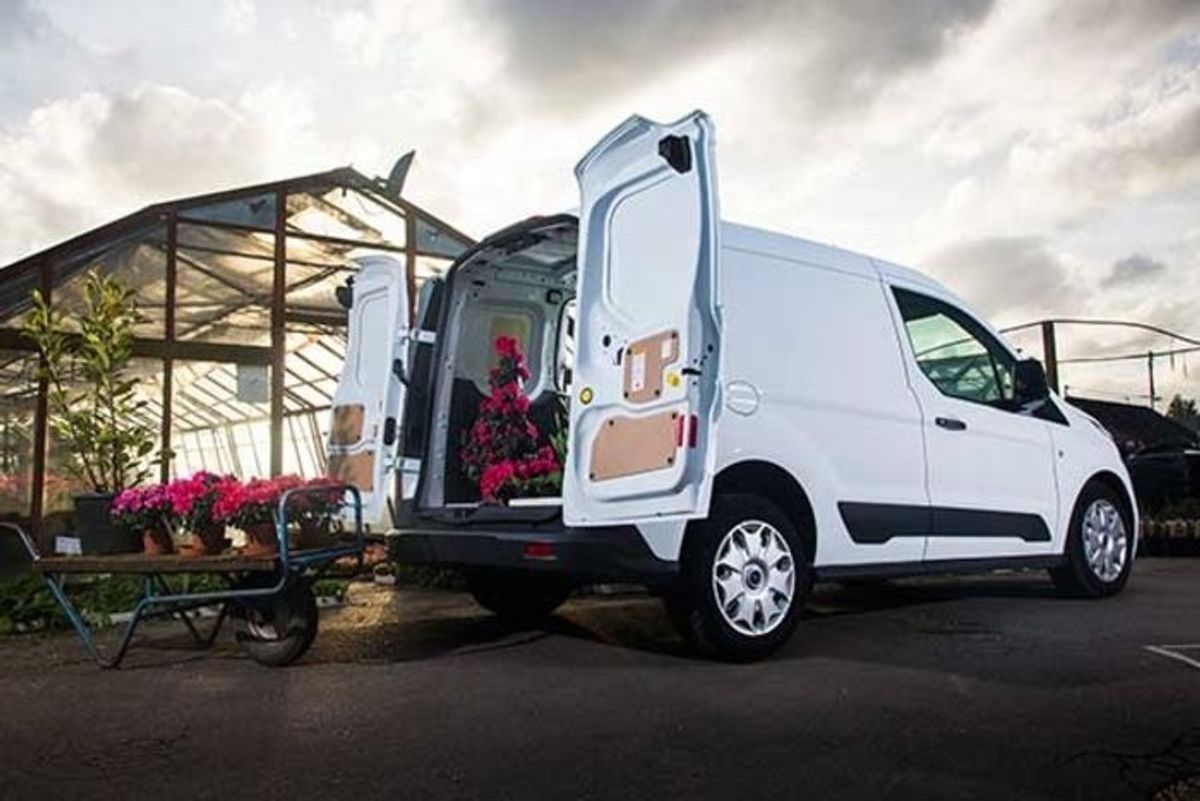 It's hard to make a box on wheels look sexy. All too often, the designers end up with a perfectly practical load carrier, but with all the visual appeal of a brown paper bag. On the other hand, what Ford has done with this Transit Connect is dangerously close to looking sexy. They have taken the 'Aston Martin-ish' front end from the Fiesta and added it to a functional, sculpted box. The end result is one of the most pleasing-looking LCVs on the market.

Pick of the range 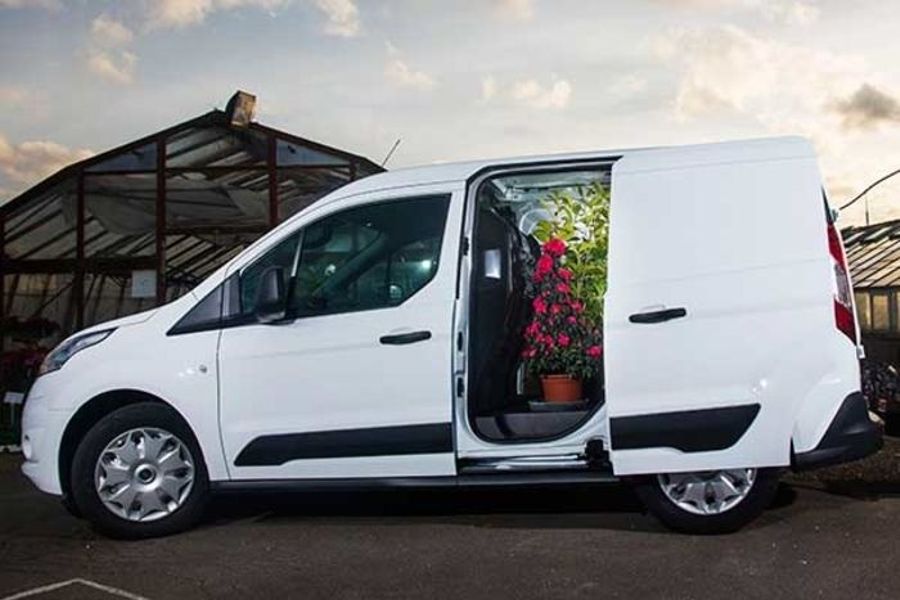 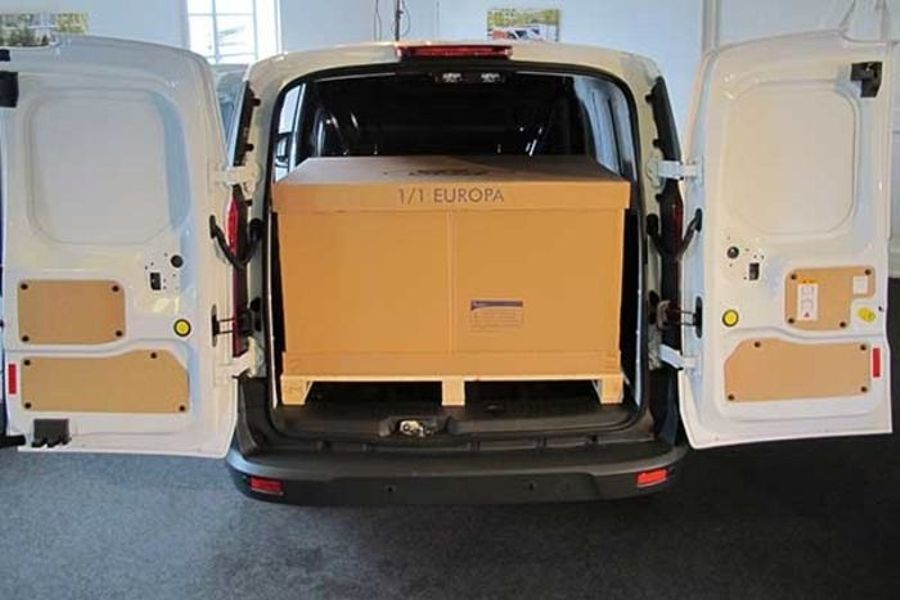 The cargo floor is 1753mm long and 1226mm wide between the wheelarches, so it can just accommodate two standard Euro pallets; and, there are six, larger than average, D-Ring lashing eyes on the floor for tying down loads. The roof height is 1269mm from the floor, and there are two full-height rear barn doors. Inside one rear door, there is a 12v socket with a lidded compartment underneath for storing small tools or components; and, on the other side, a similar lidded compartment houses the First Aid kit and scissor jack. Payload capacity for the short-wheelbase 2.6 cubic metre version is 626kg, but buyers can specify an uprated 831kg model. The LED loadspace lamp is an optional extra, but it is so much better than the standard bulb that it's worth paying for.

Because it’s a small van, the sliding side door is small, too, but access to the rear through this door is hampered by the steel bulkhead behind the cabin that protrudes into the upper space. Pushing tools and boxes in at floor height is easy, but trying to squeeze shoulders through the aperture to reach something on the other side necessitates a bit of twisting. As our test vehicle was in 'Trend’ trim, it had the fold-flat passenger seat and a hatch in the bulkhead through which longer items could be poked. However, it couldn't take my folding ladders ,which were too wide for the aperture. 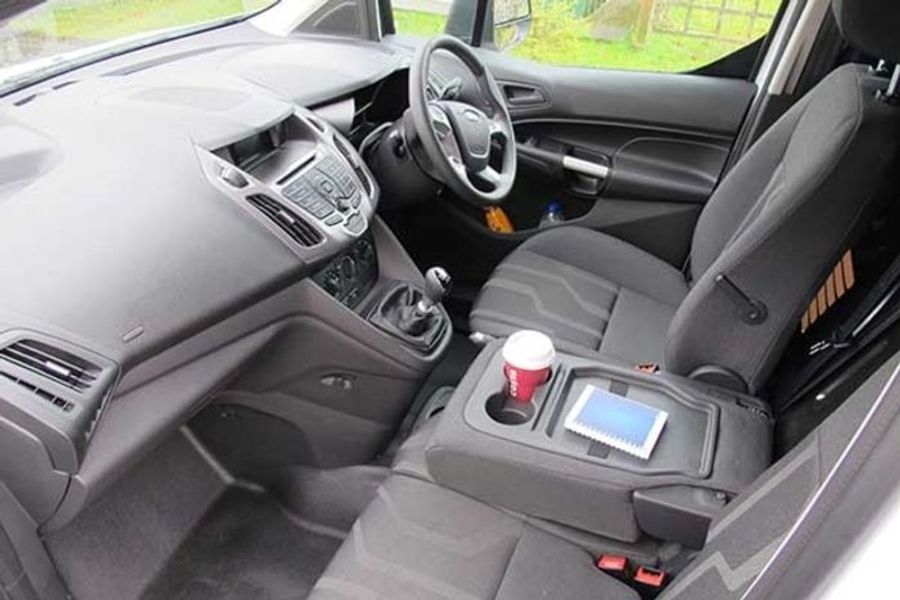 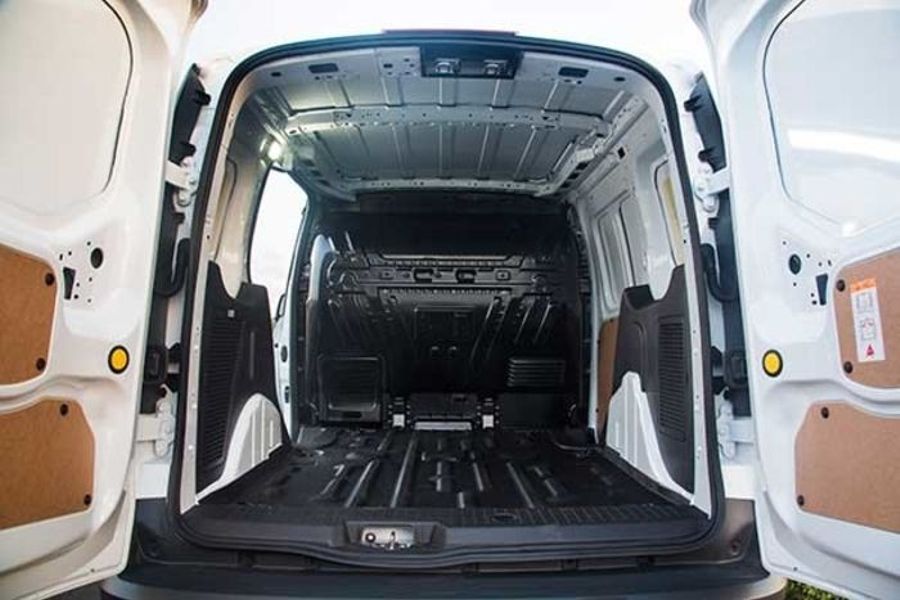 There is a choice of two or three seats for the cab, although the three-seater version would require two wrestlers to leave their manager behind, even if they were thinner than average. In fact, two burly blokes will find the cab just a little short of shoulder- and hip room. The seats are well shaped and will suit the average driver, but anyone bigger than that might not find the interior so appealing. On the other hand, the three-seater does have the advantage of the central seat back folding down to reveal a desktop. In the two-seater, there are two cupholders between the seats, but in the three-seater there is only one beside the driver's seat, along with another two in the fold-down desktop. Cab storage is pretty good, with a full-width over-windscreen shelf, one open tray and a lidded tray (with 12v socket) on top of the dashboard, as well as a glovebox, door pockets and even a 'curry hook' in the passenger footwell. The dashboard itself is well finished and well equipped, betraying the fact that Ford hopes to sell seven-seat 'Tourneo' versions to car drivers who want a bit more room for family and baggage.

Official figures for this 1.6-litre Connect put the combined fuel consumption at 58.9mpg, but in the real world, our test vehicle was returning a steady 48.7mpg over a mixture of town-centre running and cross-country cruising. Service intervals are 20,000 miles apart, the van comes with a three-year/100,000 mile warranty, and the Insurance group rating is also pretty low at 4E.

General good reliability as with all Ford vans.

With 113bhp, the 1.6-litre, four-cylinder Euro 5 TDCi turbodiesel is the most powerful of the three diesel units on offer, but there are also two EcoBoost petrol units, a 1.0-litre version and a 1.6-litre unit. The top diesel generates an impressive 199lb/ft of torque, which provides the van with a decent turn of speed, and the six-speed gearbox (rather than the five-speed 'box that's standard on lower-powered versions) makes the best use of it on urban runabout duty and on long motorway cruises.

It's hard to fault the ride quality and handling of the Connect. The independent MacPherson strut front suspension is well matched to the torsion-beam rear end, and even when running empty, it soaks up the worst of British roads. The electrically powered steering is a treat and the six-speed gearbox a tactile toy. If there is a 'but', then it has to do with the seats. They have firm bolsters and cushions, but are narrower than those in the bigger Transit, so they're more suited to shorter journeys than long treks. The van also runs on 16-inch wheels and tyres, which is slightly better for ride quality than the previous 15-inch rims.

The all-round disc brake set-up has ABS, EBA, EBD and ESC as standard, but the City Safety Pack adds 'Active City Stop' and automatic headlamps. A driver's airbag is standard, with passenger, side and curtain airbags all optional. Interestingly enough, the single passenger seat has ISOFIX child seat attachments, no doubt courtesy of the same seats being fitted in Ford's small MPV, the B-Max. The Connect may be a small van, but Ford has fitted the door mirrors with two separate lenses to improve all-round visibility and help reduce the blind spots created by solid flanks and unglazed rear doors.

There are three trim levels, with 'Limited' being top of the range above 'Trend' and 'Base', but there is a huge options list to allow further personalisation. Hill Start Assist is a standard and welcome fitment, as are the electric power-assisted steering and DAB/USB radio with Bluetooth and Trip Computer. Of particular interest to van-users are the standard remote central/double locking system with Ford's anti-tamper door locks, and the Easy-fuel capless refuelling system, which means no more wrong fuel selection and no more lost filler caps. Trend trim adds heated windscreen and door mirrors, fog lamps and a 12v socket in the loadbox. Alloy wheels, air-conditioning and a heated driver's seat are standard with Limited trim, along with a perimeter alarm, second remote key and a leather-rimmed steering wheel. These higher trim levels also add various items of additional brightwork, like wheeltrims, chrome highlights and coloured bumpers, so check the specification sheet before you buy.

This Ford Transit Connect is one of the smartest-looking compact vans on the road, and also one of the most comfortable to drive. It's frugal, reasonably well-appointed and, if things go wrong, there are 222 Ford dealers around the UK. What's not to like? 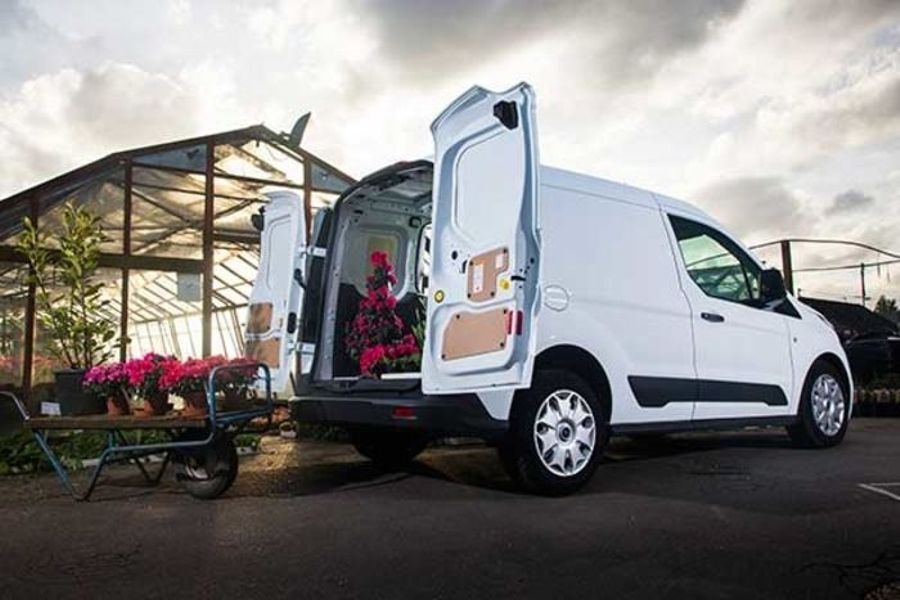