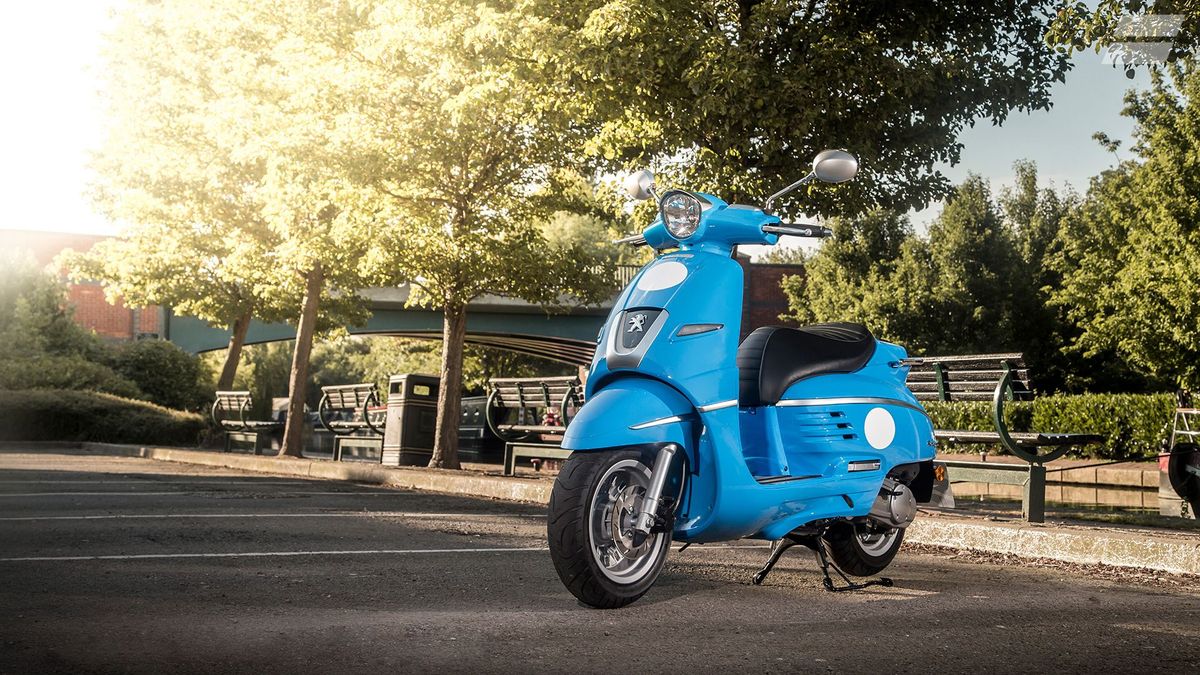 The Peugeot Django may not be the most popular 50cc scooter on sale, but that’s more a factor of its limited availability rather than any lack of talent. Track one down and you’ll discover a genuinely credible rival to the likes of Vespa and Aprilia that is high quality, practical, gracefully styled and fun to ride.

Peugeot may be better known as a car-maker, but it’s also well versed in two wheels, manufacturing bicycles as early as 1882 and building its first ever scooter in 1953. The Django is a retro-styled scooter that, Peugeot says, has been inspired by its S57C scooter from the late 1950s, and by Django Reinhardt, a legendary jazz guitarist from the same era. Depending on your preferences, there are four different styles to choose from: entry-level Heritage, Evasion (two-tone paint, whitewall tyres), Sport as featured in our video (French blue paint, racing decals, solo seat) and Allure (two-tone metallic, chrome luggage rack and top box). All versions are well resolved and expertly finished, providing a very French retro alternative to the Italian Vespa brand.

The seat is plush and at 770mm, set low enough for most adults to get both feet flat on the floor to aid maneuverability. There are little recesses in the leg shield to make it easier for taller riders to get comfy, plus even the Django Sport version receives a detachable pillion seat and retractable footpegs. That said, the pillion perch is a little on the short side which makes it acceptable for short distances only.

The Django features underseat storage for one open face helmet and two lockable cubby holes in the leg shield that are big enough to carry gloves, wallet and phone. Thanks to a 12-volt connector, you can even charge your phone on the move. The circular dash is a finely judged mix of retro and modern, with an analogue speedo supporting digital readouts for your trip, temperature, hazard lights, clock and fuel gauge - a super-practical consideration that isn’t always a given for scooters at this level.

Thanks to its AM category classification, anyone who passed their car test before 1st February 2001 is also eligible to ride the Django 50cc without the need to take a motorcycle test.

Unfortunately, the air-cooled, two-stroke engine feels a little beyond retro. It benefits from electric start and has a kickstart for back-up, but even by 50cc standards, it feels lethargic off the line and is noisy. Although it may not be as eager or responsive as an Aprilia SR50 engine, it is smooth and thanks to a combined fuel consumption figure of 95mpg, supremely economical. Top speed should be restricted to 28mph on AM category motorcycles, but our test ride proves the Django can comfortably reach 40mph. You’ll really appreciate that extra flexibility when you find yourself on quicker A-roads, being hustled by drivers in articulated lorries.

There’s no ABS or linked braking system that features on higher capacity versions of the Django, but the drum brakes do a competent job.

The excellent turning circle, low saddle height and lightweight all help make the Django a supremely easy bike to ride in town and filter through traffic. The front suspension isn’t quite as composed as the more sophisticated set-up of the (pricier) Vespa Primavera 50cc, but it’s comfy and assured enough at all speeds.

Thanks to a fuel tank capacity of 8.2-litres and a fuel consumption figure of 95mpg, you’re only be visiting the filing station every 169 miles. However, keep in mind that being a two-stroke engine also means a greater thirst for oil, so you’ll have to factor this into your running costs. A four-stroke engine would likely be more fuel efficient, but it would also be more expensive to buy.

Mechanically speaking, the two-stroke engine is much simpler than a four-stroke counterpart, so should prove more reliable and much cheaper to repair. Auto Trader has received no negative owner feedback about the reliability of the Django, which bodes well.

Given the entry-level nature of this scooter, the level of standard equipment on the Django is limited to the 12-volt connector within the front glovebox. A chrome luggage rack is fitted to the Evasion trim level versions, but you’ll have to look elsewhere for luggage.

If you’re a style-conscious 16-year old or simply need a smart looking commuter for town, the Peugeot Django 50cc is a fine and exclusive offering that’s infinitely better than a bus pass. 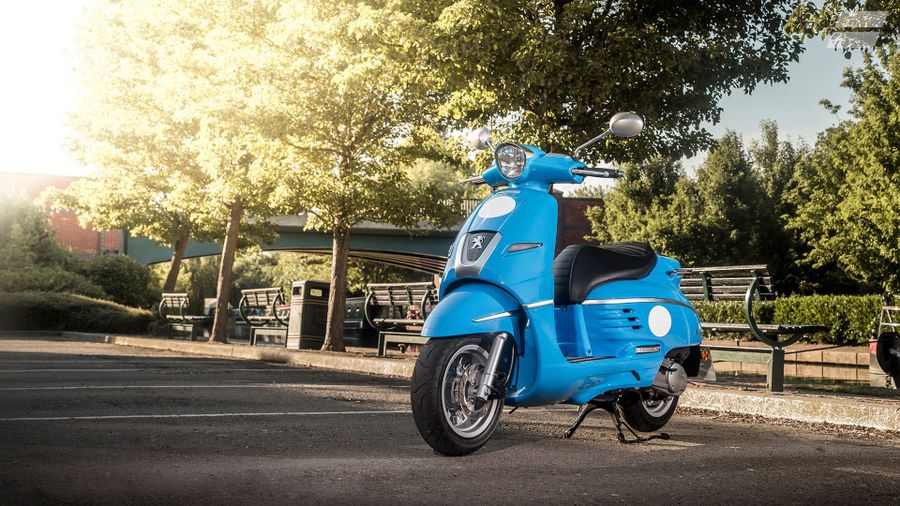