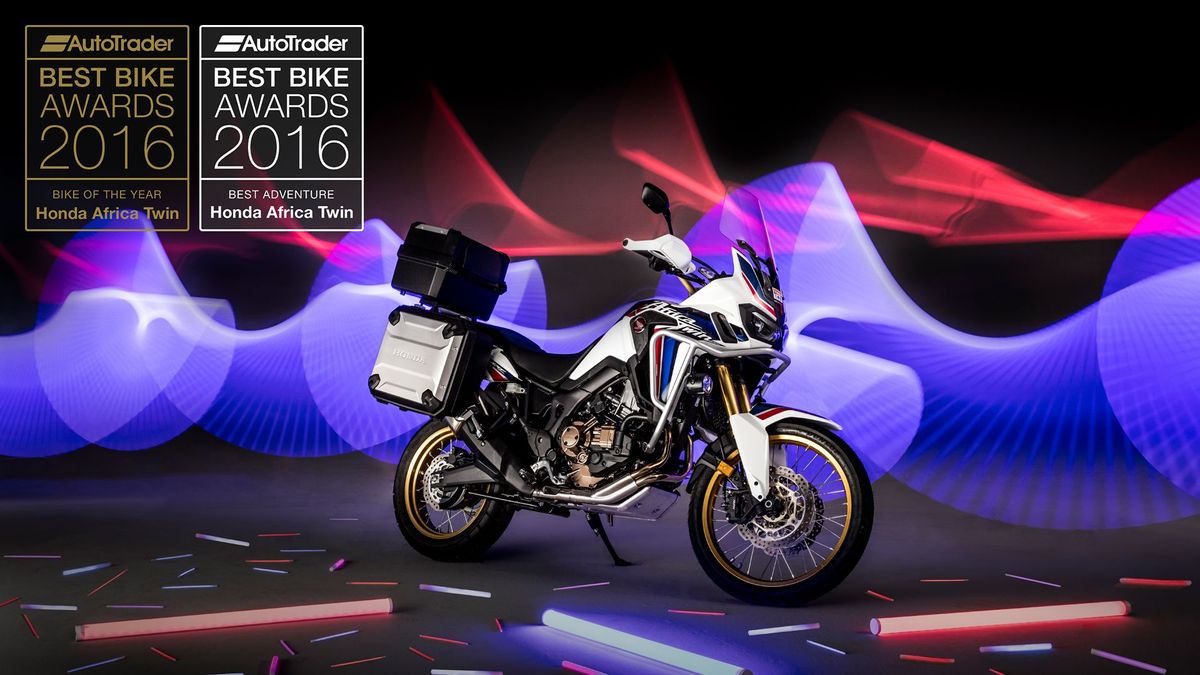 The Africa Twin is a genuine dual-purpose adventure bike that puts Honda back at the very top of its game. In a market brimming with credible competitors, the Honda stands out with its clever combination of slim shape, superb engine and gearbox, excellent ergonomics and brilliant body control. It is a phenomenal all-rounder, regardless of whether you’re planning a trip to the Andes or to the local shops. If you want a reason not to buy the ubiquitous BMW R 1200 GS, then this is it.

Inspired by the Dakar-winning NXR750, the first XRV 650 Africa Twin arrived in 1988, followed by the XRV 750 in 1990. It’s been a fitful hibernation, but the new-for-2016 Africa Twin maintains the styling, graphics and tricolore scheme of red, white and blue with gold wheels to evoke that rich seam of heritage. Although you can specify red and black or an all-black paint scheme, that would be like buying a Ferrari in green.

At 870mm, the Africa Twin is a tall perch and although it’s possible to lower or raise the seat height by 30mm each way, climbing on board will always be tricky for those short in leg. However, when you’re on the bike, the narrow seat combined with low-set engine and slim tank help make the 232kg kerbweight (wet) feel manageable, and the wide bars and upright stance give you a very commanding view of the road ahead. Pillion space is great too, although if you’ve fitted the optional panniers, getting on or off for your partner in crime will be less than graceful.

The digital dashboard is easy to read and clearly split into two sections: the top display presenting speed, revs and fuel gauge; the bottom screen revealing your selected gear, time, ambient temperature and multiple trips. Standard equipment is fairly limited but you can specify heated grips, centre stand, a taller screen and a 12-volt connector as optional extras. Only the omission of cruise control looks to be an oversight for a bike with such long distance potential.

Unlike its predecessors, the Africa Twin swaps the traditional V-twin engine configuration in favour of a 998cc parallel twin that develops 94bhp at 7500rpm and 72 lb ft of torque at 6000rpm. Admittedly, 94bhp doesn’t sound very potent against rivals such as the ludicrously powerful KTM 1290 Super Adventure, but the delivery is so grunty, any additional power output would be surplus to requirements. The pair of 310mm discs up front and single 256mm disc at the rear have great feel and modulation, too.

The gearing is well spaced to cater to both on-road and off-road riding and, uniquely for the adventure class, the Africa Twin can be specified with either a six-speed manual or six-speed Dual Clutch Transmission (DCT). The DCT is visually differentiated from its manual sibling by slightly larger engine casing, plus lack of a clutch lever and gear selector, and it allows you to ride in a pure ‘twist-and-go’ automatic mode or shift gears manually via two buttons mounted on the left handlebar.

The remit of the Africa Twin is to be as competent taking on the Sahara as it is Southport promenade, so when considered across such a broad remit, the Africa Twin’s ability is nothing short of sensational. Off-road, the bike feels light and agile compared to rivals such as the BMW R 1200 GS, with great low-speed balance. On road and in the standard set-up, there is a hint of front fork dive under heavy braking, but it can be dialed out thanks to fully adjustable Showa 43mm upside down front forks and a preload adjuster on the Showa rear shock. There may not be the option of semi-active suspension but it isn’t missed. The slender profile also makes it very easy to filter through traffic. At motorway speeds, however, the 21-inch front wheel can feel a bit vague and the engine loses a bit of potency.

The lower capacity of the Honda Africa Twin means this bike can dramatically undercut rivals such as the BMW R 1200 GS and KTM Super Adventure on list price. Having an 18.8-litre fuel tank and strong economy from either the six-speed manual (61.6mpg) or six-speed DCT (61.3mpg) means you’ll be in the sadlle more than you’ll be at the filling station.

The Africa Twin is too new to pass comment on reliability, but Honda’s past record should serve this bike well. Using chain drive as opposed to the maintenance free shaft drive adopted by rivals such as the BMW R 1200 GS will require monitoring, but it should prove trouble free.

A two-year unlimited mileage warranty is standard issue on the Honda Africa Twin. The first service, including an oil change, takes place at 600-miles, after which there is a minor service every year or 8,000 miles. Major services are scheduled every 16,000 miles.

The optional luggage system fitted to our test bike works on the same key as the ignition and includes a 40-litre left pannier, 30-litre right pannier (due to the high-mounted exhaust) and a 35-litre top box. You can also specify front fog lights and crash bar, heated grips, centre stand and a taller, tinted touring screen. Honda’s merchandise department has also been busy, producing branded versions of the Arai Tour X-4 helmet, Spidi carbon gloves and Spidi textile clothing.

The Africa Twin is an icon in the adventure class and this much anticipated reunion has been worth the wait, delivering performance, comfort and versatility. 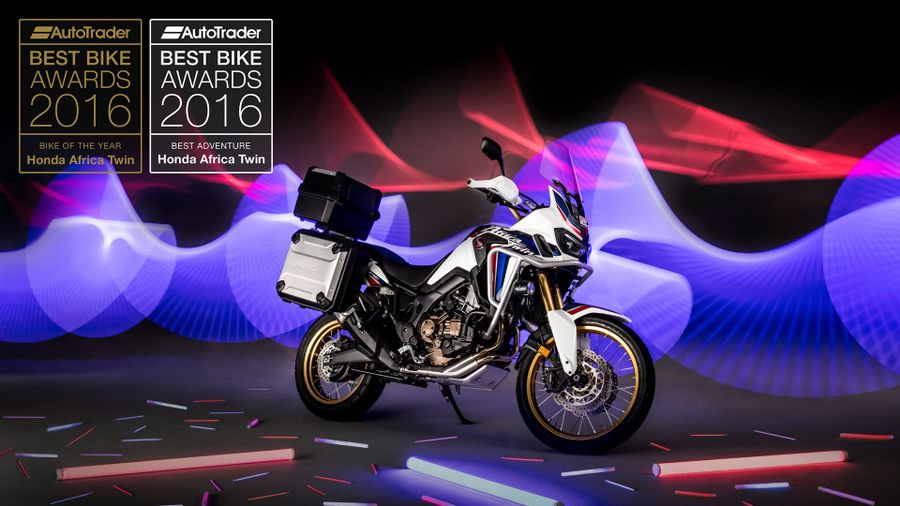