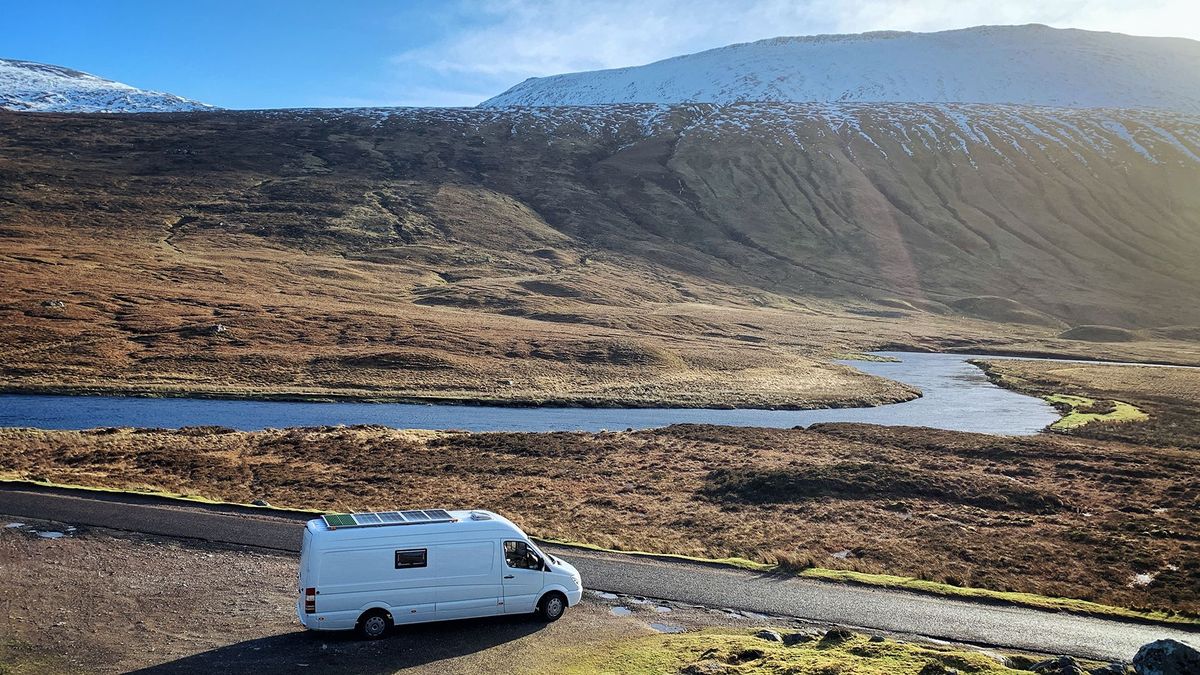 View gallery
What led you to this point in your lives?
We had both wanted to travel more but finances were always holding us back. One evening cuddled up on the sofa skimming through YouTube we stumbled upon a Ted Talk about a chap called Tomislav Perko, in which he spoke about travelling around the world for free. We were really inspired by Tomislav’s talk but Emily had made it clear that although she would love the idea of low cost and simple travel, she was worried about missing the home comforts that she had in our cosy little maisonette. It wasn’t long after that I had the epiphany to build a campervan, it was the perfect solution, not only could we travel wherever we wanted but we also had all the home comforts of a house.
Had you always wanted a van?
I have been attracted to vans ever since I learned to drive. I’ve owned many vans over the years, everything from vintage VW’s which I used to take to classic car shows and club meets, to more modern vans which I used for touring the UK with my band. This definitely had a direct influence on the decision to get another van.
How did you find time to do your van and what made you want to do it yourself?
We’ve always had a DIY attitude to pretty much everything we do. We’re both addicted to learning new skills and converting a van allowed us to learn a lot in the process. The motivation and willing to learn were there all along, the tricky bit was finding the time to do it. At the time of converting the van we both had full time jobs and Emily was also completing her Masters degree and free time was hard to come by. It took us around 18 months to convert and we worked on it almost every evening throughout that 18 months – many nights I would work right up until midnight.
What was the biggest triumph when it came to DIY and what did you learn from your mistakes?
The biggest challenge for us was probably the electrical setup as neither Emily or I had any previous experience with anything electrical. At first we even chatted about employing someone to do the wiring for us, but after lots of research we had built enough confidence to do it ourselves. I think the biggest lessons we learnt were firstly; try to not rush things, it’s so easy to just get stuck in and miss an important step which could result in wasted time or money and secondly to not put too much pressure on yourself, I had a habit of setting unachievable daily goals and getting frustrated when I couldn’t achieve them in that particular time frame. Don’t be too hard on yourself, one screw a day is still progress!
If someone is thinking of following in your tracks, what advice would you give them?
As cliche as it sounds, I think the best advice I could give someone is to believe in yourself. Do the research, ask questions and be confident with your abilities. We built this conversion with little previous experience, with only basic hand tools and we worked hard to afford it. Anything is achievable if you want it bad enough.
Did you need any expert help? If so, what and why?
The only real help we had was to gain knowledge from others that have experience in converting vans. We went to shows, spoke to random van dwellers and immersed ourselves in the van conversion community. Do keep in mind though; it’s important to take advice but equally important to trust your instincts. 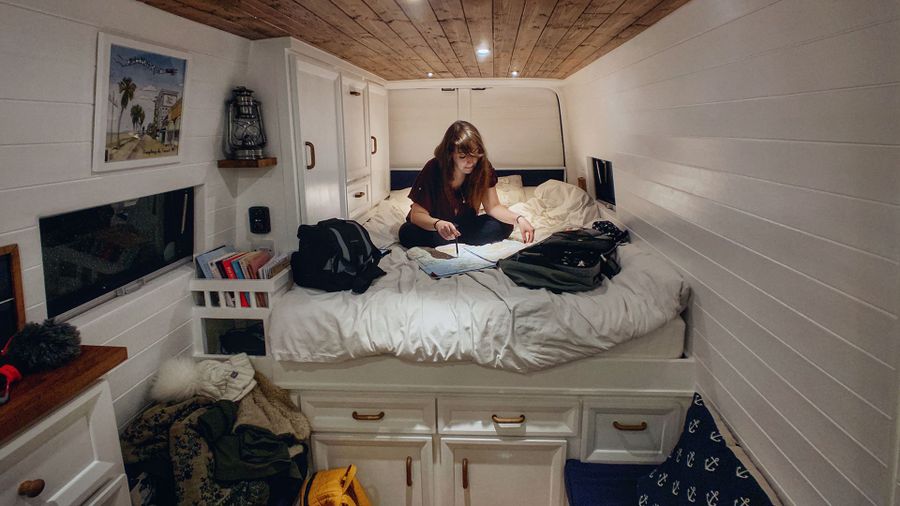 View gallery
Have you been surprised by the support and interest you've had from others?
We’ve been overwhelmed by the support and interest that we’ve had over the past two years, from friends and family to complete strangers sending us kind and encouraging messages. The timelapse video I did of the build has had over 100m views on Facebook alone, we could have never dreamed of those sort of figures! I don’t think it makes sense to everyone but the ones who do get it are unbelievably supportive and enthusiastic about the whole idea.
What has been the most enjoyable part of the build/adventure?
The reward at the end of it! Honestly, the best part about converting your own van is when you park up at the beach, open the doors and enjoy the view. It’s a beautiful thing having an ever-changing view from your front door. 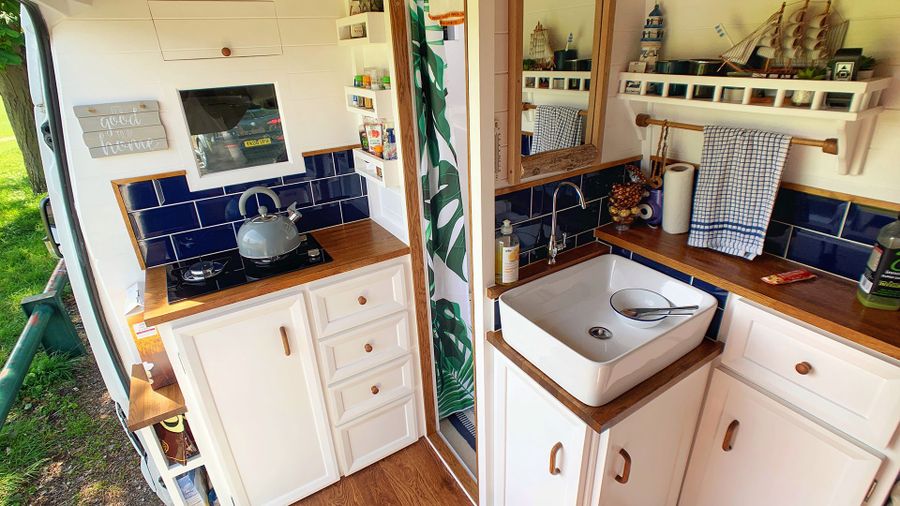 View gallery
Where are you currently and what is your next adventure?
We were planning to be in Europe by the end of this summer but unfortunately we have had the not-so-great news that I have a retroperitoneal liposarcoma, which is a rare form of cancer. But we’re still smiling, still travelling the UK and once we've have gone through the motions with the cancer treatment we’ll be back on track to exploring the rest of the world.
Any regrets?
Not doing it sooner!

Stay tuned
Follow the adventures of Rob and Emily on
theroadisourhome.com or visit their YouTube channel here 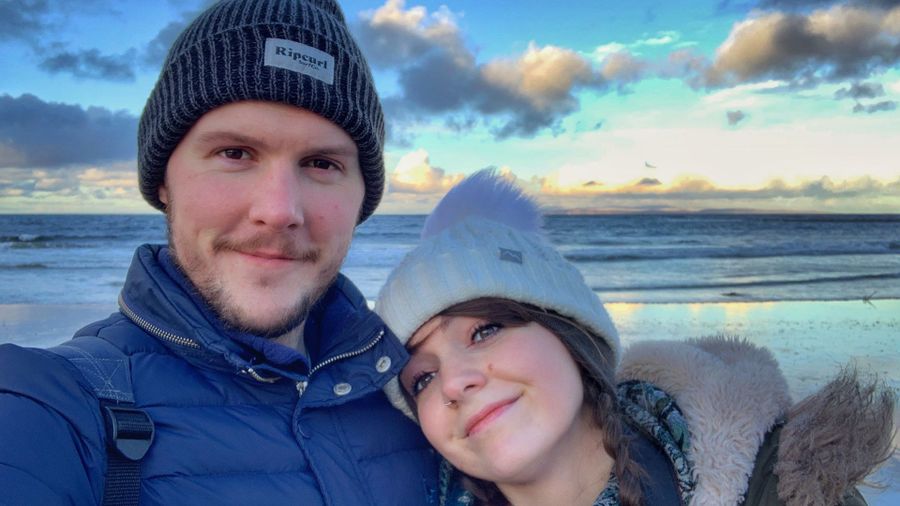 View gallery
Looking for your own project?
Search for Mercedes Sprinter vans here. 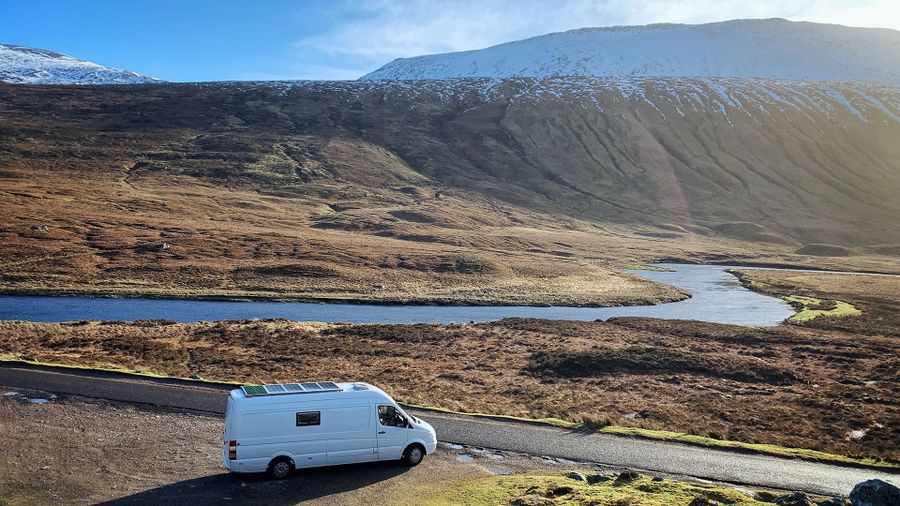 Inside a Mercedes Sprinter campervan conversion...
1/4