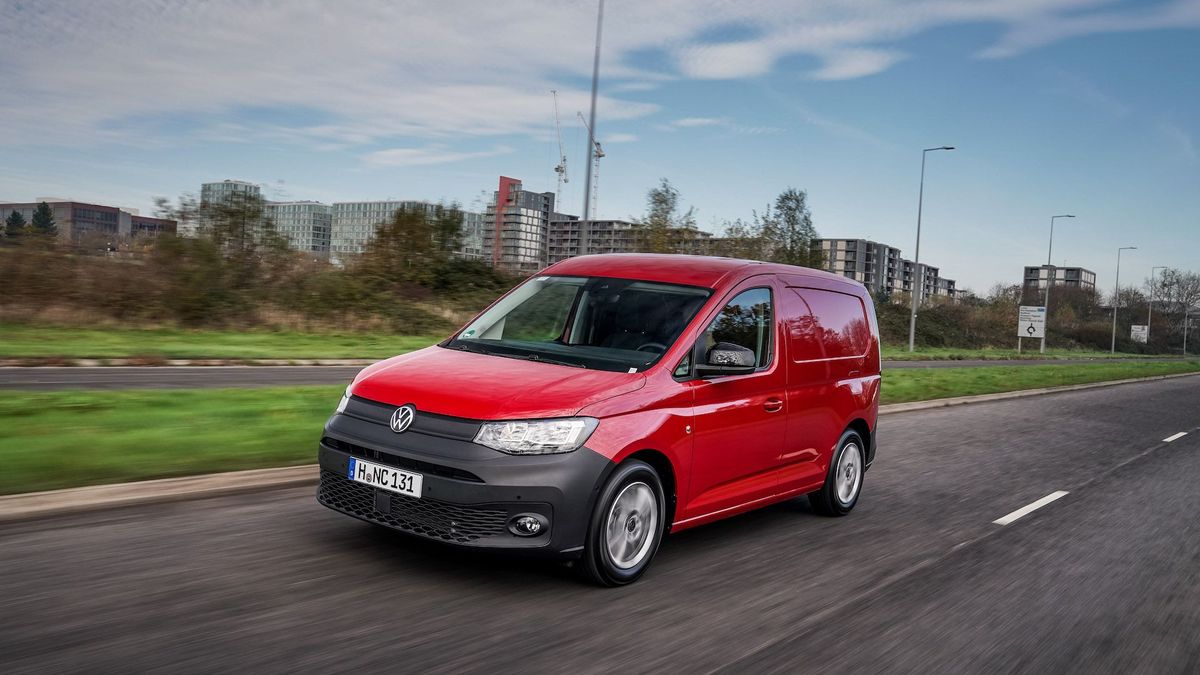 The Volkswagen Caddy has grown up inside and out, with a better driving experience and a smarter cabin making it a more appealing van than its predecessor. It doesn’t quite match up to some of its modern rivals on the practical front, with a payload that is short of the best in class and only two seats available in the front. The strong engines are an appealing factor, too, but those who want an electric option will be left disappointed.

Anyone looking at the 2021 Caddy’s dimensions might feel slightly confused. On paper it is longer, wider and taller inside, but seems to have a smaller overall loading bay in terms of cubic capacity. However, this is down to Volkswagen adopting a new method of measuring the overall space, so the company says that the new Caddy does indeed have more space than before.

That oddity out of the way, the loading bay is practical without being spectacular in its offering. There are two different sizes – the standard Caddy and the Caddy Maxi, with the latter 353mm longer than the former, with a marginally longer wheelbase.

Both are the same width inside – 1,614mm – while the Maxi is fractionally (3mm) taller. There is only the one height available, as is the case with all the major rivals. It measures up favourably with the main rivals – the likes of the Citroen Berlingo offer a marginally longer and narrower loading bay, but there are millimetres in it.

The payload is main area where the Caddy doesn’t measure up well against its rivals, as it only offers a maximum carrying capacity of 700kg (although that is allowing for a 75kg driver) whereas there are several other options in the small van class that will allow you to carry more than 1,000kg. Many of the models don’t quite reach that level, either, with a payload around the 650kg mark a more common one in the range.

Despite the wide array of technology, there is nothing like the overload sensor offered in the Citroen/Peugeot/Vauxhall rivals either.

The cabin has a decent array of storage places, although none are huge. That said there are plenty of little spaces to put smaller items – in front of the gear lever, in the door pockets and above your head among others.

Passengers will enjoy a generous amount of room, too, but this is aided in part by the fact that there are only two seats in the cabin. Some, but not all, rivals will let you squeeze a third passenger in the front, but it always feels a bit tight to do so, so perhaps the Caddy has the right idea. 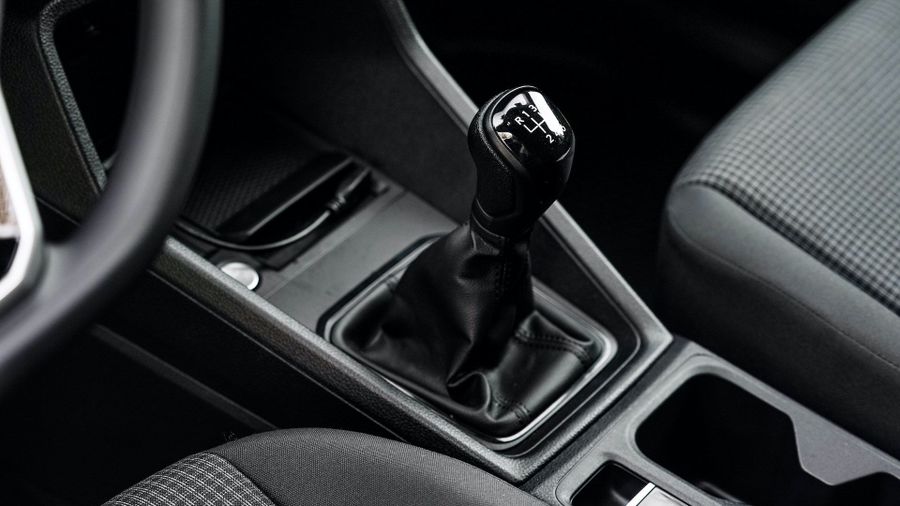 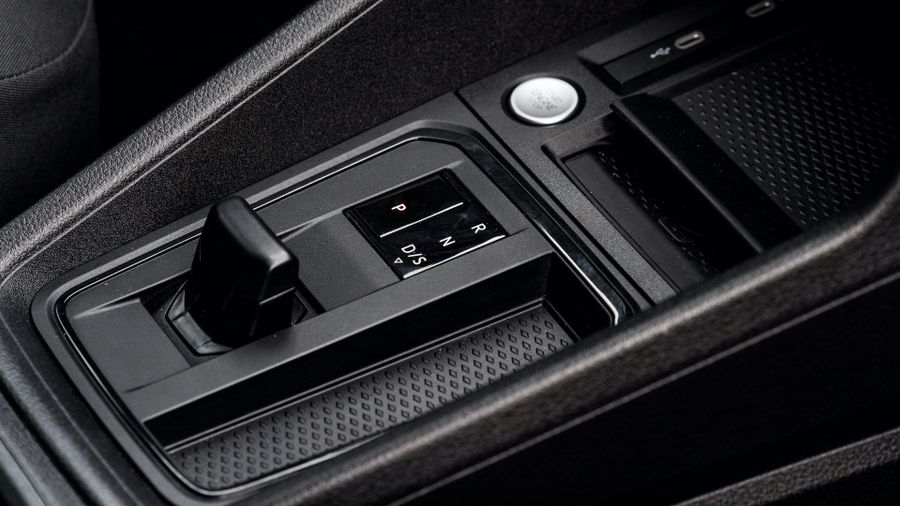 The Caddy’s interior has taken a huge step up versus the old model, with a smart layout and a high level of technology on offer. The materials feel durable and are all relatively similar in their construction, but with a few different finishes to the surface materials to make it feel as though there is a bit of variation.

The technology available is a huge step up, too. The basic model gets a colour touchscreen, the ability to connect through Bluetooth and USB-C and the potential for VW’s App-Connect. It is a shame that the latter is only available as an option, though, even on the highest trim level.

The seats and driving position are what you would expect of a VW – spot on with plenty of adjustment. Even the basic model gets height-adjustable front seats, and there is enough room to slide the seat backwards that taller drivers should still be able to get comfy.

The technology in the cabin is a blessing in some areas, with the screen on the higher models a slick and impressive setup. It’s a 10-inch colour screen with the majority of the functions controlled through it. It’s simple to use in the main, with the now-expected pinch and swipe gestures controlling most elements. Although there is a handy row of physical buttons below the screen for things like the heating and volume, it’s a shame that you have to control some elements like the heated seats through the main screen. This makes it a little trickier to turn them off or down if things get a little hot.

The other area where technology is arguably too intrusive is the light controls – they are also controlled by a touch-screen. In this case, though, it is a small one situated on the door-side of the steering wheel. It might look neat, but it is fiddly and will be tricky to operate wearing gloves. Given you’re more likely to need lights in the colder months, this might annoy more drivers than you would first imagine.

The fuel economy ratings for the Caddy are incredibly impressive, with all the diesel models boasting an official figure in the mid-50s or higher. There is a choice of a six-speed manual gearbox and a seven-speed DSG automatic, with the latter taking the official economy down a couple of mpg, but no more.

There is a petrol version bound for the UK, too, and this boasts an impressive mpg rating in the mid-40s. The only blight on the Caddy’s running costs is the lack of an electric version with all the benefits that come with such vehicles. If you want a Caddy you will be subject to the various taxes, congestion charges and servicing premiums that come with a conventional diesel or petrol engine.

The Caddy is a brand-new van in almost every sense, so it is impossible to say for sure how reliable it will be. The indications are good, though, with the other passenger vehicles based on the same underpinnings as the Caddy proving reliable in recent years. Volkswagen Commercial Vehicles also has a good reputation for reliability.

The three-year warranty isn’t the longest in the class, but 100,000-miles of cover is decent.

There are three diesel engines in the Caddy range, with a selection of power outputs running from 74bhp to 100bhp and 120bhp at the top end. All three are versions of the same 2.0-litre engine. There is also a petrol engine on the way to the UK, which is a 1.5-litre engine with 112bhp.

The usual rules apply, with the least powerful model more geared at those wanting to stick around town while the more powerful models are better all-rounders. The middle engine will be the best bet for the vast majority of owners, though, as it has enough pull low down to feel comfortable on hills and with a heavier load on board.

One of the best bits about the new Caddy versus the old one, though, is the six-speed manual that comes as standard. It means that even the lower powered models feel happier at cruising speeds, where they felt strained and noisy previously.

The Caddy is, on the whole, much quieter than the previous model, which felt loud and booming at times. The engines are smoother and quieter and compare favourably to the class best in terms of the noise in the cabin. Listening to the radio or talking to your fellow passenger can be done at a normal level.

By using the same platform that sits underneath popular and strong-handling cars like the Golf, Volkswagen has ensured that the Caddy is a relaxed and impressive van to drive. It is wonderfully comfortable and smooths out bumps with barely any fuss at all, even with an empty loading bay so there is nothing pressing down on the rear suspension.

It’s almost identical to the passenger version of the new Caddy in how it handles, and will be incredibly unintimidating for anyone not used to getting behind the wheel of a commercial vehicle.

The steering is sharp too, much more so than the old Caddy and sharper than rivals. This means you end up tweaking the wheel a little bit while you get used to it, but it takes little time to do so.

One thing that will take longer to get used to is the active steering system. It is very quick to intervene when it feels that you are drifting out of your lane, even if said lane is a single-carriageway rural road. It will make a loud noise and then interject with a steering correction far earlier than you might expect. The movements it makes are not huge, so you won’t feel the van being tugged out of line, but it is intrusive enough that some may choose to turn it off – something that can be done in the menus on the touch screen.

There are several new and useful systems on the VW Caddy that make it safer and easier to drive. The Travel Assist brings the steering assistance that is mentioned above, which won’t be to everyone’s taste, while VW’s Trailer Assist is available on the Caddy for the first time. This helps out with reversing and makes is simple for even an amateur.

Brake Assist, a driver alert system, front assist with pedestrian monitoring and an emergency call system that alerts the necessary authorities in the case of an accident are all standard. The other bonus is that both driver and passenger get an airbag as standard – often just the driver gets a bag.

There isn’t much more included on the safety front as you go up the trim levels – an alarm is the major inclusion on the top-level model – and you have to go to the options list to add more.

There isn’t anything in the way of overload sensor, though, as you get on some key rivals.

There are three trim levels on the VW Caddy, with new names introduced for the 2021 model. The entry-level version is the Commerce, moving up to Commerce Plus and then Commerce Pro.

The standard kit on the Commerce includes a single side sliding door on the shorter model or two sliding doors on the Maxi, a DAB digital radio with a 6.5-inch touch screen and Bluetooth and USB-C connections, a solid bulkhead, cruise control, electronic parking brake, height-adjustable seats and a multi-function steering wheel.

The Commerce Pro then adds alloy wheels, front and rear parking sensors, a heated windscreen, an armrest for both driver and passenger, auto lights and wipers and a 10-inch colour touchscreen with satellite navigation.

It’s a shame that none of the models come with App-Connect, which allows you to connect your phone through Apple Carplay or Android Auto, as standard – it is a cost option only. 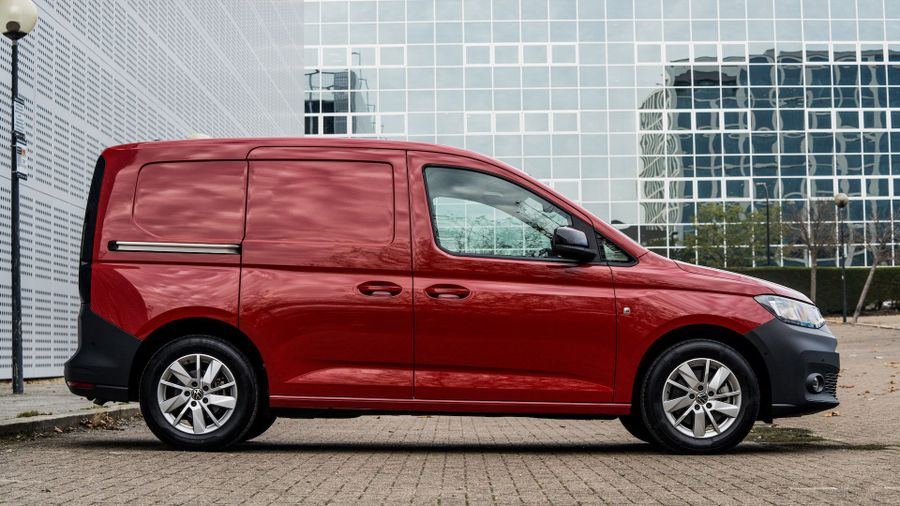 The 2021 version of the VW Caddy is a huge step forward over the previous model, and improves on it in almost every area. It is bigger, quieter, better to drive, has more technology and is more efficient.

Despite these improvements there are still cases to be made for picking its rivals over it, with the limited payload and lack of electric version both shortcomings.

It is very competitively priced, though, so it should definitely go onto the shortlist of anyone looking for a small van. 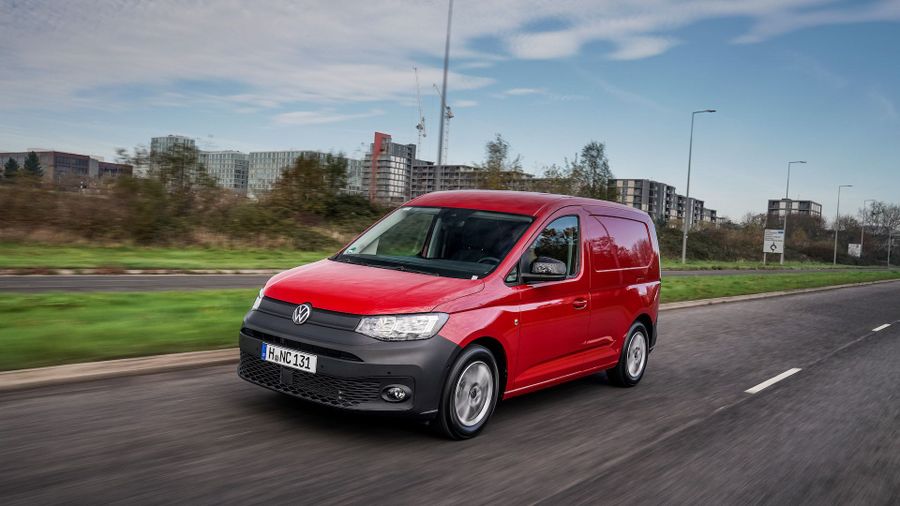