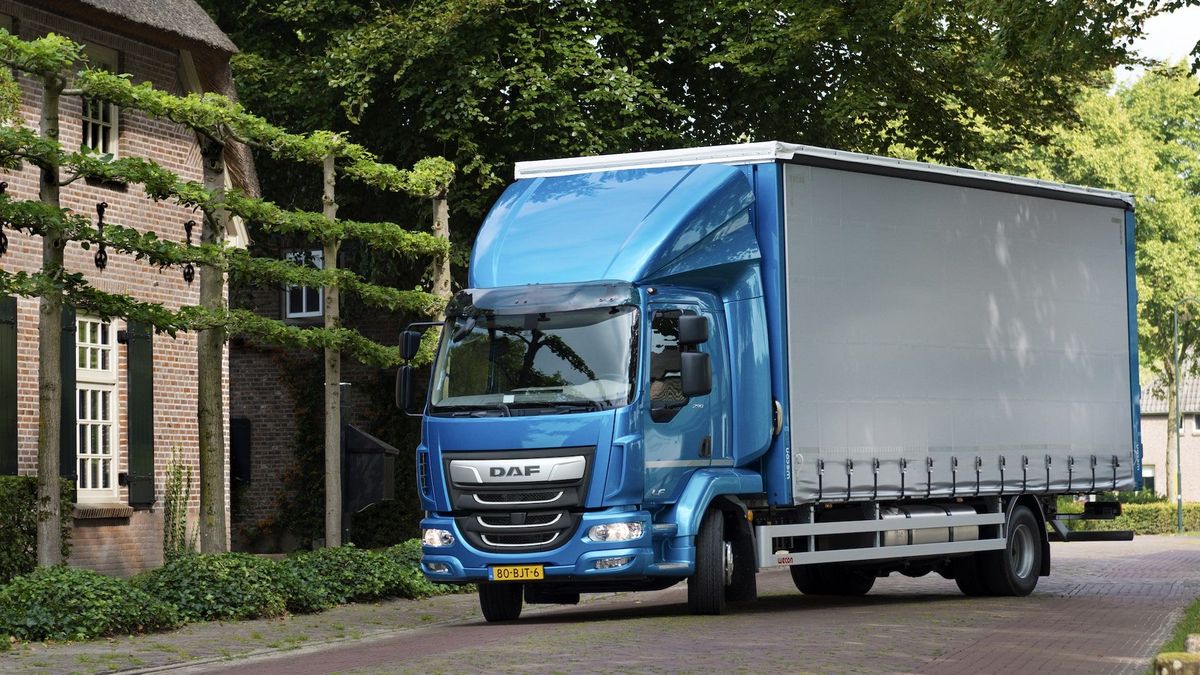 View gallery
1. DAF LF45
The DAF LF45 has been hailed as ‘the perfect distribution truck for both operators and drivers.’

These trucks have optimised powertrains to achieve maximum fuel efficiency. They are popular due to their comfortable interior and great visibility for the driver in the cab, which combined offer an enjoyable driving experience.

The DAF LF45 has enjoyed unrivaled success thanks to its reputation as a lightweight, cost-effective and no-nonsense chassis-cab with a decent, reliable engine, its perfect for urban distribution and regional distribution.

It is easy to drive, comfortable and performs very well on the road. The LF range is the smallest of the DAF family.

If the DAF LF45 sounds like the truck for you, you can find it on our site here.
2. DAF CF85
DAF launched their first CF back in 1992, the aim of this truck was to offer a smaller cab than the XF. The 85 part of the name is to place it as a follow on from the Leyland Daf 80-series, which was a Leyland Roadtrain with DAF’s 11.6-litre WS engine.

The CF85 has a modern looking cab, which is great because that’s where you’ll be spending most of your time. Before the 2000’s, the CF was criticised for having a small cab, so any trucks released after that date have been an extended length (5.5ins) and have a high-roof Space Cab option.

In 2011, DAF also introduced fuel saving measures to the DAF CF range, these include pistons made of aluminium (except on the 510hp rating) to save on weight, more effective oil-cooling and an engine-idle shutdown timed to cut the engine after five minutes of idling.

The DAF CF85 is incredibly versatile as it has a broad range of applications, ranging from agricultural livestock transport, through to heavy duty construction and quarry tipper trucks. It is relatively cheap and it’s reliable.

If the DAF CF85 sounds like the truck for you, you can find it on our site here. 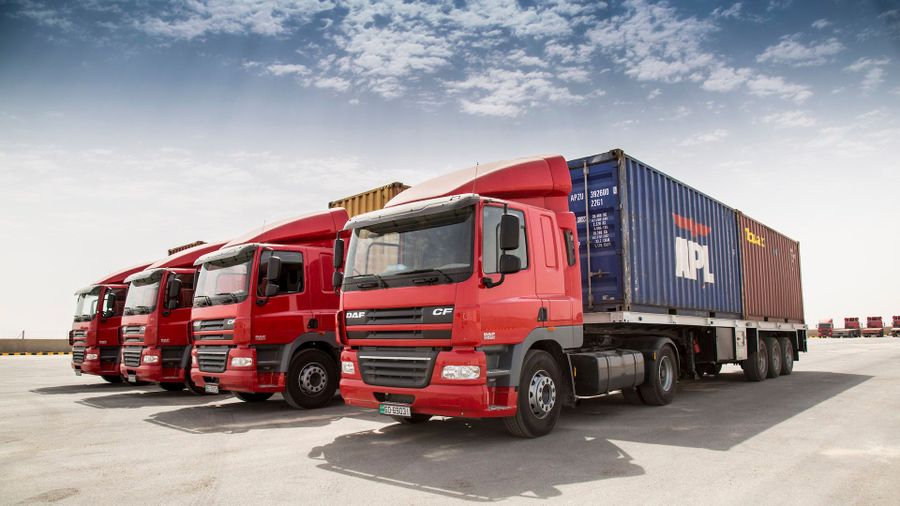 View gallery
3. DAF XF
The DAF XF is one of the bestselling trucks in the UK, this tractor unit is often the benchmark by which all other trucks are measured.

It has a reputation for being a safe pair of hands. It is a good reliable truck, suitable for any type of operation and with the biggest dealer network in the UK for service and aftermarket.

While it lacks a ‘big engine’, operators are happy with the cab options, the choice of driveline and its performance across many sectors of the industry that go to make it one of the bestselling tractor units on the British market.

If the DAF XF sounds like the truck for you, you can find it on our site here. 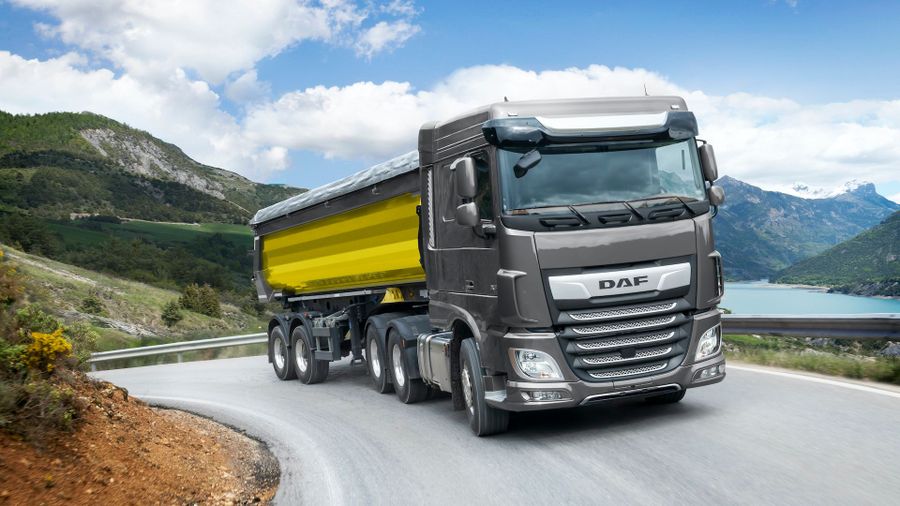 View gallery
4. DAF CF75
From a simple specification designed for fleet purchases, the DAF CF75 has built a reputation as a hardworking, versatile truck suitable for all sectors of road haulage.

The DAF CF is a versatile vehicle, available as a rigid or tractor unit, it’s light and it is all round great value for money, if you’re looking for a DAF truck this one definitely deserves some serious consideration.

The engine makes the CF a genuine asset to the fleet, and you can lift residuals if you go down the options route.

Many hauliers cite operational reasons to buy it; light, ideal for the bulk market; affordable, ideal for the own-account and truck hire; versatile, ideal for the utility and specialist markets; and smaller; a narrower cab for access and catering for sectors like car transportation.

If the DAF CF85 sounds like the truck for you, you can find it on our site here.
5. DAF LF55
The DAF LF55 is a larger version of the DAF LF45 mentioned in number one. This is a popular model within the ‘DAF LF’ series - this particular model has a gross vehicle weight of 12-21 tonnes and offers a Maximum Train Weight of 32 tonnes.

The chassis is made of steel, making it a strong (but still lightweight) chassis for high payloads.The chassis is completely flat, which means it is versatile so you can use it for lots of different jobs.

This larger LF can carry more weight, and is an ideal candidate if you want to keep below the 21 tonne gross vehicle weight. LIke all of the DAF ranges, the chassis’s are versatile and can be used right across industry.

The DAF LF55 is easy to drive, comfortable and performs very well on the road.

If the DAF LF55 sounds like the truck for you, you can find it on our site here.
5 Best DAF Trucks image gallery 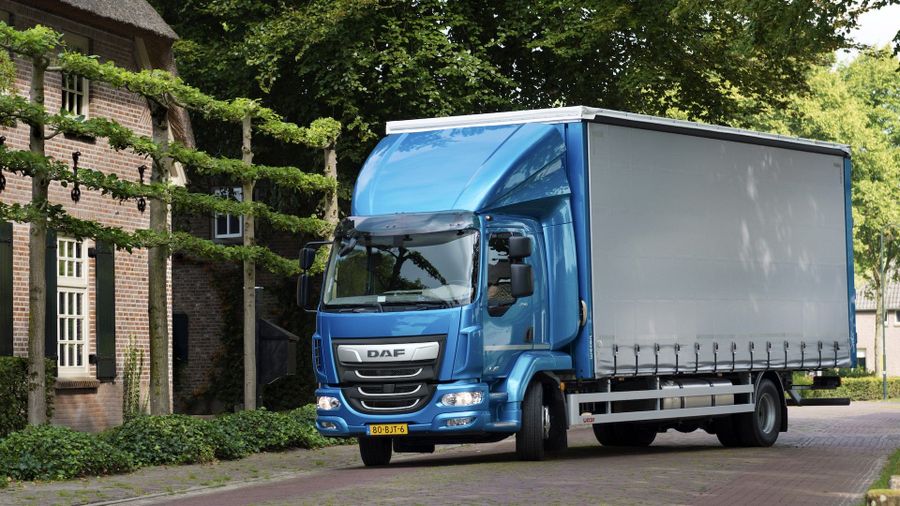