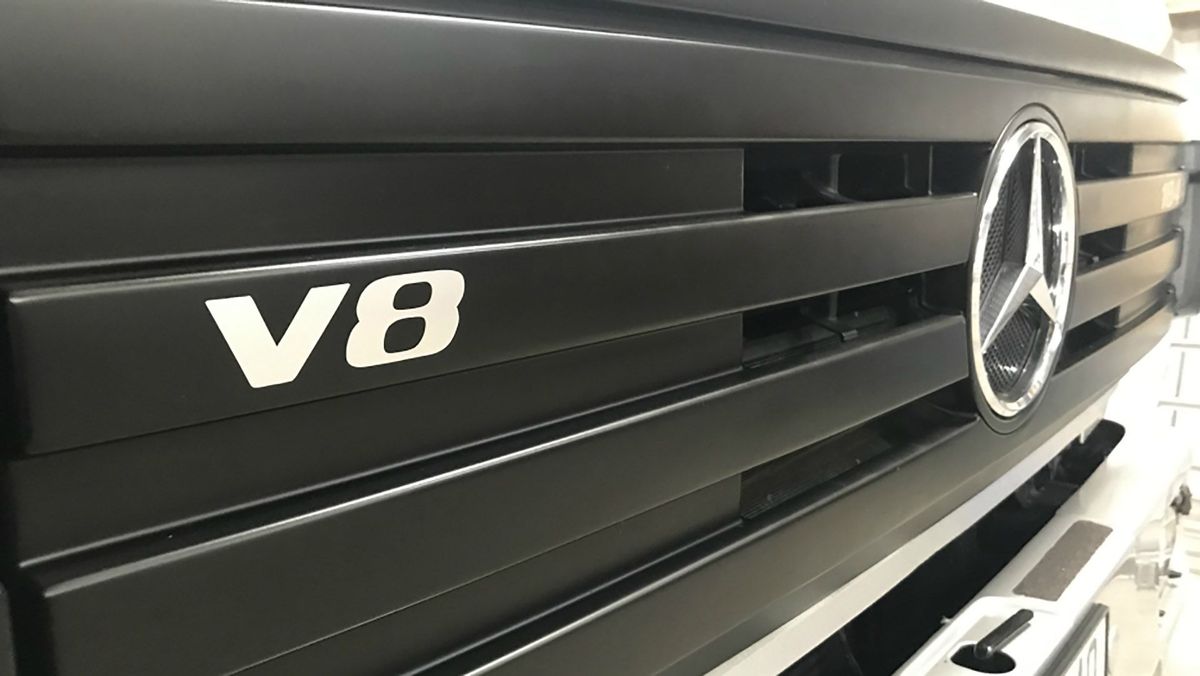 View gallery
Joe and Craig Finnie both have a passion for trucks and their rare 1996 Mercedes-Benz SK Eurocab has been a family restoration project that has lasted for many years. They’ve finally been able to complete their project and are now happy to show it off to the public.
A Passion For Trucks
Joe was a self-employed trucker for over 30 years throughout his time only purchased Mercedes-Benz trucks. He “always rated Mercedes-Benz Trucks for their bullet proof V8 engines and general all round reliability”. Once he partially retired, Joe couldn’t stay away from the trucks that he has been so passionate about and was quick to jump back on a project that he and his son Craig could work together on.

Mercedes-Benz SK is a range of trucks that was first introduced in 1989. Most of the fleet was exported out of the United Kingdom between the 80s and 90s but the father-son duo was lucky to spot at 1996 Mercedes-Benz SK Eurocab in 2016. The owner was originally reluctant to the vehicle which he personally restored, but a year later he was open to the offer which Joe and Craig immediately accepted.
The Restoration Process
Joe and Craig bought most of their parts from other countries such as Germany. The long list of parts included a 600 litre Mercedes-Benz fuel tank and supports, EPS gear stick, electric sunroof, Webasto night heater, an original Mercedes-Benz stereo, the front grille, a roof wind deflector, roof lining, FIAMM air horns, the exhaust system, roof lining and even the interior carpet. The chassis and cab were also resprayed and they fitted Alcoa Durabrite wheels.

Despite all of the renovations and upgrades, the duo worked hard to ensure that it was kept as original as possible in order for the vehicle to appear as close as possible to its original. The original red and silver paint is close to the original fleet based on the Mercedes-Benz demonstrator model that appeared in the 90s.

The vehicle itself isn’t on the road as much now, but Joe is still convinced that the vehicle “drives as well as any modern truck and would still be more than capable of a good days work at 40 tonnes gross, with ease”. Joe often takes it to trucking shows where it instantly becomes a favourite, especially considering the right-hand drive model that he owns which has become a rarity in the United Kingdom. His restoration process with Craig has generated a lot of praise and attracted many nostalgic comments from fellow trucking fans.

The 1996 Mercedes-Benz Eurocab isn’t their only restoration project. They also have an 1844 SK with a G Cab which is currently undergoing a full restoration with new internals. Joe and Craig are the perfect example of a father-son team that both share an immense passion for their craft and have created something spectacular thanks to their teamwork.
Father and Son Team Restore 1996 Mercedes-Benz SK Eurocab image gallery 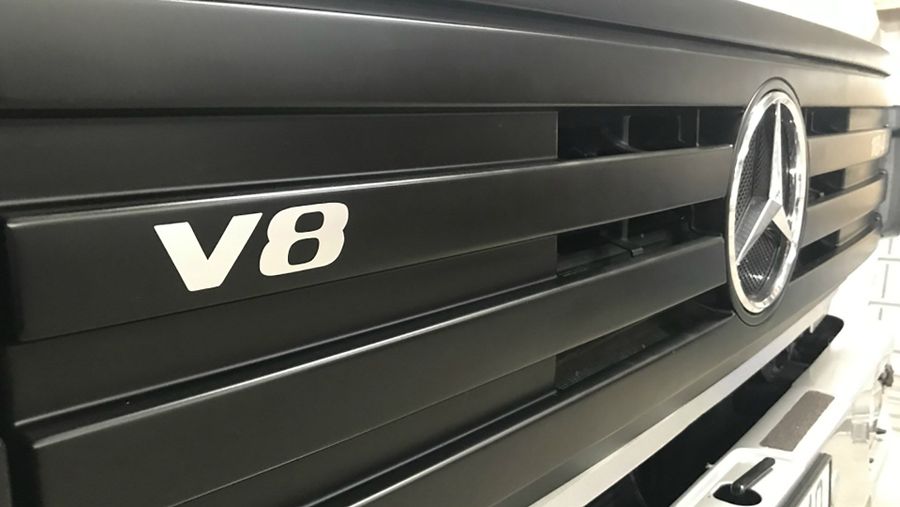